Despite flying being the single fastest way to grow our individual carbon footprint, people still want to fly. Passenger numbers even grew by 3.3% globally last year alone. The hype around “Flygskam” – a global movement championed by climate activist Greta Thunberg that encourages people to stop traveling by plane – seems to have attracted more media attention than actual followers.

A 2019 survey found that although people in the UK were increasingly concerned about aviation emissions – they were also more reluctant to fly less. This might reflect how flying has become normalized in society, aided by ticket prices which are on average 61% cheaper in real terms than in 1998. I’m increasingly asked by peers about how they can fly “sustainably”, the “greenest” airlines, or the “best” carbon offsets to buy. People want to avoid flight shame, without avoiding flights.

The industry has reacted quickly. Websites like Skyscanner, used to compare flight options between destinations, now show customers a “greener choice” – displaying how much less C02 a certain flight emits, compared to the average for that route. These green choices are determined to be flights that use more direct routes, airlines that have newer aircraft, or can carry more passengers. 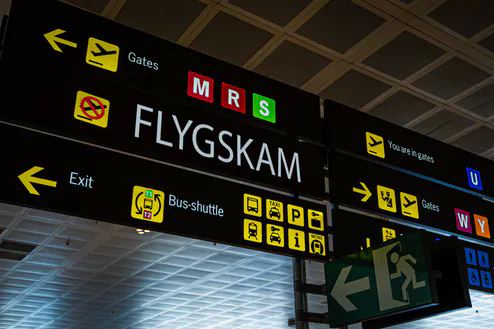 While there are cases where two airlines operating the same route can produce very different emissions, on short-haul routes, emissions differences are invariably small – usually less than 10%. The greenest option would be to travel by train, which has as much as 90% fewer emissions than equivalent flights. However, Skyscanner stopped showing passengers train options in 2019.

Meanwhile, popular budget airline Ryanair – whose CEO only recently admitted climate change isn’t a hoax – now claims to have the greenest fleet of air planes in Europe. The company’s modern, fuel efficient planes – alongside its ability to fill them with passengers – does make it the “greenest” air travel option out there. However, Ryanair had a total of 450 planes in operation in 2019 (compared to only 250 in 2010) – meaning that despite its fuel-efficient planes, the sheer quantity of fuel they burn is why they were named one of Europe’s top ten polluting companies in 2019.

Last year also saw carbon offset schemes become popular. These schemes allow passengers to pay extra so their airline can invest in environmental projects on their behalf – thereby making a flight theoretically “carbon-neutral”. British Airways now offsets all of its customers’ domestic UK flights, while Ryanair also has a scheme allowing passengers to buy offsets for their flights, with proceeds going to projects including a whale protection scheme – which appears completely unconnected to reducing carbon at all.

Easyjet has also started buying offsets on behalf of all its passengers – costing a total of £25 million a year. This has apparently been a successful PR move, with internal research finding that passengers who were aware of the offsetting policy were more satisfied with their flight than customers who didn’t know. 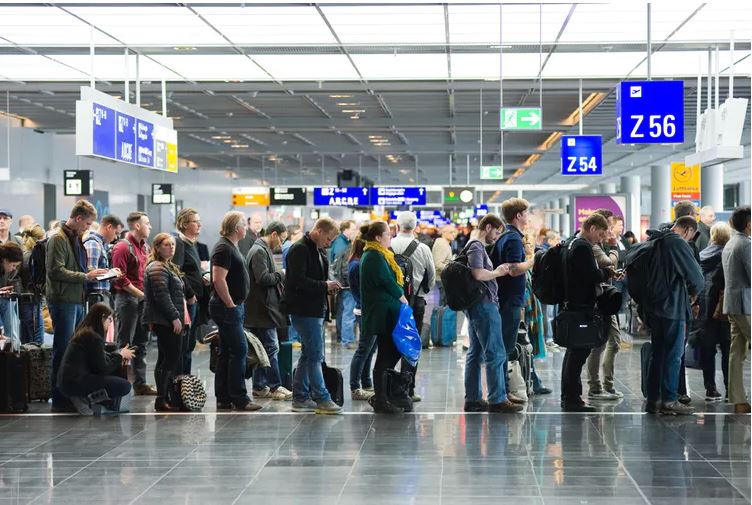 Passengers might feel satisfied, but whether their offsets actually reduce carbon is less clear. Critics question the time-lag associated with offsets, especially tree-planting schemes. A plane that flies today pollutes today – but a tree planted today won’t remove carbon for years. As for “avoided deforestation” projects, which aim to protect existing trees, proving these trees wouldn’t have survived without offset funding is almost impossible.

Airlines often claim that their offsets save high levels of carbon, at a conveniently low price. For example, Easyjet only invests £3 per tonne of carbon it emits in a carbon offset scheme. But such a low-ball investment might not even be able to give these carbon offset schemes the finances needed to actually offset the effects of one tonne of carbon. For context, the EU Emissions Trading Scheme currently trades carbon at £21 a tonne, and the Intergovernmental Panel on Climate Change thinks carbon should be traded at a minimum of £105 a tonne. Newer, and more expensive offset models – which extract carbon directly from the air look promising – but are hard to scale up.

The other danger of these cheap offsets is that travelers might believe they solve the problems caused by flying – so they won’t change their travel behavior. Indeed, one government minister even argues that there’s no need for people to fly less, because low-carbon and electric flights are around the corner. Despite reports that solar or battery-powered planes are coming to the rescue, current plane technology is going nowhere fast.

This is partly because jet fuel on international flights isn’t taxed, which leaves little financial incentive for the industry to invest in big technological shifts. Aircraft manufacturers Boeing even predicts it will produce 44,000 planes by 2038 to accommodate the 8 billion passengers flying each year by then. Those planes will look, sound and pollute much like today’s ones.

Aviation is currently forecast to account for almost a quarter of global emissions, and be the UK’s most polluting sector in 2050. And if the government’s recent bail-out of failing airline Flybe is anything to go by, aviation will continue to be let off the hook.

Carbon offsets and “greener” tweaks might only help to further rationalize the status quo, and prevent tougher policies from coming into play – such as taxing frequent flyers, or stopping airport expansions. But as climate-related natural disasters become more common, radically changing our attitude to flying will soon be unavoidable.

By Roger Tyers, Research Fellow in Environmental Sociology, University of Southampton. Tyers has received funding from the Economic and Social Research Council. This article is republished from The Conversation under a Creative Commons license. Read the original article.