As we lick our Valentine card envelopes and slip into something more comfortable, it’s a good time to ponder our sexual relationships.

As the first entirely digital generation and the largest demographic in western history, Generation Z, those born in the late 1990s and early 2000s, is the subject of extensive research. Often considered to be entitled, dependent and lacking real-life skills, these youth also display considerable resilience and creativity. This adaptive flair extends to their navigation of sexuality and relationships, which are in flux stemming from factors like digital dating practices, lower marriage rates and rising income inequality.

What about their sex lives? Sometimes described by popular news media as the hyper-sexual “hookup generation,” other news outlets explain that this generation is less sexed than previous youth cohorts because they have fewer partners. 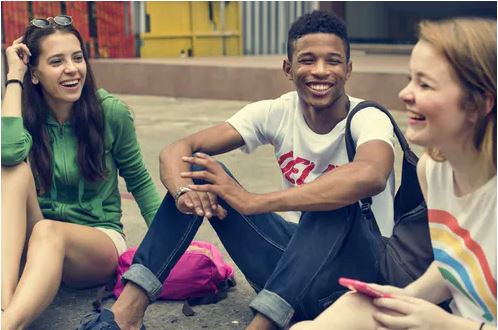 Generation Z has been maligned as the hook-up generation. But is this what they want? Shutterstock

Which is it and what does dating even mean? What drives young peoples’ decision-making about the kinds of relationships they engage in?

I recently posed these questions to undergraduate students at Western University — participants in my qualitative study about sexual culture. I conducted individual interviews with 16 women and seven men from diverse socio-cultural backgrounds and sexual orientations, including gay, lesbian, bisexual, bi-curious and straight. I’ve included some of their responses here. I have not used any of their real names.

What I learned from their diverse relationship structures and terminologies was fascinating and confusing, even to a seasoned sex researcher like me. Boyfriends and girlfriends are passé. Seeing people, hookups and friends with benefits are where it’s at.

Based on my preliminary findings, the current Generation Z dating culture in Ontario is defined by sexual flexibility and complex struggles for intimacy, which is difficult to achieve in the fluid relationships they prefer.

Some participants called the beginnings of their relationships “wheeling.” This term was typically used in high school. “Seeing someone” is more commonly employed in the university context to describe the onset of a casual relationship with one or more partners.

Some of my participants are from Toronto. In that city, Jay explained, “dating” implies a formal relationship. Instead, they say something like, “it’s a thing.” In the city, some who have been influenced by Jamaican culture call it a “ting.” 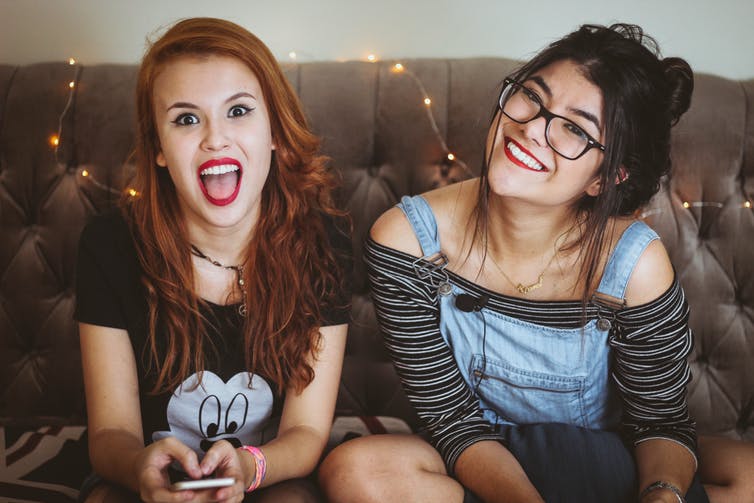 Youth participants said they feel one of the reasons they and their peers avoid committed relationships is to avoid getting hurt. They also said they struggle to find intimacy. Matheus Ferrer/Unsplash

Ellie (not her real name) confirms this:

“Dating is a more substantial term that indicates longevity. I think people are scared of saying ‘we’re dating’ [so] for a while they’re like ‘a thing.’”

Many students also engage in casual relationships to protect themselves from being hurt. Pearl (not her real name) said:

Trust issues and the risk of the unknown also come into play.

Lovers in a hyper-sexualized time

Many participants discussed being evaluated by peers based on their carnal accomplishments. Being sexual is a key social and cultural resource, as Ji shared:

“It’s a very sexual environment, people wanna like, everyone is looking to fuck and sex, I’ve been pushed by female floor mates to go dance with that girl and I don’t want to. And she’s like ‘You need to fuck someone tonight’ and I’m like ‘Do I?’ that kind of thing, the pressure.”

Chris identified the factors behind the emphasis on sex, namely the fear of intimacy and the social expectation that ‘everybody’s doing it:’

“I think people are also afraid to say that they want that intimacy because it’s such a culture right now it’s so like ‘just have sex.’ No one really says, ‘I want to cuddle with you’ or ‘I want to spend time with you’ …Everything is…just about sex, everyone is supposed to be hypersexual and that’s the expectation.”

For many students, their university years are a transformative time intellectually, socially and sexually, which was reflected in my study findings.

While it may be tempting to discredit young people’s sex lives as fleeting, my participants demonstrated a remarkable capacity for change, sexual desire and emotional complexity.

Can they train hearts for new relationship patterns? Is it good for them?

By Treena Orchard, Associate Professor, School of Health Studies, Western University. This article is republished from The Conversation under a Creative Commons license. Read the original article.