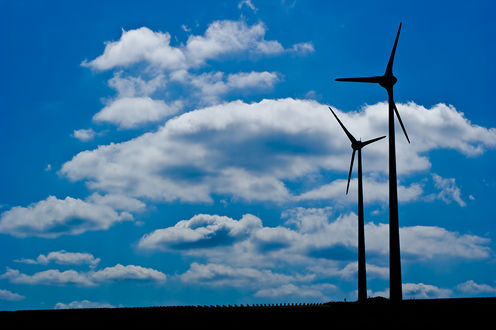 State-of-the-art at that time, they left their competitors behind on Germany’s Autobahn. Mercedes is still here today, but the Autobahns are not what they were: Germans fear that two decades of neglect after reunification might have seriously damaged the country’s once superb infrastructure.

Similarly, Germany once possessed one of the world’s most well engineered power systems. Yet in 2014 the country urgently needs new power grids – or “stromautobahnen” (electricity highways) –- to keep supply stable in the face of growing proportions of volatile renewable energy. There are concerns over whether it can keep pace with the phase-out of nuclear power, a decision taken in the wake of the Fukushima disaster three years ago.

Nuclear helps to stabilise demand on the grid but eight out of 17 reactors have now been shut down, with the rest due to close by 2022.

Electricity generation from renewables has risen lately to new unprecedented highs, overtaking lignite coal to become the number one single source in the nine months to September 2014. This is part of the government’s policy of “energiewende” – the rapid transformation of the power system towards green energy. The stated target is for renewables to provide 55% to 60% of German electricity by 2035 – among the most ambitious in the world. 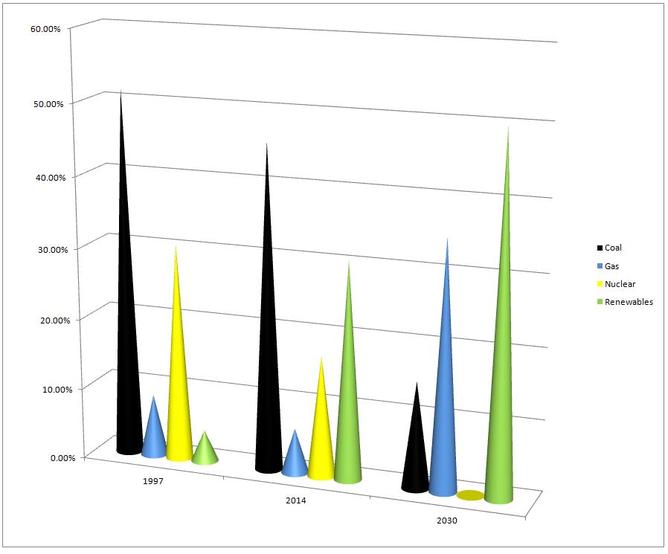 But there are doubts as to whether it is realistic, and whether it might turn out to be harmful for Germany’s industry. One indicator is that electricity tariffs have almost doubled since 2000, for example. Meanwhile CO2 emissions have not decreased, but actually increased over the last few years because coal-fired power has been on the rise while nuclear wanes.

It is also no secret that Germany’s energy companies are not doing well, as pointed out by the chief executive of French rival EDF recently in a general attack on the state of the German energy sector. Both RWE and E.ON have had to accept huge write-downs in the value of their domestic nuclear and fossil-fuel-powered assets.

Is Germany thus in the process of sacrificing the once famous reliability of its power sector for little more than problems? And if so, what might be the way forward? Back to nuclear energy? Brunsbüttel in northern Germany is among the nuclear stations to have closed. Wikimedia

The disastrous state of Germany’s repositories for radioactive waste such as Brunsbüttel and Asse in the north are not encouraging. And public support for both renewables and nuclear phase-out is still great. But further afield the German decision to live without nuclear has perplexed many observers.

To the great amusement of the participants at a business conference in Berlin in 2010, Vladimir Putin offered the Germans firewood from Siberia to heat the country once its nuclear power stations had been switched off. Clearly the energiewende has not exactly impressed the Russians.

How about others? Japan, which has more reason to back the energiewende than almost anyone, is relaunching its nuclear program. The United States is happy with its shale gas, and at home in Europe, not many countries have joined the Germans either. On top of this, Günther Oettinger, Germany’s accomplished top official in the European Commission, is no longer responsible for energy.

It would seem then that Germany’s energy policy has not many influential supporters left.

There remains the idea to sell German-engineered green tech to the world. Siemens is a world leader in renewable technology, for example. Yet the technical level of difficulty is not necessarily high enough to serve as the basis of a high-tech industry in which the Germans can have a competitive advantage in the long term – it is too easy for other players to fabricate equivalent structures. This was illustrated by the Desertec project to build huge solar parks in the North African desert. It collapsed, where Siemens had already walked away a few months earlier.

It wasn’t seen as a big deal for the Germans, since many components for the project may have come from China anyway. If the same thing happened with the production of wind turbines, however, it would be a serious setback to the idea of Germany relying on green tech as a base for future industrial production because it would be undercut by other countries who could make the same products more cheaply. Solar provides 7% of German power, but the technology is too easily replicated. nuffcumptin, CC BY

But most things in life have two sides. The great hope is that German engineering will once more surprise the world with technical solutions for difficult problems in difficult times. The central issue is the power grid. One of the key challenges is to find an electricity storage mechanism that can allow a quick and flexible response to changes in the amount of wind and solar power – currently the availability drops when the wind stops blowing or the sun stops shining.

Another big challenge is persuading consumers to react more flexibly to these ups and downs, most likely by altering the price of power accordingly. Solve these problems and the fact that renewables have no fuel costs would make them a serious alternative to other energy sources.

The power grid and its components, not Putin’s firewood, could become the “wunderwaffe” (“wonder weapon”) able to solve Germany’s energy problems. But these new techniques need to be affordable, otherwise the effect will be negligible and only perpetuate the existing problems.

To end on a positive note, there is one much less debated issue around the country’s nuclear phase-out program. If Germany sticks with its chosen course, the development of third-generation nuclear plants will be in the hands of countries such as France, Britain and Poland. But German industry is famous for its ability to occupy profitable technological niches.

Given that there are many nuclear power stations to be dismantled, and a lot of nuclear waste already rotting in the country, the Germans will have to find solutions to deal with it. If they still are the engineers they used to be, they will.

This could become a very lucrative thing to then sell to the rest of the world.

Thomas Sattich, Associate Researcher Environment and Sustainable Development at Universität Bremen, is affiliated to the Institute for European Studies at the Vrije Universiteit Brussel. This article was originally published on The Conversation. Read the original article. Top image: Peter Hellman, CC BY-SA