Great Barrier Reef: High-tech Fertilizers And Other Science To The Rescue
By The Conversation | September 23rd 2015 11:30 AM | Print | E-mail 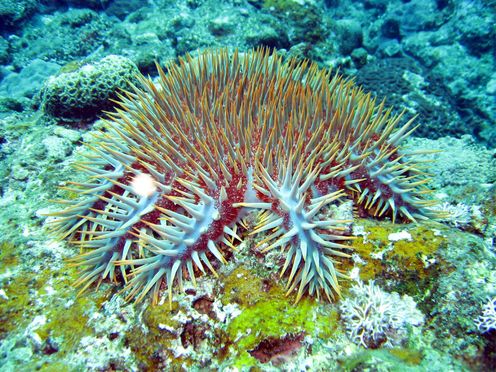 The latest report card on Great Barrier Reef water quality shows signs of improvement, but the health of the marine environment close to the shore remains poor, driven by pollution runoff from the land.

Among the good news is that pollution levels in reef waters have declined in the past five years, and most pollutants seem to track towards the pollution reduction targets set for 2018.

The bad news is that loads of dissolved inorganic nitrogen were lowered by only 17%, making it unlikely that the 50% reduction target will be reached by 2018. Nitrogen loads are up to nearly six times higher than natural background levels.

Around 80,000 tonnes of pollutant nitrogen enters the Great Barrier Reef lagoon each year. The Burdekin, Wet Tropics and Mackay-Whitsunday regions contribute over 78% to the modeled dissolved inorganic nitrogen load primarily from agriculture.

Improving nitrogen management therefore remains a priority for the banana industry in the Wet Tropics, and the sugarcane industry in all production areas where rivers flow into the Great Barrier Reef.

Why is nitrogen bad?

Nitrogen discharge is considered a great water quality risk because it increases the presence of phytoplankton (algal blooms) which is associated with outbreaks of crown-of-thorns starfish.

One of the biggest sources of nitrogen pollutants are fertilizers. Our research in collaboration with the sugar industry looks at fertilizer use on sugar cane, Queensland’s biggest crop. Covering 378,000 hectares, sugar cane contributes A$2 billion to Australia’s economy and has much potential to generate biofuel and materials for future economies.

Reducing nitrogen pollution remains a challenge. Only 13% of sugarcane land is managed with best practice for nutrients. On average only 30% of the nitrogen in fertilizer ends up in the harvested crop, leaving the majority of fertilizer unaccounted for. While this paints a dim picture, it has to be seen in context of the tools available to reduce nitrogen pollution.

A key issue is that urea, the most widely used form of nitrogen fertilizer, dissolves rapidly in soil. Nitrogen fertilizer can be washed from the soil and into rivers if not acquired by the crop or bound by the soil.

In upcoming research we have demonstrated that most nitrogen is lost in the first few months of the 10- to 12-month sugarcane season because the concentrations exceed the crops’ ability to acquire it by several orders of magnitude. This clearly shows that the fertilizer we add, and the needs of sugar cane, are not a good match.

Standing in the way of a rapid reduction of nitrogen pollution are several factors: the limited efficiency of urea fertilizer, degraded soils that have lost much of their ability to hold on to nitrogen, and growers unable to predict how much nitrogen they may lose from their soil.

Adding to the slow progress is that agronomic nitrogen management may only achieve 60% of the required improvement for full nitrogen use efficiency. Genetic traits that help crops use nitrogen more efficiently can contribute the remaining 40%. Breeding and selecting new sugar cane varieties can be advanced with further investment into variety development.

We urgently need technological innovations that reduce pollution at the least cost. This includes alternative sources of nitrogen, for example by growing sugarcane and legumes (which fix nitrogen from air) simultaneously.

The search for better nitrogen supply systems has only commenced in recent years. Several urea-based products have been tested – these contain enzyme inhibitors to slow down the release of nitrogen into the soil and conversion to nitrate. Other products contain polymer coatings that reduce the solubility of fertilizer. Though promising, these improved fertilizers have shortcomings and will not solve all problems.

New fertilizers are being designed and tested. They contain sorber materials to bind nitrogen and release at a rate that matches what the crop needs. These NextGen fertilizers will recycle the nutrients and organic wastes generated by sugar mills. NextGen fertilizers will also deliver biostimulants that improve the biology of soils, reduce the effects of pathogens, and boost crop vigor.

Allowing science based innovation to assist in the quest for solving the nitrogen problem is the way forward, and this requires an open mind and investment into exploring new approaches and breakthrough technologies.