News Staff
Replacing fallow lands with cover crops in order to increase the levels of carbon and soil nitrogen  also enhances its quality and mitigates nitrate leaching in an agricultural land, according to a new analysis.

After collecting data for ten years, results indicate that such cover crops, which maintain the soil protected during winter months, reduce degradation and provide an extra organic matter after their completion, though not without cost.

The growing degradation of agricultural soils is an issue we have to deal with, especially in areas of traditional tillage that overused fertilization for years. Applying sustainable farming practices could be an optimal solution. The field experiment was conducted at La Chimenea Field Station (Madrid, Spain) from April 2006 to November 2016. The field experiment consisted of replacing both the traditional tillage with minimum tillage and maize monoculture with rotation maize using cover crops, thus replacing the fallow during winter periods.

The field experiment was divided into twelve plots where researchers applied three treatments in winter: two crops cover, barley (grass) and vetch (legume) and bare fallow as the control. The main crops were treated with herbicides (glyphosate) during April and sown with maize by the during summer months. A study at four meters of depth allowed researchers to assess in detail the distribution of nitrogen in deeper layers of the soil. Minor levels of nitrogen were observed in the barley plots what it suggests the relevance of the roots to capture residual nitrogen compared to plots with bare soil. 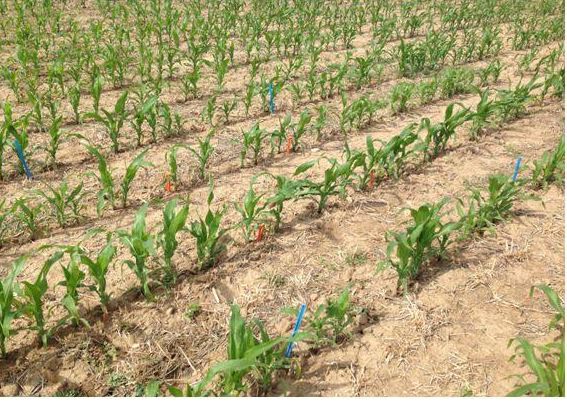 As a result of the replacement of fallow with cover crops, researchers improved the quality of highly degraded soils due to the continuous traditional tillage. In addition, there was an increase of organic matter with the consequent increase of nutrients such as soil organic carbon and nitrogen.

Especially, the plot treated with barley as a cover crop improved the soil stability and water filtration, thus achieving water without contaminants in the supply of underground aquifers.