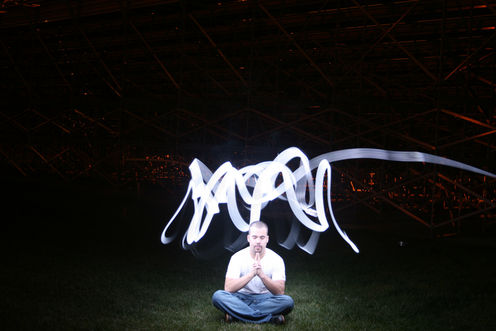 Around 1 in 68 children has an autism spectrum disorder (ASD), according to the US Centers for Disease Control – an extraordinarily high number.

Although the prevalence rise is probably due mainly to changes in how we diagnose and classify ASD – autism was once considered a rare condition affecting only one among thousands – it has become a huge public-health challenge.

One way to help ASD patients may be with brain-stimulating magnets, which have recently been shown to treat speech problems in stroke and Parkinson’s patients and boost memory.

Our research using repetitive transcranial magnetic stimulation (rTMS) – a new type of brain stimulation – can improve some of the abnormalities in brain activity in ASD, but also reduce some of the social difficulties (including social understanding and anxiety).

So how does rTMS work, and what is it about ASD that makes it an attractive candidate for such treatment?

Autism treatments – the story so far

ASD involves difficulties in social understanding and communication, along with a narrow and repetitive range of interests and behaviors.

A big part of the treatment challenge is that we do not have any validated biomedical treatments that improve the core symptoms of ASD. This is in stark contrast to most other conditions in psychiatry and neurology, such as depression, anxiety, psychosis and Attention Deficit Hyperactivity Disorder (ADHD).

Where medications are used for ASD, they are usually for less common associated features, such as aggression.

Early intervention in ASD is very important. The best outcomes generally come from getting children into intensive behavioural intervention programs as early as possible. This of course depends on an early diagnosis of ASD, ideally by about two or three years of age.

But this often isn’t the case where an individual with ASD has excellent language skills or high intelligence. These kids tend to attract a clinical referral much later, and a diagnosis is often not made until well into primary school.

Early childhood interventions also don’t meet the needs of adults with ASD who continue to experience significant social difficulties, yet find themselves estranged from both youth-focused autism programs or adult-focused psychiatric programs.

A new hope for treatments

For those who would like to have a biomedical option for the treatment of ASD, there is hope on the horizon.

In recent years we’ve seen encouraging results from preliminary clinical trials in ASD involving, for example, hormonal treatments (oxytocin) and medications that have been developed for other purposes, such as bumetanide, which is traditionally used to treat high blood pressure.

A handful of research groups around the world, including ours, have been conducting clinical trials using a new technique known as rTMS.

rTMS involves delivering strong but precise magnetic pulses to a part of the brain to stimulate brain activity. This is done by holding a rTMS “coil” against a person’s head, seen below. The magnetic pulses travel through to the surface of the brain, where they induce electrical current. This electricity causes brain cells to become active, or “fire”.

Following two decades of research, we know now that rTMS can be used to either increase or decrease activity in specific brain regions. This is potentially very useful in the treatment of a number of brain-related conditions, where brain imaging has shown brain regions that are overactive or underactive.

rTMS has been developed as a safe and effective treatment for people who experience depression, but who haven’t benefited from psychological therapies and medication.

Could rTMS work for ASD?

Social difficulties are considered by many to be the hallmark of ASD. We know that the brain networks that allow us to understand and interact with other people are affected in ASD.

For example, a brain network that lets us interpret the intentions behind other people’s behavior is less active in people with ASD.

In ASD, rTMS can then be used to increase activity or “excite” brain cells in this network, which can have lasting effects on brain chemical systems that control brain activity. This can be thought of as a step toward correcting a dysfunctional brain network.

See how rTMS is used to treat autism.

Our work shows it’s possible to directly affect brain abnormalities in ASD and promote clinical improvements. It is, however, early days for this research, and far more needs to be done before we could consider it a “treatment” for ASD.

The future of biomedical interventions in ASD

When it comes to ASD, there will not be a “one size fits all” approach to treatment. Many children will continue to benefit from intensive early intervention programs.

But there is good reason to be cautiously optimistic about the development of biomedical treatment options in ASD, especially when considering the advances being made in genetics and neuroimaging.

The translation from lab to clinic is often a frustrating slow process. Now that we have a number of biomedical candidates for autism treatment, the priority is to evaluate these new treatment possibilities in a timely manner, and attempt to meet the growing needs and expectations of the ASD community.

This article is based on a public lecture at the Australian Academy of Science on November 5, 2014.