Historically called the disease of kings, gout was common among wealthy gents who could afford to eat and drink to excess. These days it doesn’t just affect the rich: rates of gout have been increasing globally since the 1960s. It now affects around 70,000 Australians a year and is more common in men aged over 70.

Worldwide, the prevalence is highest in Taiwan (2.6% of the population and 10.4% of Indigenous Taiwanese) and among the New Zealand Maori (6.1%). Gout is a painful condition that affects the joints. joloei/Shutterstock

You get gout when your metabolism of purine – a chemical component of DNA which is made in the body and found in some food and drinks – gets out of kilter.

Purine is broken down in the liver, producing uric acid as a byproduct. Uric acid enters the bloodstream, travels to the kidneys and is excreted in urine. If uric acid can’t be cleared, blood uric acid levels rise.

Once uric acid rises above 0.42 mmol/L (millimoles per liter), crystals can start to form in tissues and joints, particularly in toes and fingers. This can culminate in sudden and excruciating joint pain, called an acute gout attack.

Healthy diets play an important role in managing gout or reducing your risk of the disease. Cherries, dairy products, coffee and vitamin C have shown benefits.

Foods that are high in purine or that increase uric acid metabolism should be limited. These include red meat, seafood, sugar-sweetened drinks, fruit juice, foods high in fructose, and alcohol.

Foods to eat more of

Bioactive components in cherries lower uric acid production in the liver and improve excretion via the kidneys. They also have anti-inflammatory properties. In a study of 633 gout sufferers followed for a year, those who had eaten cherries in the past few days were 35% less likely to have an acute gout attack than those who hadn’t.

Milk promotes uric acid excretion. Having two or more daily serves of dairy, especially from reduced fat and skimmed milk, confers a 42-48% lower risk of gout compared to less than one serve.

A number of studies have shown that coffee is associated with a lower risk of gout. Coffee is a diuretic and therefore increases urine production. Coffee’s chlorogenic acid promotes uric acid excretion, while the chemical xanthines lower uric acid production.

A 12-year study of more than 45,000 men found those who drank four or more cups of coffee a day had 40-60% lower risk of getting gout than those who didn’t drink coffee. A large review of 13 studies found taking vitamin C supplements (about 500 mg a day for around a month) led to a small reduction in blood uric acid of 0.02 mmol/L.

But one word of caution before you start popping vitamin C: high intakes increase the risk of kidney stones.

Things to cut down on

High intakes of red meat (including liver, kidneys and other offal) and seafood (shellfish, scallops, mussels, herring, mackerel, sardines and anchovies) are associated with a greater risk of gout because of their high purine content and impact on uric acid production.

Foods that contain yeast, such as Vegemite and Marmite, are also high in purine. 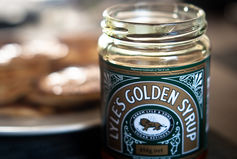 Avoid sweeteners high in fructose such as honey, brown sugar, high-fructose corn syrup, golden syrup and palm sugar. Check your tolerance for fruits, vegetables and other foods high in fructose.

Uric acid levels tend to be higher in people who regularly consume sugar-sweetened drinks. Those drinking one to two sugar-sweetened soft drinks a day are almost twice as likely to have gout as those who drink only one a month.

When it comes to whole fruit, results are not clear. While one study found a higher risk of gout with higher fruit intakes, another found a lower risk. The opposing results are partly confounded by the variation in fructose content of different fruits. In a meta-analysis of 17 studies involving 42,000 adults, the relative risk of gout for those with the highest alcohol intakes was almost double compared to non-drinkers or occasional drinkers.

If you have gout, use these nutrition tips to lower your risk:

By Clare Collins, Professor in Nutrition and Dietetics, University of Newcastle. This article was originally published on The Conversation. Read the original article.