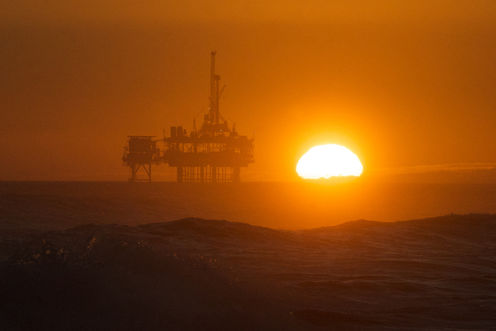 The IPCC is clear on the dangers of fossil fuels. Pete Markham, CC BY-SA

The Intergovernmental Panel on Climate Change (IPCC) is set to publish the “synthesis report” of its fifth assessment period, drawing on three individual working group reports already published on: the physical science of climate change; climate impacts and adaptation; and mitigation, or how to reduce emissions or enhance the natural uptake of greenhouse gases (GHGs).

The latest report is the first collective assessment of climate change by governments since the 2007 report, published just as the world fell off a financial and economic cliff. It is therefore a vital input to the current round of UN climate negotiations culminating in Paris next year.

IPCC reports can be over 1,000 pages long – and no one seriously expects even the most diligent of politicians to read through the whole thing. To make life easier, each report includes a “Summary for Policymakers”.

However this summary is subject to line-by-line agreement by representatives of the 195 government members. There is therefore always a risk that the IPCC’s policy messages might not adequately reflect the underlying science.

This isn’t just a theoretical possibility. The summary of the working group report on climate mitigation published earlier this year left out an important analysis of country emissions by income grouping, which differs from the standard binary classification – developed and developing – used in the UN climate negotiations. No doubt some governments were concerned that this income-based analysis might imply the need for greater action on their part.

The stark implications of the IPCC assessment

The present pause in the rise of the global mean surface temperature does not mean we do not need to be concerned. Of the 14 warmest years on record, 13 have occurred this century and 2014 looks likely to be another very warm year globally. Atmospheric concentrations of carbon dioxide are still growing rapidly.

On current trends, by the end of the century, the average surface temperature of our planet is as likely as not to have increased by 4°C relative to pre-industrial conditions, with greater increases nearer the poles.

Worryingly, we are fundamentally changing the climate system, raising the likelihood of severe, pervasive, and irreversible impacts on society and the natural systems on which we all depend. Even the modest warming so far (0.85°C since the second half of the 19th century) has had a clear impact.

Mitigating our use of fossil fuels lies right at the heart of an effective response to climate change. While a 2°C target remains technically feasible, achieving it will be extremely challenging. The IPCC’s mitigation report compared hundreds of energy modeling scenarios that strongly suggest that to achieve a 2°C target, global GHG emissions would need to be around 40-70% lower than 2010 levels by 2050 and near zero by 2100.

This would require rapid improvements in energy efficiency and at least a tripling of the share of zero- and low‐carbon energy supply by 2050. The longer action is delayed and the lower the availability of key low-carbon technologies, such as carbon capture and storage, the less feasible achieving a 2°C target becomes.

Internationally agreed action on climate is difficult to achieve and we are rapidly running out of time to limit global warming to 2°C. At some point soon it may become impossible in practical terms.

The IPCC highlights the fact that climate risk increases with the cumulative level of carbon emissions over time, not just the emissions in any given year. So reversing rising emissions is a first necessary step to limit these catastrophic risks.

An effective response requires action across all major countries, not just the developed world. The international community now needs to build on – and go further than – the 2009 Copenhagen Accord, which was a paradigm shift that stimulated emissions-reduction pledges to 2020 from a wide range of countries – including China and India.

National emissions-reduction contributions beyond 2020 are due to be made in early 2015. The major developed economies will need to make serious commitments on finance as well as emissions; the recent EU summit decision on its 2030 target should help.

China now emits more CO2 per capita than the EU, while India’s per capita emissions are still less than 40% of the world average – what works for one won’t be necessarily be appropriate for the other, yet action by both is critical.

The 2015 Paris summit is therefore an important moment, but it will not be able – and is not intended – to provide the final answer. The summit will make more progress if it focuses on near-term operational targets, such as achieving a peak in global emissions by a certain date rather than triggering a damaging row over how the small budget of future cumulative CO2 emissions consistent with a 2°C target should be shared among nations.

Aiming to pass “peak emissions” by a certain point would provide a coherent framework for assessing individual national contributions and negotiating the conditions under which they could be improved. It could also allow continued growth of emissions in the poorer developing countries for some time to come, which is essential.

Governments are beset by many other challenges and focused on the short term. The next climate agreement must therefore also build in the flexibility to enhance our response in the light of evolving scientific and political developments.