It's Naive To Pretend Differences Between Women And Men Are Just Genetics
By The Conversation | July 31st 2015 08:00 AM | Print | E-mail 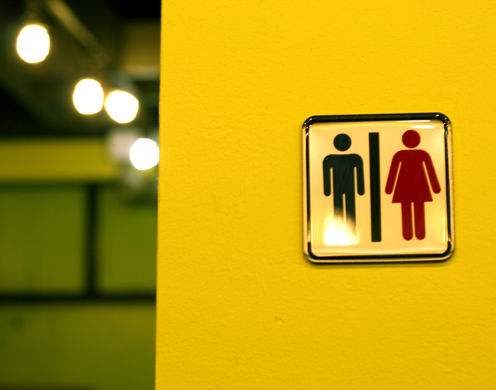 It's naïve to pretend there are no profound genetic and epigenetic differences between the sexes. Elephant Gun Studios, CC BY-NC

Gender differences and sexual preferences are frequently a point of conversation. What produces the differences between men and women? Are they trivial or profound? Are they genetic or environmental, or both?

Some people claim that, genetically, men are more closely related to male chimpanzees than to women. Others discount sex differences because they’re determined by a single gene, called SRY, on the Y chromosome.

But the key to difference between men and women – and chimps – lies not just in the number of their differing genes but in what these genes do.

Let me first explain a bit about genes and chromosomes. Mammals (all vertebrates, in fact) share pretty much the same collection of about 20,000 genes. Each of these is a short stretch of DNA whose base sequence is copied into RNA, and then translated into a protein.

Our 20,000 genes are arrayed on about a metre of DNA (the genome), which is cut up into smaller pieces, which we can see down a microscope as chromosomes when they coil up to divide. The base sequence of genes can differ slightly from person to person, and differ a lot from species to species.

The X bears more than 1,000 genes. But the Y has only 45, which are all that are left of a once ordinary pair of chromosomes that differentiated to be the X and the Y. One of these 45 Y-borne genes (SRY) determines that a baby with XY chromosomes will develop as a boy.

But the Y chromosome is not all male-specific; 24 genes in its top little bit are shared with the X. These are unlikely to cause differences because they’re present in both sexes.

Difference and the Y chromosome

The rest of the Y lost most of its genes over 150 million years of evolution. A few still cling on, but they’re fatally damaged by mutation, so we can’t count these inactive “pseudogenes”. Indeed, there are only 27 active protein-coding genes on the male-specific part of the Y, although several are present in multiple copies (most of which are inactive).

Nor can we count all 27 because at least 17 have copies on the X chromosome too. Most of these 17 remain dedicated to their original purpose, backed up by their X copy. Only three have diverged to acquire male-specific properties, such as making sperm.

So the total number of genes possessed by men and completely absent from women may be as low as 13 (and no greater than 27) out of a total of 20,000 human genes. This proportion is clearly not the equivalent to the supposed 4% genomic difference between men and male chimps.

A lot of the DNA of the Y chromosome doesn’t code for proteins and has been regarded as junk, sequences that were left over from old viruses and repeated many times. But hidden in this junk are sequences that are copied into long RNA molecules but are not translated into protein.

We’re identifying more and more of these non-coding genes, some of which have remained the same in all vertebrates and presumably have some function. At least some non-coding Y genes may have important roles in regulating sex differentiation genes, though this has not yet been demonstrated.

This suggests that the X chromosome, too, has some tricks to get preferentially into sperm. It seems there’s an arms race in the genome of every mammal as these “sexually antagonistic” genes battle it out. There are many sexually antagonistic genes, possibly including “gay genes” that influence mate choice.

A rarely recognised difference between the genomes of men and women is the different copy number of the more than 1,000 protein-coding genes on the X chromosome. There are two copies of these in women and one in men.

Differences in X gene dosage have been ignored because they were supposedly compensated for by a mechanism that silences all the genes on the whole of the X chromosome in females. Known as X chromosome inactivation, this mechanism silences one or other X in the cells of the embryo, and this silencing is passed on into groups of cells in the adult.

This “epigenetic” silencing doesn’t change the base sequence of the DNA. But it changes the way the DNA binds to other molecules so it can’t be copied into RNA, and so produces no protein product.

But now we know that more than 150 genes escape inactivation on the human – but not the mouse – X. And independent of sex, the number of X chromosomes has profound effects on some basic metabolic pathways, such as fat and carbohydrate synthesis, which may underlie sex differences in susceptibility to many diseases. Mice that have two X chromosomes are fatter than mice with only one, for instance, even if they have been altered so that they’re male. These 150 “escapee” X genes brings us to about 163 genes that are either male-specific, or are active in different doses in men and women.

What the different genes do

It’s naïve to think that these 163 genes will all have the same level of influence. Some will code for proteins that are critical for life, or for sex. Others might have only a minor effect, or no visible effect at all.

In fact, the effects of at least some of these 163 genes are profound. The male-determining SRY gene, for instance, kick-starts a cascade of dozens of genes that are either turned on in male embryos or turned off in female embryos during testis or ovary development.

Most of these genes are not on sex chromosomes, so they are present in both sexes. But they are turned on to different extents – or at different times or in different tissues – in males and females. Counting these brings up the total to over a 1% genomic difference between the sexes.

What’s more, the downstream effects of SRY are much more profound than simply testis determination. Male hormones, such as testosterone, are synthesized by the embryonic testis and have far-flung effects all over the developing body. Androgens turn on hundreds (maybe thousands) of genes that determine male genitalia, male growth, hair, voice and elements of behavior.

If we count these, we are getting near 800 out of 20,000 human genes, which is closer to the 4% difference of men and male chimpanzees.

But this often-quoted difference is an average over the whole genome, only a minority of which consists of genes that code for proteins. It tells us little about which genetic differences are important.

Many obvious differences between humans and chimps, such as hairiness and perhaps even speech, may result from tiny alterations in one or a few genes. Differences in timing, or minor regulatory differences, may have massive effects on growth and development.

It’s naive to pretend there are no profound genetic and epigenetic differences between the sexes. But we’re not going to settle issues of how far-reaching the biological differences are just by counting gene differences. How these genes are regulated and their downstream effects are what make the difference between men and chimps, or men and women.

Jenny Graves is Distinguished Professor of Genetics at La Trobe University. This article was originally published on The Conversation. Read the original article.