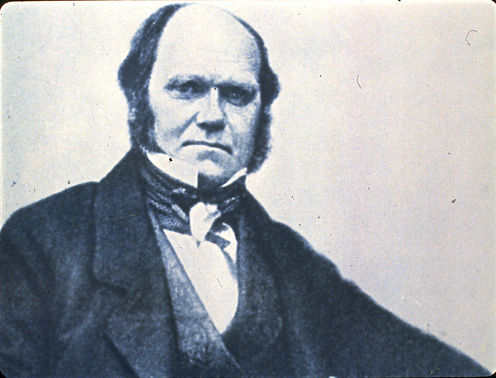 Does the world really need men?

It has been suggested that, in the age of cloning – and with enough sperm banks around to populate several future generations – the question is legitimate.

However, new research suggests that the reason that we need two sexes is because it improves the overall genetic quality of a species and reduces the risk of population extinction.

The question of why sex is so widespread across nature has intrigued and puzzled scientists for a very long time. From a biological perspective, the purpose of life is to pass on your genes to the next generation. Asexual organisms, such as bacteria, do this simply by duplicating themselves. The offspring is an identical copy of the parent, which passes on all its genes.

Sexual organisms, however, need a partner to reproduce. Sexual species have two sexes, but only one of these can bear young. This means that sexual populations can only grow half as fast as asexual populations. Sex is also inefficient for the reason that you need to find a mate, which takes time and energy. Overall, life would be a lot simpler if we could just split in two to reproduce.

So why did sex evolve? The explanation may lie in mutations. Mutations are typos that occur as DNA is copied. The result is that we all have new variants of DNA that our parents don’t have. Most mutations have no effect, but some can be useful, and help an organism to survive. Other mutations, however, result in a loss of function in the gene they affect. Need to get in the mood? Just think of all the possible mutations Francisco Gonzalez/Flickr, CC BY-SA

This leads to a possible explanation for why sex is useful: having two sets of genes – one from each parent – allows for the possibility of inheriting new, beneficial forms of a gene, while protecting the offspring from dysfunctional genes, because if one copy of a gene is damaged, the other copy can kick in and mask the damaging effect.

Natural selection removes badly damaged mutations from the gene pool very quickly. However, those with smaller effects, or those that can hide behind a functional version inherited from the other parent, can persist. In fact, the average human family carries hundreds of mutations that cause loss of function.

Some individuals in sexually reproducing species are better at finding mates than others, either because they compete successfully, or because they are more attractive to the opposite sex. This process, called “sexual selection”, was first identified by Charles Darwin.

Most research in this area concentrates on the implications of this selection for individuals, but if sexual selection is strong it might also affect the overall genetic quality of populations. In other words, sexual selection might provide the answer to why we have sex in the first place. If only “high-quality” individuals – those without harmful mutations – get to pass their genes on to the next generation, then the genetic benefits derived from sexual selection offset the costs of sex.

But that was all theory. How can we actually test this idea? The answer lies in experimental evolution. Short-term experiments have provided confusing results, but a real test takes years. Humans have experimented with evolution, selectively breeding from chosen individuals and not others, ever since we began to domesticate other species. Similar selective breeding of small species that can easily be kept in the lab, and that have rapid generation times, allow us to observe evolution in progress, and to measure its effect.

An international team of researchers, led by the University of East Anglia, bred two lines of flour beetles – a common pantry pest and a popular laboratory organism. One line was made up of 90 beetles of one sex, and 10 of the other in each generation. These are the conditions of strong sexual selection, under which many members of the abundant sex will fail to reproduce. The other line underwent weak sexual selection, with one female to five males, or no sexual selection at all, with one male for each female. Under weak or no sexual selection, most individuals will pass on their genes to the next generation. Such effort - I wish I could just duplicate. James Niland/Flickr, CC BY-SA

After seven years of evolution, the researchers matched brothers and sisters with one another for a further three years. Such inbreeding quickly reveals harmful mutations, because siblings share 50% of their genes. If they both pass a mutation on to offspring, then it is no longer masked, and the offspring is unlikely to survive. This means we can use how long a family survives as a measure of the overall genetic quality of the two lines.

Perhaps we now have an answer to the question of “why sex”? Because sexual selection – and partner choice – improves the overall genetic quality of a species and reduces the risk of population extinction.

By Jo Setchell, Reader in the Department of Anthropology at Durham University. This article was originally published on The Conversation. Read the original article. Top image of Charles Darwin uploaded by Shehal Joseph, CC BY-SA