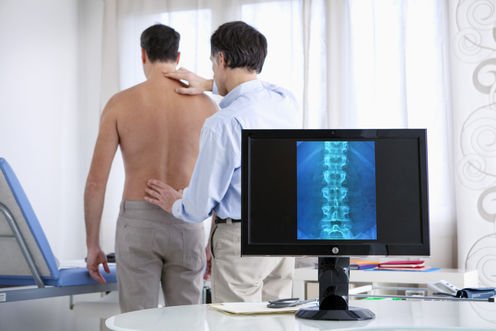 Over the last few decades, medicine has witnessed a sea change in attitudes toward chronic pain, and particularly toward opioids. While these changes were intended to bring relief to many, they have also fed an epidemic of prescription opioid and heroin abuse.

Curbing abuse is a challenge spilling over into the 2016 political campaigns. Amid calls for better addiction treatment and prescription monitoring, it might be time for doctors to rethink how to treat chronic pain.

A class of drugs that includes morphine and hydrocodone, opioids get their name from opium, Greek for “poppy juice,” the source from which they are extracted.

In fact, one of the earliest accounts of narcotic addiction is found in Homer’s Odyssey. One of the first places Odysseus and his beleaguered crew land on their voyage home from Troy is the land of the Lotus-Eaters. Some of his men eat of the Lotus, lapsing into somnolent apathy. Soon the listless addicts care for nothing but the drug and weep bitterly when Odysseus forces them back to their ships. Odysseus removing his men from the company of the Lotus-Eaters. via Wikimedia Commons

For decades in the U.S., physicians resisted prescribing opioids, in part for fear that patients would develop dependency and addiction. Beginning in the 1980s and 1990s, this began to change.

Based on experiences with end-of-life care, some physicians and drug companies began saying that opioids should be used more liberally to relieve chronic pain. They argued that the risks of addiction had been overstated.

Since 2001, the Joint Commission, an independent group that accredits hospitals, has required that pain be assessed and treated, leading to numerical pain rating scales and the promotion of pain as medicine’s “fifth vital sign.” Doctors and nurses now routinely ask patients to rate the severity of their pain on a scale of zero to 10.

While it is impossible to measure the burden of pain strictly in dollars, it has been estimated that the total health care cost attributable to pain ranges from US$560 billion to $635 billion annually, making it an important source of revenue for many health professionals, hospitals and drug companies.

In 2010 enough prescription painkillers were prescribed to medicate every American adult every four hours for one month. The nation is now in the midst of an epidemic of opioid abuse, and prescription medications far outrank illicit drugs as causes of drug overdose and death.

In response, the Drug Enforcement Agency and a number of state legislatures have tightened restrictions on opioid prescribing.

For instance, patients must have a written prescription to obtain Vicodin and doctors can’t call prescriptions in. The downside, of course, is that many patients must visit their physicians more often, a challenge for those who are seriously ill.

Some patients seek multiple prescriptions for opioids so that they can turn a profit selling extra pills. The increase in prescription opioid misuse is also linked to an increase in the number of people using heroin.

A sea change in pain treatment helped create the opioid abuse epidemic, and another sea change in how doctors view chronic pain could help curb it.

Doctors should examine the strengths and weaknesses of opioids. Pill bottles image via www.shutterstock.com.

In a recent article in the New England Journal of Medicine, two physicians from the University of Washington, Jane Ballantyne and Mark Sullivan, argue that physicians need to reexamine the real strengths and weaknesses of opioids. While these drugs can be very effective in relieving short-term pain associated with injuries and surgery, the authors say “there is little evidence supporting their long-term benefit.”

One of the reasons opioids have become so widely used today, the authors suggest, has been the push to lower pain intensity scores, which often requires “escalating doses of opioids at the expense of worsening function and quality of life.” Merely lowering a pain score does not necessarily make the patient better off.

They point out that the experience of pain is not always equal to the amount of tissue damage. In some cases, such as childbirth or athletic competition, individuals may tolerate even excruciating degrees of pain in pursuit of an important goal. In other situations, lesser degrees of pain – particularly chronic pain – can prove unbearable, in part because it is experienced in the setting of helplessness and hopelessness.

Instead of focusing strictly on pain intensity, they say, physicians and patients should devote greater attention to suffering. For example, when patients better understand what is causing their pain, no longer perceive pain as a threat to their lives and know that they are receiving effective treatment for their underlying condition, their need for opioids can often be reduced. This means focusing more on the meaning of pain than its intensity.

This helps to explain why one group of patients, those with preexisting mental health and substance abuse problems (“dual diagnosis patients”), are particularly poorly served by physicians who base opioid doses strictly on pain intensity scores. Such patients are more likely to be treated with opioids on a long-term basis, to misuse their medications, and to experience adverse drug effects leading to emergency room visits, hospitalizations, and death – often with no improvement in their underlying condition.

The point is that pain intensity scores are an imperfect measure of what the patient is experiencing. When it comes to chronic pain, say the authors, “intensity isn’t a simple measure of something that can be easily fixed.” Instead patients and physicians need to recognize the larger psychological, social and even spiritual dimensions of suffering.

For chronic pain, Ballantyne and Sullivan argue, one of the missing links is conversation between doctor and patient, “which allows the patient to be heard and the clinician to appreciate the patient’s experiences and offer empathy, encouragement, mentorship, and hope.”

If the authors are right, in other words, patients and physicians need to strike a new and different balance between relying on the prescription pad and developing stronger relationships with patients.

One problem, of course, is that many physicians are not particularly eager to develop strong relationships with patients suffering from chronic pain, substance abuse and/or mental illness. One reason is the persistent widespread stigma associated with such conditions.

It takes a doctor with a special sense of calling to devote the time and energy necessary to connect with such patients, many of whom can prove particularly difficult to deal with.

In too many cases today, it proves easier just to numb the suffering with a prescription for an opioid.

By Richard Gunderman, Chancellor's Professor of Medicine, Liberal Arts, and Philanthropy, Indiana University. This article was originally published on The Conversation. Read the original article. Doctor and patient image via www.shutterstock.com.