Recent research has reignited concerns that exposure to chemicals from plastics might be to blame for low sperm counts in young men. I share the concerns about the high prevalence of low sperm counts (one in six young men), and my research is directed at trying to identify what causes it. But whether plastics are to blame isn’t a simple matter.

Plastics are part of the fabric of our everyday lives and perform many essential functions. Without their thousands of uses, many of which are not obvious to us, our modern world could not function as it is. Plastics bring everyday benefits whether through children’s toys, the insulation around electrical wiring, their utility in food containers/wraps or their widespread use in medical products from blood bags, gloves and syringes, to the coating of some tablets and capsules.

But are there hidden dangers of plastics to human health, especially to male fertility? This is a surprisingly difficult question to answer, not least because everyone is exposed to chemicals that derive from plastics. This means we don’t really have an unexposed group (“control”) against which to compare.

Most people probably don’t understand how we are exposed to chemicals from plastics. After all, we don’t eat the plastic wraps around food or chew electric wiring. Plasticisers are chemicals used to make plastic (which is naturally hard and brittle) bendy and resistant to breaking, so prolonging its useable life. As a guide, the more flexible the plastic, the more plasticiser it will contain.

Plasticizers leach out of the plastic over time. This is why if you use the same plastic water bottle over a long period it will eventually become brittle and break – indicating that you have drunk all of the plasticiser that leached out. The most widely used plasticizers are called “phthalates”, which come in different forms with different uses.

What ignited concerns about phthalate effects on fertility were studies in laboratory rats. These showed that exposure in pregnancy to certain phthalates caused reproductive disorders in the male offspring, including reduced sperm counts and fertility. As pregnant women (and thus the male fetuses in their wombs) are exposed to the same phthalates, could this be the cause of reproductive disorders in men? 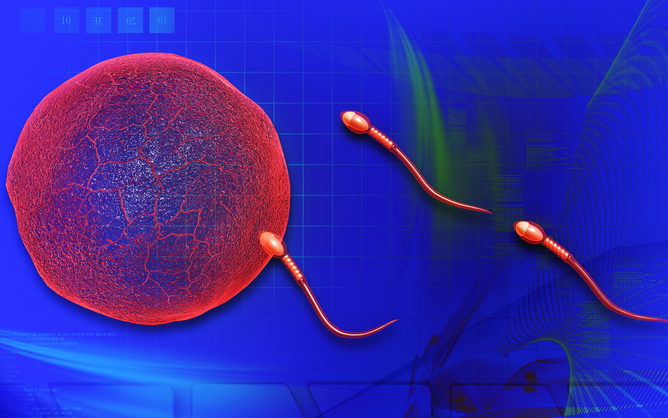 The seemingly direct way to answer this question is to measure phthalate exposure of pregnant women and see if high exposure is associated with reproductive disorders in their sons. Some, but not all, such studies have shown an association between male reproductive disorders and phthalate exposure of the mother. The problem is that this approach can never prove that the exposure caused the disorder. More importantly, other evidence points in the completely opposite direction.

Phthalates cause male reproductive disorders in rats by reducing production of the male sex hormone – testosterone – by the testes of the male fetus. To induce this effect, pregnant rats have to be exposed to phthalate levels 50,000 times higher than pregnant women are exposed to. Exposure of human fetal testes (obtained with ethical permission from legal pregnancy terminations) to the same high phthalate levels as in rats has no effect on their testosterone production. Nor do reproductive disorders occur in male monkeys after their mothers are exposed to equally high phthalate levels during pregnancy.

In research, it is common to be faced with problems such as this, where different types of data simply do not agree. But what should we do in the face of this uncertainty? One reaction is to assume the worst, accept the association studies and ignore the studies that don’t agree with them. In which case, the next step would be to ban or restrict phthalate use, resulting in numerous changes to our modern society that will affect everyone. Some argue that this is the safest route to take.

While I am 100% in favor of safety, I know that in science one cannot simply choose to ignore evidence that does not fit a particular point of view, at least not when that evidence is known to be robust. It is not an evidence-led approach, and is by any standards nonsensical.

This does not mean that I am fully convinced that plastics are 100% safe, but neither does present evidence convince me that they are a major factor in male reproductive disorders. I am convinced that something in our environment or lifestyles is causing low sperm counts. I just wish I knew what.

Richard Sharpe is Group leader, male reproductive health at University of Edinburgh. This article was originally published on The Conversation. Read the original article.