Why are some humans cruel to people who don’t even pose a threat to them – sometimes even their own children? Where does this behaviour come from and what purpose does it serve? Ruth, 45, London.

Humans are the glory and the scum of the universe, concluded the French philosopher, Blaise Pascal, in 1658. Little has changed. We love and we loathe; we help and we harm; we reach out a hand and we stick in the knife.

We understand if someone lashes out in retaliation or self-defence. But when someone harms the harmless, we ask: “How could you?”

Humans typically do things to get pleasure or avoid pain. For most of us, hurting others causes us to feel their pain. And we don’t like this feeling. This suggests two reasons people may harm the harmless - either they don’t feel the others’ pain or they enjoy feeling the others’ pain.

Another reason people harm the harmless is because they nonetheless see a threat. Someone who doesn’t imperil your body or wallet can still threaten your social status. This helps explain otherwise puzzling actions, such as when people harm others who help them financially. 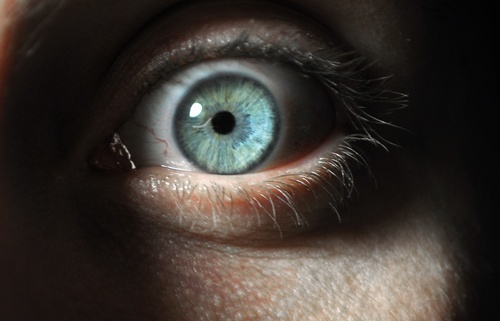 Some 6% of people are sadists. Brian Goff/Shutterstock

Liberal societies assume causing others to suffer means we have harmed them. Yet some philosophers reject this idea. In the 21st century, can we still conceive of being cruel to be kind?

Someone who gets pleasure from hurting or humiliating others is a sadist. Sadists feel other people’s pain more than is normal. And they enjoy it. At least, they do until it is over, when they may feel bad.

The popular imagination associates sadism with torturers and murderers. Yet there is also the less extreme, but more widespread, phenomenon of everyday sadism. 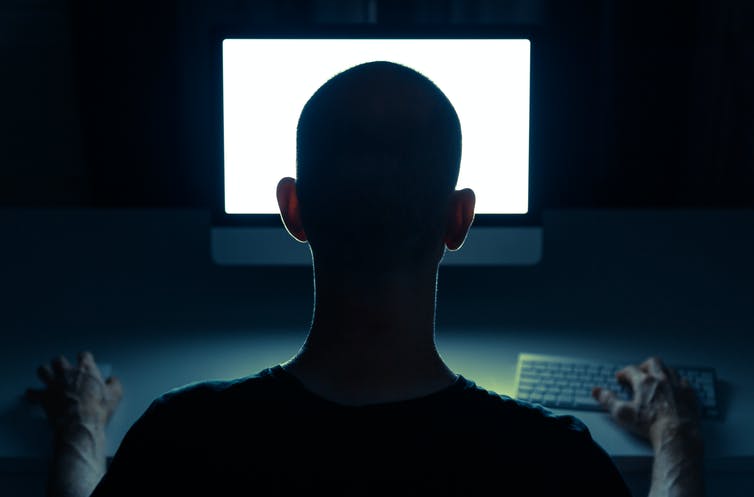 The everyday sadist may be an internet troll or a school bully. In online role-playing games, they are likely to be the “griefer” who spoils the game for others. Everyday sadists are drawn to violent computer games. And the more they play, the more sadistic they become.

Unlike sadists, psychopaths don’t harm the harmless simply because they get pleasure from it (though they may). Psychopaths want things. If harming others helps them get what they want, so be it.

They can act this way because they are less likely to feel pity or remorse or fear. They can also work out what others are feeling but not get infected by such feelings themselves.

This is a seriously dangerous set of skills. Over millennia, humanity has domesticated itself. This has made it difficult for many of us to harm others. Many who harm, torture or kill will be haunted by the experience. Yet psychopathy is a powerful predictor of someone inflicting unprovoked violence.

We need to know if we encounter a psychopath. We can make a good guess from simply looking at someone’s face or briefly interacting with them. Unfortunately, psychopaths know we know this. They fight back by working hard on their clothing and grooming to try and make a good first impression. 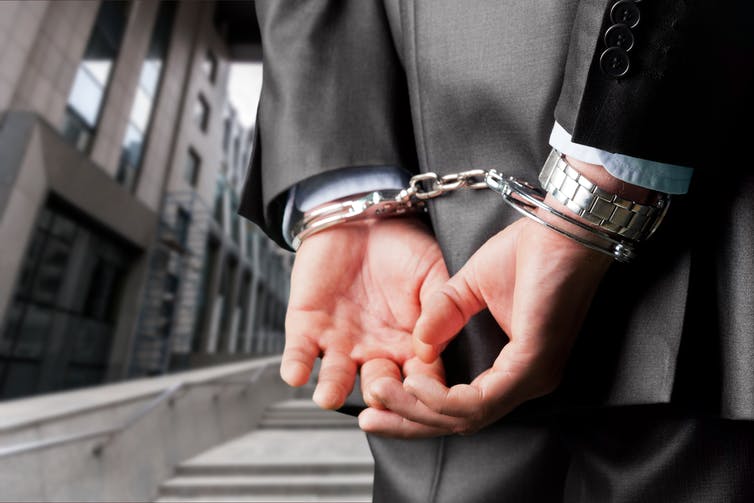 Not all psychopaths are criminals. Billion Photos/shutterstock

Thankfully, most people have no psychopathic traits. Only 0.5% of people could be deemed psychopaths. Yet around 8% of male and 2% of female prisoners are psychopaths.

Where do these traits come from?

No one really knows why some people are sadistic. Some speculate sadism is an adaptation that helped us slaughter animals when hunting. Others propose it helped people gain power.

Italian philosopher Niccolò Machiavelli once suggested that “the times, not men, create disorder”. Consistent with this, neuroscience suggests sadism could be a survival tactic triggered by times becoming tough. When certain foods become scarce, our levels of the neurotransmitter, serotonin, fall. This fall makes us more willing to harm others because harming becomes more pleasurable.

Psychopathy may also be an adaptation. Some studies have linked higher levels of psychopathy to greater fertility. Yet others have found the opposite. The reason for this may be that psychopaths have a reproductive advantage specifically in harsh environments.

Indeed, psychopathy can thrive in unstable, competitive worlds. Psychopaths’ abilities make them master manipulators. Their impulsivity and lack of fear help them take risks and grab short-term gains. In the film Wall Street, the psychopathic Gordon Gekko makes millions. Yet although psychopathy may be an advantage in the corporate world, it only offers men a slim leadership edge.

Psychopathy’s link to creativity may also explain its survival. The mathematician Eric Weinstein argues, more generally, that disagreeable people drive innovation. Yet, if your environment supports creative thinking, disagreeableness is less strongly linked to creativity. The nice can be novel.

Sadism and psychopathy are associated with other traits, such as narcissism and machiavellianism. Such traits, taken together, are called the “dark factor of personality” or D-factor for short.

There is a moderate to large hereditary component to these traits. So some people may just be born this way. Alternatively, high D-factor parents could pass these traits onto their children by behaving abusively towards them. Similarly, seeing others behave in high D-factor ways may teach us to act this way. We all have a role to play in reducing cruelty.

Sadism involves enjoying another person’s humiliation and hurt. Yet it is often said that dehumanising people is what allows us to be cruel. Potential victims are labelled as dogs, lice or cockroaches, allegedly making it easier for others to hurt them.

There is something to this. Research shows that if someone breaks a social norm, our brains treat their faces as less human. This makes it easier for us to punish people who violate norms of behaviour.

It is a sweet sentiment to think that if we see someone as human then we won’t hurt them. It is also a dangerous delusion. The psychologist Paul Bloom argues our worst cruelties may rest on not dehumanising people. People may hurt others precisely because they recognise them as human beings who don’t want to suffer pain, humiliation or degradation.

For example, the Nazi Party dehumanised Jewish people by calling them vermin and lice. Yet the Nazis also humiliated, tortured and murdered Jews precisely because they saw them as humans who would be degraded and suffer from such treatment.

Sometimes people will even harm the helpful. Imagine you are playing an economic game in which you and other players have the chance to invest in a group fund. The more money is paid into it, the more it pays out. And the fund will pay out money to all players, whether they have invested or not.

At the end of the game, you can pay to punish other players for how much they chose to invest. To do so, you give up some of your earnings and money is taken away from the player of your choice. In short, you can be spiteful.

This phenomenon is called “do-gooder derogation”. It can be found around the world. In hunter-gatherer societies, successful hunters are criticised for catching a big animal even though their catch means everyone gets more meat. Hillary Clinton may have suffered do-gooder derogation as a result of her rights-based 2016 US Presidential Election campaign. 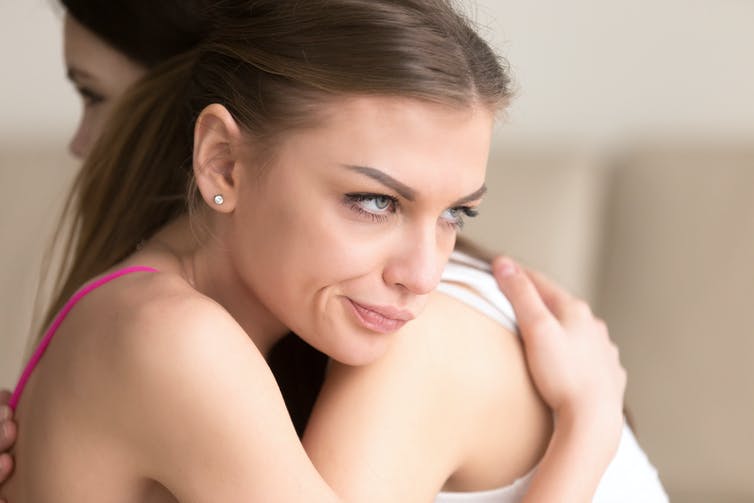 Some people struggle to be grateful. fizkes/Shutterstock

Do-gooder derogation exists because of our counter-dominant tendencies. A less generous player in the economic game above may feel that a more generous player will be seen by others as a preferable collaborator. The more generous person is threatening to become dominant. As the French writer Voltaire put it, the best is the enemy of the good.

Yet there is a hidden upside of do-gooder derogation. Once we have pulled down the do-gooder, we are more open to their message. One study found that allowing people to express a dislike of vegetarians led them to become less supportive of eating meat. Shooting, crucifying or failing to elect the messenger may encourage their message to be accepted.

The future of cruelty

In the film Whiplash, a music teacher uses cruelty to encourage greatness in one of his students. We may recoil at such tactics. Yet the German philosopher Friedrich Nietzsche thought we had become too averse to such cruelty.

For Nietzsche, cruelty allowed a teacher to burn a critique into another, for the other person’s own good. People could also be cruel to themselves to help become the person they wanted to be. Nietzsche felt suffering cruelty could help develop courage, endurance and creativity. Should we be more willing to make both others and ourselves suffer to develop virtue?

Arguably not. We now know the potentially appalling long-term effects of suffering cruelty from others, including damage to both physical and mental health. The benefits of being compassionate towards oneself, rather than treating oneself cruelly, are also increasingly recognised.

And the idea that we must suffer to grow is questionable. Positive life events, such as falling in love, having children and achieving cherished goals can lead to growth.

Teaching through cruelty invites abuses of power and selfish sadism. Yet Buddhism offers an alternative - wrathful compassion. Here, we act from love to confront others to protect them from their greed, hatred and fear. Life can be cruel, truth can be cruel, but we can choose not to be.

By Simon McCarthy-Jones, Associate Professor in Clinical Psychology and Neuropsychology, Trinity College Dublin. This article is republished from The Conversation under a Creative Commons license. Read the original article.