Science From The Year In Space Mission Could Help Your Grandparents
By The Conversation | March 29th 2015 08:22 AM | Print | E-mail 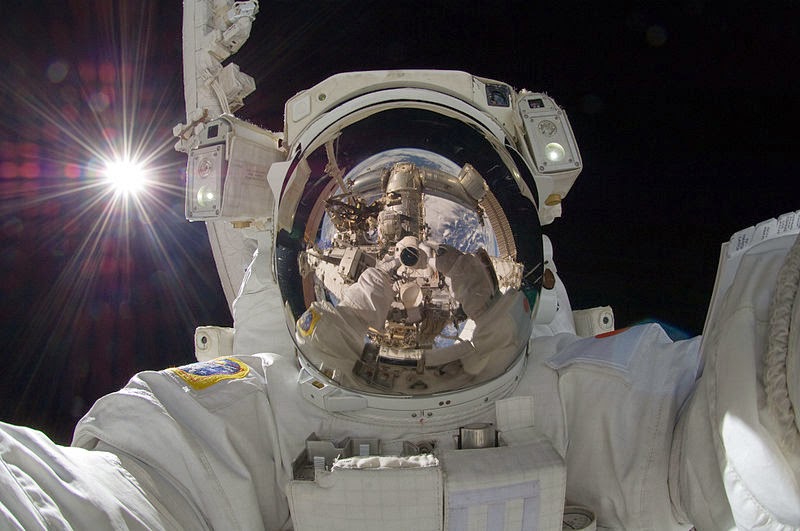 NASA has sent an astronaut to the International Space Station to stay there for a year. Though Russian cosmonauts have achieved this feat before, the mission aims to help us to better understand how humans adapt to the spaceflight environment and the effects of countermeasures such as drugs and exercise that help them cope.

Exposure to the low gravity associated with spaceflight is well established to cause deterioration of various bodily systems. Symptoms that astronauts consistently report when they return to Earth include loss of bone mass, fluid shifts towards the head, under-par heart performance and immune system dysfunction.

But one of the most significant changes that we see in astronauts and indeed all species that we have examined in space is loss of muscle size and function. This is comparable to the reduced exercise capacity and increased frailty that you might expect from someone who has been severely restricted for a long period of time.

As the world’s space agencies plan longer, more ambitious missions, this poses a major challenge. Astronauts lose as much as 40% of muscle mass after 180 days onboard the International Space Station. This would be enough to seriously impair their ability to carry out mission activities during an 18-month trip to Mars, for example.

Perhaps more worryingly, because muscle carries out several metabolic processes such as burning fat, this level of muscle wasting could help lead to metabolic ailments such as type 2 diabetes, cardiovascular disease and obesity. It is this significant threat to astronaut health and physical performance that NASA is seeking to prevent as part of the upcoming one-year expedition.

What causes loss of muscle?

Despite decades of manned spaceflight and research, the causes of muscle wasting remain unclear at the molecular level. This is due in no small part to the large technical and monetary constraints associated with conducting scientific experiments in space. Nevertheless, studies that have looked at living things from tiny worms all the way to humans have provided two likely candidates.

The first is the fact that in spaceflight, the force of gravity upon our bodies is greatly reduced. Our muscles possess molecular sensors that in Earth conditions convert the mechanical strain produced when we exert ourselves into signals that make muscle grow.

During spaceflight, however, the amount and effectiveness of these sensors are lowered by the much weaker gravity. This in turn reduces the molecular signals that maintain healthy muscle. This poses the question of whether appropriate exercise regimens employed by astronauts might rejuvenate these sensors to offset muscle loss during spaceflight.

The second likely factor is that astronauts frequently fail to eat sufficient amounts of food to meet their daily energy requirements. Restricting calorie intake might impair the ability of muscle cells to use and respond to insulin and ultimately lead to type-2 diabetes.

This deficiency would reduce muscle growth or increase wasting signals, causing the size and quality of muscles to decline and increasing the risks of of vascular disease. Because this insulin problem is responsive to both nutrition and exercise, it once again points to the importance of looking at the best ways of using them to offset it.

What the mission aims to achieve

NASA will address two key questions in relation to muscle health during the one-year mission. The first is whether the known muscle loss over six months onboard the space station continues to deteriorate with longer stays in space: there is still no evidence that astronaut muscle decline ever plateaus.

The second is whether new exercise programs are capable of preventing muscle decline in flight. This is of particular importance since to date, all tested methods including treadmill running, rowing, cycling and simple resistance exercises have proven ineffective at preventing the problem.

There is good reason to anticipate a better muscle response to these. The advanced resistance exercise device is designed to provide the additional load to specific muscle groups that is perhaps needed to “re-activate” the muscles’ mechanical sensors in the absence of Earth’s gravitational pull.

High-intensity sprint cycle training has been shown on Earth to be even more effective than traditional endurance exercise for improving muscles’ ability to respond to insulin. So this could potentially provide the intensity of stimulus required to counteract spaceflight-induced insulin resistance.

What this means for life on Earth

Besides Mars mission enthusiasts, many may be wondering why they should care about any of this. Several strong and valid arguments have been put forward to justify the significant public expenditure that this research involves.

These include the notion that the survival of humankind ultimately centres on our ability to inhabit other planetary bodies. That potential “return on investment” is an order of magnitude greater than the value of any exploratory venture yet embarked upon by our species, goes the argument.

More immediate benefits may present themselves, though. The muscle problems from spaceflight closely resemble those caused by numerous conditions on Earth, including long periods of bed rest, muscular dystrophies, cardiovascular diseases and type-2 diabetes.

In particular, the aging process also displays a striking similarity with the changes that occur in space, albeit over a more prolonged time frame. Many have proposed that spaceflight is like an accelerated version of aging.

In short, the unique stresses imposed by living in space provide an opportunity to study, understand and develop countermeasures to some of the most prominent health challenges faced by the human race.

The question should therefore not be “why should we continue exploring space”, but rather “why wouldn’t we?”

By Nate Szewczyk, Associate Professor, Faculty of Medicine and Health Sciences at University of Nottingham and Tim Etheridge, Lecturer at University of Exeter. This article was originally published on The Conversation. Read the original article. Top image: Akihiko Hoshide taking a space selfie during extravehicular activity (EVA) on September 5, 2012, with the Sun behind him. Credit: NASA