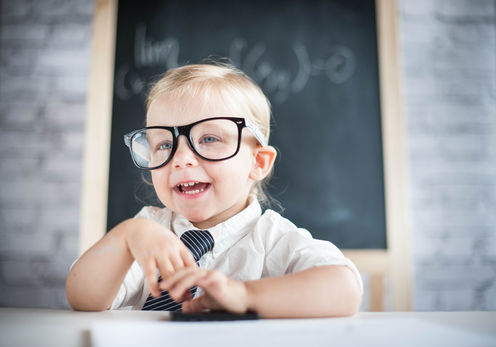 Government elites want parents to rush to turn their progeny into units of human capital as quickly as possible. It risks 'damaged goods'. Shutterstock

In order to make young children “school ready”, the English government is now encouraging parents to place their children in school nurseries shortly after their second birthday. But there is evidence to suggest that this policy might be poorly aligned to the developmental needs of such young children and that it contravenes their underlying human nature.

In the broader history of humanity, state-funded schooling is a very recent public strategy and is only about two centuries old in England. It arose from the industrial revolution as a process to instill the population with basic literacy and numeracy skills. Until even more recently, there was never any suggestion that a school environment was the right place in which to nurture children under five years of age.

So let’s take a step back and consider whether our human hunter-gatherer heritage has really attuned infants towards such an environment during this very early stage of their development. Human beings are, at base, linguistic primates, born with brains that are highly “plastic”, which subsequently undergo a huge amount of development in interaction with the environment and, most importantly, other people.

Start up the jazz

The core human skills are rooted in communication. This requires a child to learn how to independently translate highly abstract thoughts into a complex combination of symbols which coalesce in spoken language. The psychologist Suzanne Zeedyk proposes that what happens between infants and carers in one-to-one interactions is a type of improvised symbolic “dance”, which she refers to as a “jazz duet”. To be truly what psychologists call “intersubjective” – able to communicate our meanings to other people and to grasp their meanings in return – such interactions must be completely spontaneous. Each party – the child and the carer – must freely respond to the communications of the other. To give an analogy, as every jazz musician knows, in order to “jam”, you have to learn how to tune into the rhythms of others.

The way in which human beings naturally “boot” this system in early childhood is through spontaneous, play-based interaction with both peers and adults. From simple beginnings, the infant then becomes increasingly adept at effectively responding to the communications of others.

The process of environmentally “booting” such an evolved system is not peculiar to human beings – it is also observed in other animals. For example, researchers have found that in young rats, free play activity builds neuronal connections in the amygdala and dorsolateral prefrontal cortex of the brain, which deal with emotion regulation and social skills.

If modern zoos rightly go to great lengths to create environments that are as natural as possible for the animals they house, why do we care so little about extending this care and consideration to our own species? Politicians in England would appear to be focused on a futile mission to eradicate millions of years of evolution in order to subjugate human nature to the demands of international capitalist markets.

At the genesis of this process, which resulted in the imposition of a national curriculum for schools steeped in concepts of “employability”, Margaret Thatcher bluntly stated that: “Economics are the method; the object is to change the heart and soul.”

The steady march of this philosophy is now poised at the threshold of the nursery, with the coalition’s recent requirement for a progress report on two-year-olds, and New Labour’s previous imposition of a formal assessment for five-year-olds.

For the past 35 years, successive governments have doggedly pursued the mission of “education as production of economic capital” through a state education system that has been increasingly monitored and directed by the government watchdog Ofsted, with its focus on data generated from standard assessments such as GCSEs. While each successive government argues that it has raised achievement, this is a spurious premise.

What they have in fact done is drive teachers into programming children towards specific test responses, in order to artificially raise achievement data. The current government now wishes to extend this process into the very earliest stages of childhood.

At the same time, other nations have made far greater recent gains in literacy performance in the mid-teenage years. The 2009 results for the Organisation for Economic Co-operation and Development’s program for international student assessments found that Shanghai China, Korea and Finland were the best performing nations in terms of literacy. There are vast cultural differences between these nations, but they do have one feature in common – a school entry age of seven. The nations directly below them, but above the UK, have a school entry age of six.

Kids in a cage?

Psychologist Alison Gopnik’s research shows that direct teaching at an early stage in a child’s development:

Schooling infants is therefore commensurate with placing a young animal in a cage. Human beings evolved in a niche in which the requirement to learn how to engage in complex spontaneous interaction is paramount. Taking short cuts in early childhood in pursuit of processing human beings into units of human capital as quickly as possible risks the production of “damaged goods”.

The question for the English government should not be how to find funds to build more schools and put more teachers into more classrooms to deal with an increasing number of ever-younger pupils. Instead, it should be about supporting families and local communities to care for and educate young children within environments that are most appropriate to their biologically evolved needs.

Pam Jarvis, Senior Lecturer, Department of Children, Young People and Families at Leeds Trinity University, is a member of the academic advisory team for the National "Save Childhood" and "Too Much, Too Soon" campaign. This article was originally published on The Conversation. Read the original article.