Eighteenth-century socialites have been depicted as vain, silly women who were poisoned by their white lead makeup. The Countess of Coventry, Maria Gunning — a society hostess renowned for her beauty — is said to have refused to stop wearing foundation containing white lead, even as she lay dying. Why would women of that era knowingly choose to wear makeup that was killing them? Was beauty worth dying for? Or was the makeup not to blame?

I am a scientist who has been studying lead poisoning for 30 years, with a particular interest in women’s exposure to lead. My research shows that women metabolize lead differently from men, women exposed to lead as children have elevated blood lead levels 20 years later, and women exposed to lead are at risk of hypertension and early menopause. 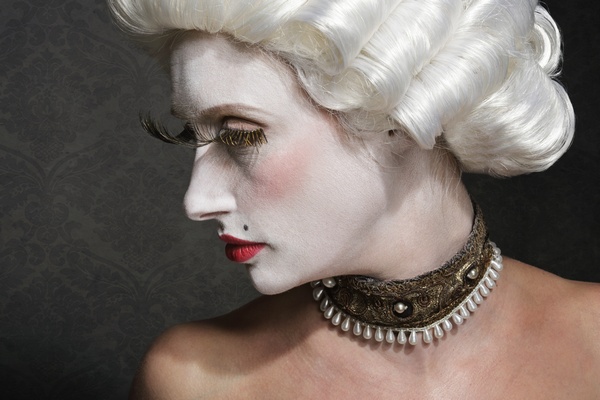 The stories about white lead makeup poisoning did not make sense to me, so two years ago, I decided to start studying these cosmetics.

Dying to be Beautiful: Exploring the look and toxicity of 18th century makeup.

My research group makes white lead makeup from recipes dating from the 16th to 19th centuries. If you look around the makeup counters of a department store, you will see words such as “illuminate,” “radiance,” “glow” and “luminous.” You’ll also see products that promise to reduce shine or blur imperfections. These modern products change the way light is reflected from the skin, which is perceived as enhancing beauty.

We wanted to know if white lead makeup had some of these properties, so we studied the colour and level of light reflected by the makeup using an optical spectrometer.

Our most surprising finding has been that white lead makeup can look quite pretty and natural. It does not look like the bright white mask that we have seen depicted on screens and stages — it is generally much more subtle and sophisticated.

We test the makeup on ethically sourced pigskin. The pigs we use have a pale complexion that is very close to the lightest colour of human skin, which burns easily and does not tan well. The white lead makeup usually does not change the color of this skin much at all.

A comparison of bare skin with makeup made with white lead and with titanium dioxide replacing the lead carbonate. Modern recipes that use a titanium replacement look whiter and more opaque than the ‘softer’ yellow-white of lead makeup. (F.E. McNeill), Author provided

Titanium oxide is the modern substitute for white lead. When we used titanium oxide in the makeup recipes, the color change was dramatic. There was a shift towards blue, and the makeup appeared startlingly white. Actors wearing makeup formulations made from old white lead recipes with a titanium substitute are wearing the wrong colour.

We tested different historical makeup recipes to see how the color would be affected. One recipe made no measurable change to the color, while another changed yellow tones slightly. Adding a yellow tone to pale skin is perceived as more attractive, due to its connection to fruit and vegetable consumption. A third makeup mixture reduced redness in the skin, something that today’s color-correcting foundation makeup attempts to correct.

All the white lead makeups we tested increased the amount of light the skin reflected — referred to as its reflectance. Skin becomes less reflective as women age, and more reflective skin is associated with a youthful complexion.

Specifically, the makeups increased the diffuse reflectance of the skin. Light reflection occurs in two ways. First, light can reflect, as from a mirror. It comes in at an angle and is reflected at that same angle. We call this specular reflection. Objects with a high specular reflection look glossy or shiny.

Second, light can reflect or scatter off rough surfaces in several directions. This is diffuse reflection. Objects with high diffuse reflection look blurred or slightly out-of-focus. The increased diffuse reflectance from the white lead makeup gives the skin a “softer” appearance, blurring blemishes — another effect produced by modern cosmetics.

The recipes we re-create in our lab create a soft-focus look that blurs wrinkles and blemishes, or the look of a youthful, dewy complexion. 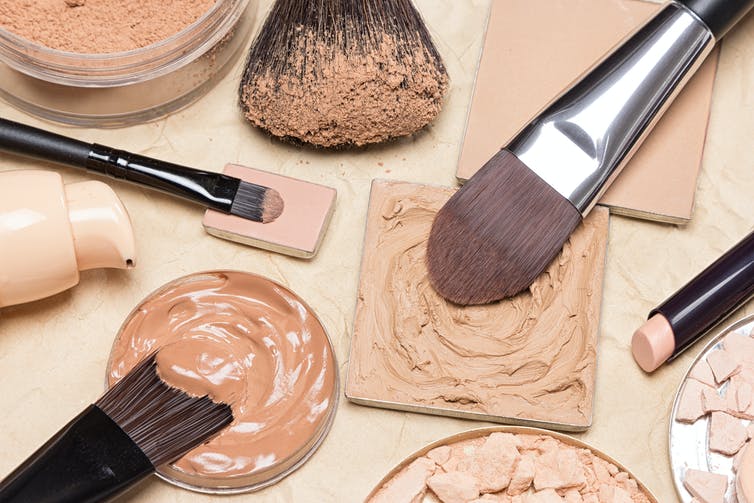 Modern makeup promotes even skin tone and a glow, achieved by altering the skin’s reflectance. (Shutterstock)

The ugly price of beauty

However, prettiness does come with an ugly side: the celebration of white skin. While the overall measured colour shifts on pale skin are small, spectral changes do make the skin look lighter. These were products that would have enhanced the whiteness of skin.

Historians, anthropologists and sociologists have long studied skin whitening and the reasons people may choose to do this. Our science shows how white lead makeup could achieve this in a subtle way, like an earlier version of “no-makeup” makeup.

Our research is showing some evidence of differences in skin absorbance, meaning some recipes were more toxic than others. It is possible that some recipes could have been used with little problem. Other recipes, which made young women deathly ill, were probably so poisonous because the lead was absorbed through the skin.

So far, our research suggests that most white lead makeup recipes probably didn’t kill 18th century socialites by being absorbed through the skin. But some recipes were more toxic than others.

The most toxic mixture we have observed so far is the very simple formulation said to have been used by England’s Queen Elizabeth I: a mixture of white lead and vinegar. This mixture passed lead through the skin in much higher quantities than other recipes. This raises the question of whether it is worth revisiting whether some of Elizabeth I’s health problems were due to, or exacerbated by, lead poisoning.

By Fiona E. McNeill, Professor, Physics and Astronomy, McMaster University. This article is republished from The Conversation under a Creative Commons license. Read the original article.