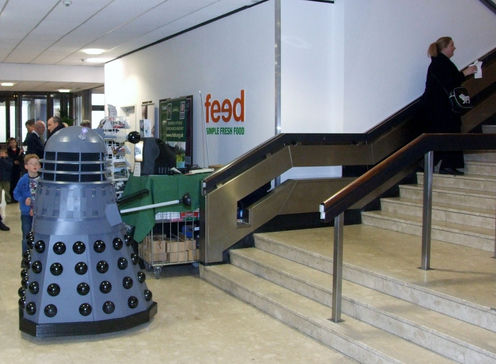 From very early age of robotics, there has been attempts to reproduce systems similar to human arms and hands.

This has been extended to flexible and mobile platforms reproducing different animals from dogs to snakes to climbing spider octopods, and even entire humanoids.

One of the key actions performed by animals from mantises to kangaroos is jumping. But incorporating a jumping mechanism into autonomous robots requires much more effort from designers. One of the main challenges for robots is still travelling efficiently over rugged surfaces and obstacles. Even the simple task of going up or down a staircase has proven to be rather difficult for robot engineers.

A jumping robot could provide access to areas that are inaccessible to traditional mobile wheeled or legged robots. In the case of some search-and-rescue or exploration missions, in collapsed buildings for example, such a robot might even be preferable to unmanned aerial vehicles (UAVs) or quadcopter “drones”.

There has been increasing research in the robotics field to take on the challenges of designing a mobile platform capable of jumping. Different techniques have been implemented for jumping robots such as using double jointed hydraulic legs or a carbon dioxide-powered piston to push the robot off the ground. Other methods include using “shape memory alloy” – metal that alters its shape when heated with electrical current to create a jumping force – and even controlled explosions. But currently there is no universally accepted standard solution to this complex task.

A new approach explored by researchers at the University of California San Diego and Harvard University uses a robot with a partially soft body. Most robots have largely rigid frames incorporating sensors, actuators and controllers, but a specific branch of robotic design aims to make robots that are soft, flexible and compliant with their environment – just like biological organisms. Soft frames and structures help to produce complex movements that could not be achieved by rigid frames.

The new robot was created using 3D printing technology to produce a design that seamlessly integrates rigid and soft parts. The main segment comprises two hemispheres nestled inside one inside the other to create a flexible compartment. Oxygen and butane are injected into the compartment and ignited, causing it to expand and launching the robot into the air. Pneumatic legs are used to tilt the robot body in the intended jump direction.

Unlike many other mechanisms, this allows the robot to jump continuously without a pause between each movement as it recharges. For example, a spring-and-clutch mechanism would require the robot to wait for the spring to recompress and then release. The downside is that this mechanism would be difficult to mass-manufacture because of its reliance on 3D printing.

The use of a 3D printer to combine the robot’s soft and hard elements in a single structure is a big part of what makes it possible. There are now masses of different materials for different purposes in the world of 3D printing, from flexible NinjaFlex to high-strength Nylon and even traditional materials such as wood and copper.

The creation of “multi-extrusion” printers with multiple print heads means that two or more materials can be used to create one object using whatever complex design the engineer can come up with, including animal-like structures. For example, Ninjaflex, with its high flexibility could be used to create a skin or muscle-like outer material combined with Nylon near the core to protect vital inner components, just like a rib cage.

In the new robot, the top hemisphere is printed as a single component but with nine different layers of stiffness, from rubber-like flexibility on the outside to full rigidity on the inside. This gives it the necessary strength and resilience to survive the impact when it lands. By 3D printing and trialling multiple versions of the robot with different material combinations, the engineers realised a fully rigid model would jump higher but would be more likely to break and so went with the more flexible outer shell.

Once robots are capable of performing more tasks with the skill of humans or animals, such as climbing stairs, navigating on their own and manipulating objects, they will start to become more integrated into our daily lives. This latest project highlights how 3D printing can help engineers design and test different ideas along the road to that goal.