Education Secretary Gavin Williamson has announced the end of school “bubbles” in England from July 19, following the news that 375,000 children did not attend school for COVID-19-related reasons in June.

Such mass self-isolation is hugely disruptive. Yet despite the clamor to switch to other protective measures, such as rapid testing of pupils who have been in close contact with an infected pupil, the public service union Unison has supported self-isolation as “one of the proven ways to keep cases under control”.

Self-isolation can indeed be effective at preventing transmission, but it is a blunt tool. A child who has been in close contact with someone who has tested positive for the virus may not become infected themselves.

Unnecessary exclusions are costly. Education has already been significantly disrupted by the pandemic and children can ill-afford to lose more time away from school unnecessarily. 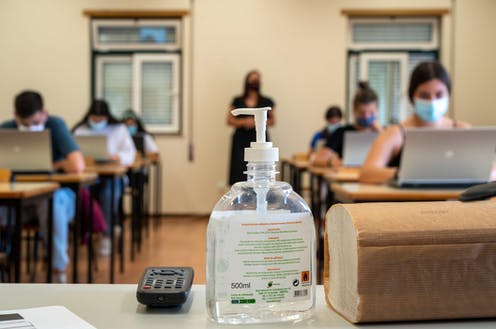 The proposal is that, instead, NHS test and trace will coordinate school testing, offering a more targeted approach. Children who have been in close contact with an infected person would only have to self-isolate if they also test positive for the virus themselves. This approach would lead to a lower number of children needlessly sent home.

On the other hand, because the tests aren’t perfect, targeted testing will mean that some people who are actually infected are given the all-clear, potentially allowing infectious people to enter school. How likely this is depends on the tests used – for example, PCR versus lateral flow tests – as well as the nature of the testing regimen deployed and the prevalence of the virus at the time of testing.

Whether we should continue with school bubbles or adopt more targeted testing depends on an ethical judgment about what matters more: minimizing the impact on education or minimizing the spread of the virus.

But there is a more radical solution to the problem of school disruption. We could stop screening children for COVID-19 altogether. Children would be excluded from school if they are unwell. They would be tested for the virus if they are very unwell and need to be treated in a hospital.

Why should we take this more laissez-faire approach? One reason is that this is the way we normally approach viral illness in children. There are viruses such as influenza, RSV and enterovirus that spread through schools every winter (and at other times of the year). They can in some cases lead to serious illness and hospitalization. We could contain them and prevent some deaths by screening children and isolating them, but we do not normally do this. The reason is that it would be incredibly burdensome and disruptive to do so. Proportionality is the key.

Testing in schools can be justified during a pandemic as a way of slowing spread in the community and reducing the acute impact on the NHS (“flattening the curve”). However, a large proportion of the most vulnerable have now been vaccinated against COVID-19 (93% of those over the age of 50). Cases are increasing, but two doses of vaccination appear to be highly effective at preventing hospitalisation. Also, most children are at a low risk of serious harm from COVID-19. 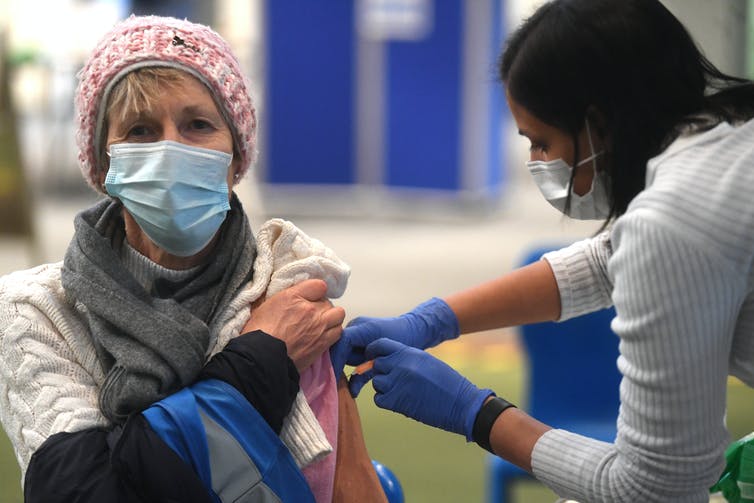 Around 93% people over the age of 50 have been vaccinated against COVID. Neil Hall/EPA

On the other hand, the cost of excluding young people from schools has not similarly decreased. There is real concern that the disruption of the last year will cause lasting educational harm to a generation of school children.

We should make sure that teachers have had the opportunity to be vaccinated. Not only will this protect them and reduce the chance they have to take time off school, studies suggest that transmission in and among staff was the main driver of spread in schools in earlier phases of the pandemic.

Whether we should continue testing and having bubbles in schools is not a scientific question, but an ethical one. It depends on whether it is proportionate to continue to disrupt children’s education to reduce cases of viral illness.

There is a point where such measures, even if they would be effective, would cause more harm than good overall. We may have now reached that point. There is a strong argument that when the schools return, it should be without routine COVID-19 tests.