Tackling Fat And Fitness Starts With Getting Off The Couch
By The Conversation | February 18th 2015 12:00 PM | Print | E-mail 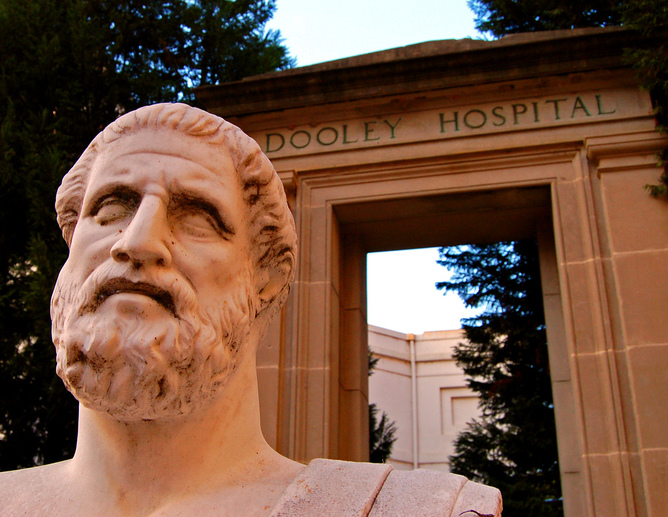 The link between exercise, diet and ill health has been recognized for a considerable length of time.

Eating alone will not keep a man well; he must also take exercise. For food and exercise … work together to produce health.

Hardly a day goes by without some headline concerning an obesity epidemic and the threats to health. The debate is often couched as a simple choice between fat and thin; high BMI reading or low. But it is an approach which risks missing the real point – that getting people to lose weight is a more complex affair and long-term project rather than an answer found in a short equation or crash diet.

Obesity is very often defined using BMI, or the Body Mass Index, which is calculated from the ratio of body weight to height squared. In adults, where growth in height has stopped, any weight gain, usually body fat, will increase BMI. The fear about the health risks linked to this come because the classification of BMI categories was mapped against increased risks of preventable, non-communicable diseases.

And so we look for ways to reduce our body fat, and cut the risks. The cause for increased BMI may be simplified as an imbalance between the energy we take in (food) and that which is expended for living and undertaking work, activities, exercise or sport. When we eat more energy than we use, the excess is stored and raises body weight, and the most efficient way the body has found to store this excess energy is as fat tissue.

So an apparently simple relationship where weight gain is the result of more food eaten than energy expended should be simple to solve. However, despite all the solutions and advice offered in the large number of dietary books and articles, the rise of obesity continues apace. So how is it that we still struggle to apply science to correct the energy imbalance and reverse its effects on health? Surely the best and only advice would be to eat less and exercise more?

Closer inspection of the “simple” equation describing weight management (body weight equals food in, minus energy used), reveals that the control of food intake and energy expenditure are complex themselves and involve many factors. What goes in, must come off. Gary Denness, CC BY-NC-SA

To alter the amount consumed seems to be the target for most interventions and simplest part of the energy balance relationship to deal with and there are many available diets available to choose from. Many of them can have a short term impact on body weight but none have a lasting effect.

One reason that diets seem to be unsustainable as a method for prolonged weight management is that the body is able to sense and respond to reduced food intake, leading to increased appetite, lower energy used and altered behaviour. Often the result is a weight reduction followed by a return to pre-diet weight, leading to the so-called “yo-yoing” of body weight.

Simply telling people that they need to reduce how many calories they eat and to exercise more has not worked. Some of this may be due to a belief that diet is the major problem and that weight loss by eating less is the way to solve the problem. Some reporting of the issue indicates that gluttony of individuals is the issue – that people eat the wrong foods and too much of them. The large number of available diets offering advice often contain conflicting advice on foodstuffs and promise more weight loss and benefits than any have ever delivered. When the effects of diets have been measured they do lead to weight loss for most people, but never for everyone and rarely for anyone for a prolonged period (beyond 18 months).

It is clear from many studies that not everyone in a treatment or research group responds in an identical manner. In dietary studies there are always those who respond well to the attention and dietary changes and others who do not and may even increase in weight. Yet interpretation of the data is often extrapolated to everyone with the same “condition” and an assumption is made that the whole population will benefit from the same intervention.

A recent series of Horizon programs tried to provide some insight into how to approach the problem a little differently, by placing overweight and obese volunteers into categories dependent on their answers to questions concerning eating habits, some genes identified with risk of being overweight and measures of certain hormones in their blood.

The volunteers were then placed into one of three groups defined by the scientists leading the study: constant cravers, feasters and emotional eaters, and given a different diet to follow. Their weight was measured over 12 weeks. The suggestion, from the scientists' interpretation of the data, was that each group required a different approach to dealing with their energy balance problem. There may well be different combinations of factors leading to different categories of individuals yet to be identified.

Exercise is another intervention used to help with the energy used side of the equation. However, this too is ineffective in weight reduction, many studies have shown only small benefits over diet alone, in terms of weight loss, despite significant increases in energy burned during the exercises. Part of this may be because exercise stimulates muscle growth and any loss of fat mass during exercise is offset by increases in muscle.

It is well recognized that sedentary behavior has a major impact on health and deaths from non-communicable diseases Increases in technological aids and devices have contributed to this, as has urbanization. We do less walking, standing and exercise than our ancestors. More time is spent sitting. Yet the benefits of only small amounts of activity are clear, and crucially, the benefits are there even for people who are overweight and obese.

Hippocrates may have been the first to consider the point, but more recently, studies with data from large populations have made it clear. It is possible to improve health outcomes by sustaining physical activity and that the active overweight have better health risks than “normally” weighted individuals, with a BMI between 20 and 25, who are sedentary.

The optimal BMI and high fitness level may well be the best for improving your risks for not developing chronic diseases such as diabetes, high blood pressure and certain cancers. But if you are overweight, then being active is better than being an optimal weight and sedentary.

The killer can be the couch, not necessarily the spare tire.

By Peter Watt, Reader at University of Brighton. This article was originally published on The Conversation. Read the original article.