The Redundancy Of Freud's Divide Between Psychiatry And Neurology
By The Conversation | March 25th 2017 03:45 AM | Print | E-mail 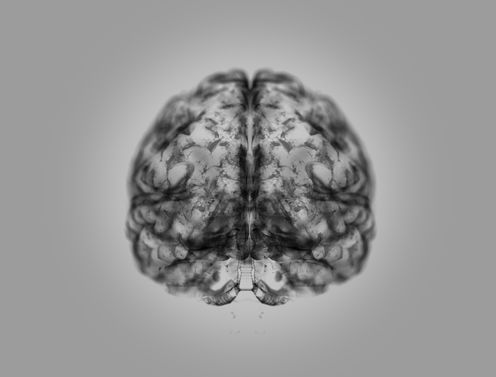 Ever since the days of Sigmund Freud – who was originally a neurologist but is also the father of psychoanalysis – the way we think about brain disorders has been coloured by this artificial divide.

For example, motor neurone disease is treated as a purely neurological condition. The disease, which causes progressive weakness of the muscles and usually leads to death within three years, is diagnosed by a neurologist who looks for evidence of damage in motor nerves.

Schizophrenia, on the other hand, is considered to be a typical psychiatric condition. People with the condition are usually treated by psychiatrists using a combination of drugs and psychological support.

But science has a way of making us humble. How we understand the world can be completely changed by scientific discoveries. New tools, such as genetics and brain imaging, can suddenly provide the key to a completely new way of thinking about brain disorders such as motor neurone disease and schizophrenia.

First the genetics. We know that some conditions can run in families, suggesting that genes are important. This is true for both schizophrenia and motor neurone disease.

Psychiatrists have been collecting DNA from people with schizophrenia for years and have found quite a few genes associated with the disorder. Many of these genes control how nerve cells (neurones) talk to one another, either individually at the synapse (the point at which neurones connect), or as groups or networks. So, the genetic evidence for schizophrenia suggests that it is caused in part by changes in brain networking.

Recently, neurologists and psychiatrists have worked together to analyse the combined genetic profiles of almost 13,000 motor neurone disease cases and more than 30,000 schizophrenia cases. They have made the surprising discovery that up to 14% of the genes associated with these two very different conditions are the same. This new research, which was published in Nature Communications, tells us that the causes of motor neurone disease and schizophrenia have something important in common.

The clues came from earlier studies performed by researchers at Trinity College Dublin. They studied more than 12,000 relatives from 400 families and found that people with motor neurone disease were nine times more likely than expected to have other family members with schizophrenia. They also found that motor-neurone-disease families were 16 times more likely to have a family member who had committed suicide. Because families share the same DNA, the higher rates of psychiatric disease in family members of people with motor neurone disease suggested that schizophrenia, supposedly a disorder of the mind, might really belong with neurologists instead of psychiatrists.

This link between schizophrenia and motor neurone disease shows that the divide between psychiatry and neurology is artificial. We need to recognise that brain disease has many different forms. The best way to develop new treatments is to understand the biology of what is happening. This will influence how we think about diseases. It will also affect how we train future doctors in both psychiatry and neurology.

Maybe it’s time neurologists invited their colleagues in psychiatry back in. That way, we can have a combined and mutually beneficial approach towards the fascinating study of the 21st-century brain.