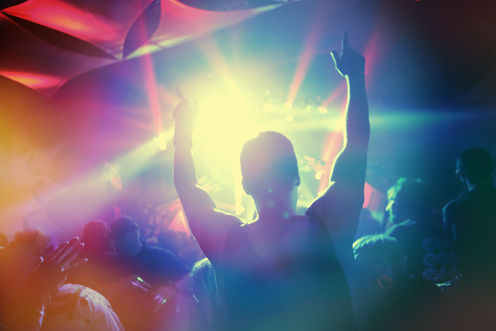 Getting high on own supply. Dance by Shutterstock

Despite the language we use about drugs, many people don’t see themselves as “drug users” but as rational adults who aren’t on a mission to seek moral disintegration and cause themselves harm.

People who use drugs are just people who happen to use drugs (they might also do yoga, go the cinema, get degrees, litter the streets or be into base-jumping) – normal people who care about their loved ones, their health and well-being and want to make the most of that wonderful thing that we all share: life.

I’m not daft enough to think that any set of guidelines or precautions can make the use of alcohol and drugs completely safe. I spend my working day with people whose lives have been ruined by drugs; from acute toxicity and risks associated with intoxication-related behaviors that everyone who uses alcohol and drugs is at risk of, to longer-term physical complications and dependence that are issues for only a minority of users (depending on the drug).

And predictors for problem use are myriad. While some are constitutional, for the vast majority of people the major risks associated with alcohol and drug use can be significantly curtailed by adopting certain strategies to minimize risk.

And as the world creaks towards a closer examination of whether current drug laws are the best way to minimize the negative health impact of alcohol and drug use – both on an individual and societal level – it’s worth giving a moment’s thought to what advice we could give to people who use these substances to assist them in minimizing harm.

There is always risk

Even if drugs were regulated, rather than being illegal, they would not be without the risk of harm. And to date, the world has a poor track record in providing harm reduction information on the world’s most popular drug: alcohol. And conversations about reducing risks and harm are just not that sexy. As our Global Health Survey (GDS) showed last year, almost half of the 65,000 drinkers who responded said they were unaware of their country’s drinking guidelines and, of those who did, only one in five paid any attention to them.

It’s not clear why this is, but a possibility is that guidelines fail to acknowledge that the main priority of those who drink or use drugs is short-term pleasure, not the avoidance of harm. This leaves us with a challenge. How do you engage people who use alcohol and drugs for pleasure in a conversation about the harm associated with their use?

The term “harm reduction” has been a watchword, nay a mantra, for many in the field for 30 years. From supervised injecting facilities to giving methadone or naloxone to people who use heroin, and nicotine patches to try and help people smoke less, these harm-reduction initiatives have saved millions of lives worldwide. It saddens me that some people have a problem with the concept of harm reduction and, in the face of overwhelming research suggesting the opposite, still think these kinds of help promote drug use.

I have never had a problem with promoting measures that reduce harm and thought I would be on safe ground with this attitude until I started running the GDS. But after we began receiving emails from people who used alcohol and drugs asking why we didn’t provide any questions about pleasure, we decided to.

We came up with the Net Pleasure Index, which was based on tens of thousands of responses weighing up the good, the bad and the ugly things about different drugs. The index rated MDMA, LSD and magic mushrooms as the nicest drugs on balance and alcohol and tobacco as the worst.

Pleasure and drugs went together naturally and it seemed many people had given lots of thought to how to get pleasure from alcohol and drugs. In fact compared to harm, pleasure was a rather engaging topic for people who used these substances. So we wondered what the relationship was between harm reduction and pleasure. And as part of GDS 2014 we asked people from around the world to vote on the harm-reduction approaches they usually adopted when they used the following drugs: alcohol, cannabis, MDMA, stimulants, ketamine, psychedelics, GHB and new psychoactive substances for the first time.

These strategies include testing a dose from a new batch, using a trusted supplier, avoiding combining drugs or not drinking while on ketamine.

Safety advice for first timers with a new pill or powder.

For each strategy we asked people if they usually (more than 50% of the time) used this strategy; what they would score it out of ten for the importance of reducing the risk of harm; and whether using the strategy increased the pleasure they got from that drug, decreased it or had no effect.

So what did we find? Well, put simply, the vast majority of the strategies adopted by people to reduce harm had either a neutral or positive effect on their drug experience. In other words, safer drug use is more enjoyable drug use.

These results pose the question: what sort of guidelines should we should? When it comes to guidelines, most governments tend to treat all illegal drugs like tobacco. For example, there is no safe limit or level of use that is associated with no risk of harm: tobacco kills you, it’s highly addictive, so don’t smoke.

This is not bad advice because the risk of addiction with tobacco is higher than for almost any other drug, with many people dependent, and not just for pleasure. While I’m not sure whether talking about pleasure will be an effective way to help reduce the risks of using substances, our GDS “highway codes” – our safety "dos and don'ts" for different drugs – have been downloaded 30,000 times.

The highway code is just a start of a more objective, independent and informed approach that the GDS is taking, bringing together leading experts to ask you the right questions about drugs and alcohol use, and to make a difference to the way we talk and think about drugs, and use them – safely.

Adam Winstock, Senior Lecturer at King's College London, is founder of the Global Drugs Survey. The 2015 survey launches in November.