In graduate school, I earned beer money by modeling for life drawing classes in various art departments. (Don’t judge, grad school doesn’t pay well and beer isn’t free.) In the long hours standing around, I would survey the room and count how many of the aspiring artists were left-handed. Later in my career, I did the same thing — counting lefties, not standing around naked — in the biology classes I taught.

Funny thing, in any given class, around 10 per cent of the students were lefties. It turns out this is true for all human populations, not only middle-America university classes. Globally, about 90 per cent of people are righties. But why?

For as long as I can remember, I’ve been fascinated by handedness — our almost ubiquitous tendency to favor one hand over the other — and maybe a little envious of the rare left-handers. Their rareness gave a certain mystique — and they got to use those funky chair-desks with the desktop on the “wrong” side.

What do we know about the genetics of being right- or left-handed, or even ambidextrous? And how does this help shape our understanding of biology in general? 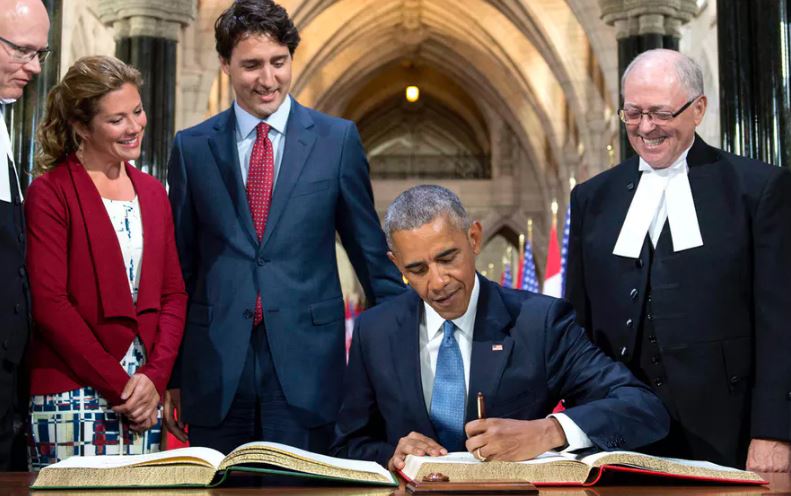 What is “handedness” anyway?

Given how fundamental, and obvious, handedness is, we know surprisingly little about its genetics.

One complication — determining handedness isn’t straightforward. The dominance of your writing (and drawing) hand is a function of at least three things: Genetics to be sure, but also the environment, and, likely, random chance. 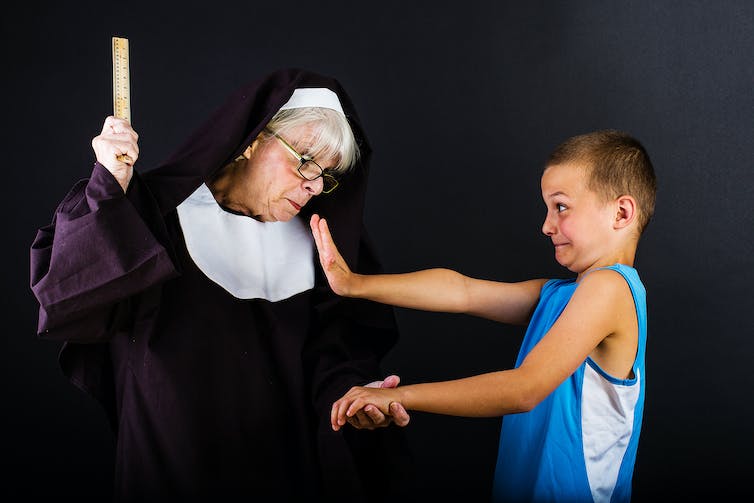 Our environmental surroundings can pressure us to adopt certain behaviors, like handedness, even if we aren’t genetically wired that way. (Shutterstock)

Why the environment? Think of the probably-not-apocryphal stories of the Catholic school nuns ruler-rapping the knuckles of anyone so sinister to write with their left hand. (My father-in-law swears these stories are true.)

In many cultures, the left is associated with evil. There has been, and may continue to be, considerable pressure against maintaining the left hand as the dominant hand.

Less violently, but no less effectively, there is convenience. Try using a pair of right-handed scissors with your left hand.

Why left-handers can’t use right-handed scissors.

That didn’t work, did it?

The fact that scissors, and other assorted manual tools and appliances, from dessert forks to chainsaws, are designed for the righty majority means they’re harder to use lefty, resulting in considerable pressure to conform and use your right hand.

What does “right-handed” really mean?

This pressure means that many studies that defined handedness by identifying the dominant hand in writing may have miscategorized a substantial portion of the population.

A solution adopted by many researchers is to assay a suite of behaviors. There are a surprising number of activities that show a dominant hand, including the decidedly adult behavior that may have just crossed your mind, but also more demure pastimes like sewing or spoon use.

Genetics definitely plays a role, but what kind of role? Is the genetics of handedness deterministic, essentially a right/left switch, or is it more subtle?

Could there be a genetic makeup, or genotype, that predisposes you to be not-right-handed? Handedness, then, could be a function of this genotype, and its interaction with the environment and random chance.

Other left-right asymmetries abound in human biology. Perhaps the most striking is the asymmetrical layout of our internal organs — heart, lungs and digestive track.

But it’s the clockwise or counterclockwise whorl of hair that has had a central role in understanding the genetics of handedness. Much like the rotation of hurricanes and cyclones, the hair on our scalps forms a central spiral with a direction of rotation. (I’m not making this up, find a pair of mirrors, or the person sitting next to you, and check me on this — or look at this picture.) 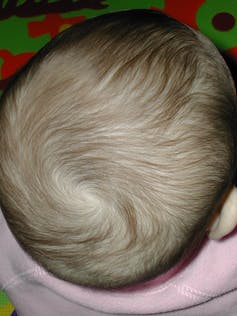 The whorl, and its direction, was the focus of a seminal paper on the genetics of handedness. The scientist, Amar Klar, hung out in local malls and surreptitiously recorded the whorl direction of shoppers’ hair. Most had clockwise whorls. He didn’t record the shopper’s dominant hand — but he didn’t have to. Remember, the bias in handedness is almost universal.

Because 90 percent of the human population is right-handed, Klar concluded that right-handedness and a clockwise whorl were correlated. He then directly surveyed a smaller group of people who had a counterclockwise whorl and found that this group split 50/50 between right-handed and not-right-handed.

In this way, Klar showed that handedness and whorl direction are associated, but not in a “all righties are clockwise; all lefties are counterclockwise” way.

A single gene for handedness?

Klar proposed an elegant alternative model that still only requires a single gene to determine both whorl direction and handedness.

Many genes have different forms, called alleles. We each carry two copies of every gene in our genome, one from mom and the other from dad. In some cases, but not all, one of these alleles is “dominant.” (Remember Gregor Mendel and his wrinkled and smooth peas?)

In Klar’s model of hair and hands, the handedness gene has two alleles; if you have one or two copies of the dominant allele, you have a clockwise whorl and you’re a righty. But when you have two copies of the other form, chance comes into play — and that’s when things get interesting.

Klar’s interpretation is that these individuals always have the rare counterclockwise hair whorl and that they’re not right-handed about half the time. In other words, in these individuals, handedness is a genetic flip of the coin.

This kind of combination of genetics, the environment and simple random chance underlies most human biology, from height or weight to drug resistance or cancer susceptibility. Understanding the genetics of human handedness can, then, help us to understand human genetics in general.

What about asymmetry and handedness in other species?

Like many “complex” behaviors (think language or tool use), we used to think of handedness as a uniquely human trait. Once we actually started looking, however, we’ve found “handedness” in many other species, from snails to kangaroos, even to our ancient evolutionary ancestors.

Snails don’t have a dominant hand (or any hands, really), but their shells twist either right (almost all the time) or left (very rarely). 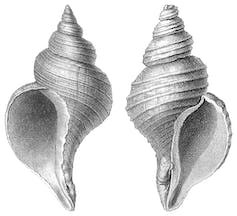 Cephalopods, octopus, cuttlefish and squid are a group of molluscs (like snails) that do have arms and, it turns out, are “handed.” When I briefly studied cephalopod behavior in the 1980s, we didn’t think that octopus or cuttlefish could distinguish left from right, but more recent work shows that they can and that they have a preferred arm or side.

Scale-eating cichlids, a sort of creepy fish that feeds exclusively on the scales of other, less fortunate, fish, preferentially attack from the left or from the right.

Your cat reaches for food with its dominant paw, but your leg-lifting dog is ambidextrous in its peeing preference.

A central challenge in exploring the genetics of handedness in humans is our (completely justified) unwillingness to experiment on humans. I won’t genetically engineer my daughter to see if I can make her left-handed, but I’d be willing to try it on a snail.

Because handedness occurs in other species, we can study them to determine its genetic mechanism. This comparative approach underlies all model organisms; it is why, for example, we study the metabolism of fruit flies to understand the biology of deep underground mining and the genetics of chromosome cross-talk and cancer.

One important point to keep in mind, though, is that similar systems aren’t necessarily controlled by the same genes. Klar, for example, found that organ asymmetry is determined by a genetic pathway that is distinct from the one for hair whorl and handedness. Handedness in cats or snails is likely genetic, but the genetics may not be identical to that in humans.

American lobsters are just as likely to be right-clawed as left-clawed. (Shutterstock)

Animal handedness differs from us in another way, too. The extreme bias present in humans, that 90:10 ratio, doesn’t exist. Cats, for example, are just as likely to be right-pawed or left-pawed. American lobsters have a larger “crusher” claw and a sharper “cutter” claw, but the big, dominant claw is equally likely to be on the right or left. Kangaroos tend to be lefties, and chimps tend to be righties, but in both the bias isn’t as strong as it is in humans.

Why the bias in humans?

Handedness is biologically complex and involves substantial co-ordination between the brain and hand. The brain is itself asymmetrical, with the left and right hemispheres playing different roles in co-ordinating activities such as pattern recognition or language.

Interestingly, there seem to be subtle differences in the brain architecture of righties and lefties. Does the bias, then, reflect some kind of wiring in the brain? Some studies have tied left-handedness to changes in brain function and behavior.

There are also some groups in which lefties are over-represented, including artists and architects. These numbers suggest that there is a creative benefit to being wired this way.

(The more observant, or pedantic, may be asking how this point fits with my initial observation that about 10 per cent of art students were lefties. The answer is likely sample size. I stood around in front of a lot of students — but still only couple of hundred. This may simply have not been big enough sample for me to see the jump to 20 per cent from 10 per cent. Sampling limitations are the bane of biologists.)

Possible creative, or cognitive, differences bring us back to my initial fascination, and envy, of that sinister minority.

Thanks to Jack Bateman, Jeff Arnold, Kim Fahner, and Jean Boal for their invaluable suggestions and for pointing me to some of the literature and ideas that support this piece. Any limitations in interpreting that literature is mine alone.

By Thomas Merritt, Professor and Canada Research Chair, Chemistry and Biochemistry, Laurentian University. This article was originally published on The Conversation. Read the original article.