Tommaso Dorigo
On Saturday, July 8th, the "Sala Perla" of the Palazzo del Casinò was crowded by 600 attendees, who filled all seats and then some. The event, titled "Universo: tempo zero - breve storia dell'inizio", was organized in conjunction with the international EPS conference, which takes place until this Wednesday at Lido of Venice. It featured a discussion between the anchor, Silvia Rosa Brusin, and a few guests: Fabiola Gianotti, general director of CERN; Antonio Masiero, vice-president of INFN; and Mirko Pojer, responsible of operations of the LHC collider. The program was enriched by a few videos, and by readings by Sonia Bergamasco and jazz music by Umberto Petrin.
At the start of the evening, the Venice high-school students who won the "Art&Science" contest were given prizes (consumer electronics and gadgetry). The winners, Martina Ciampi and Elena Murer, received in addition a grant for visiting CERN. In addition, a total of 11 artworks were selected to participate in the final exposition, which will take place next spring in Naples. There, they will compete with other works produced in four other Italian cities, for more grants to visit CERN.

The formula of offering entertainment mixed to physics explanations has been seen to work well in past occasions, and this time was no exception at all. The guests were allowed to talk about abstruse things such as "the Higgs field" and "dark energy", but they did not have enough time to tisk making things less than entertaining. In fact, the rythm of the evening remained well paced and the time flew almost too quickly. Of this credit has to be given to the conductor, Silvia Rosa Brusin; the actress Sonia Bergamasco gave a very beautiful touch of literature to the mix, by reading two touching pieces.

The success of the evening is a proof that Italy is a place where these initiatives can be very successful - it is not too hard to fill a theatre if some care is put in organizing an event with multiple attractives. And, of course, free of charge. So the budget is the issue: when there is money things work out. But as a member of the organizing committee, I can tell you that money is only one ingredient: a huge amount of work and dedication went in producing this result.

Below are a few pictures I took of the evening. 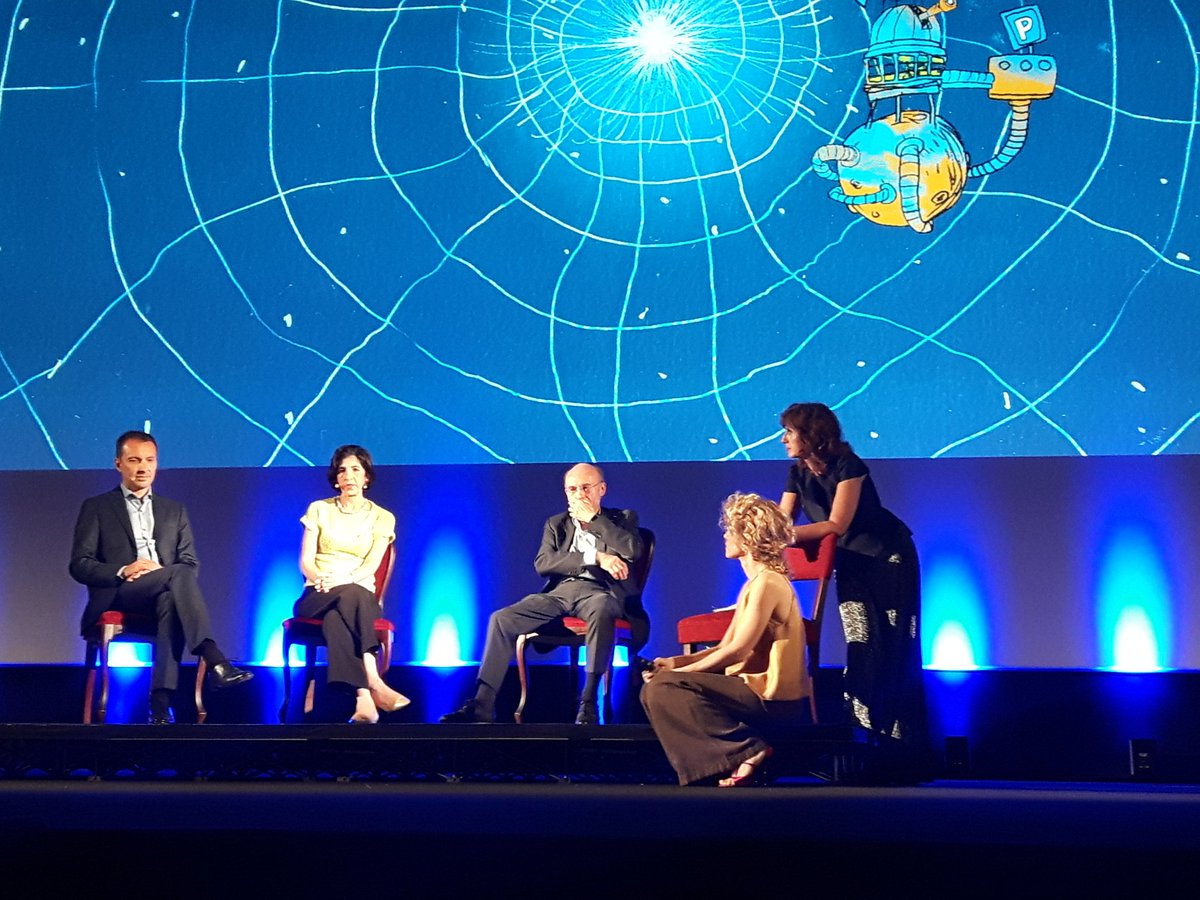 Above: the three guests chat with the conductor and Sonia Bergamasco during the Q/A session. 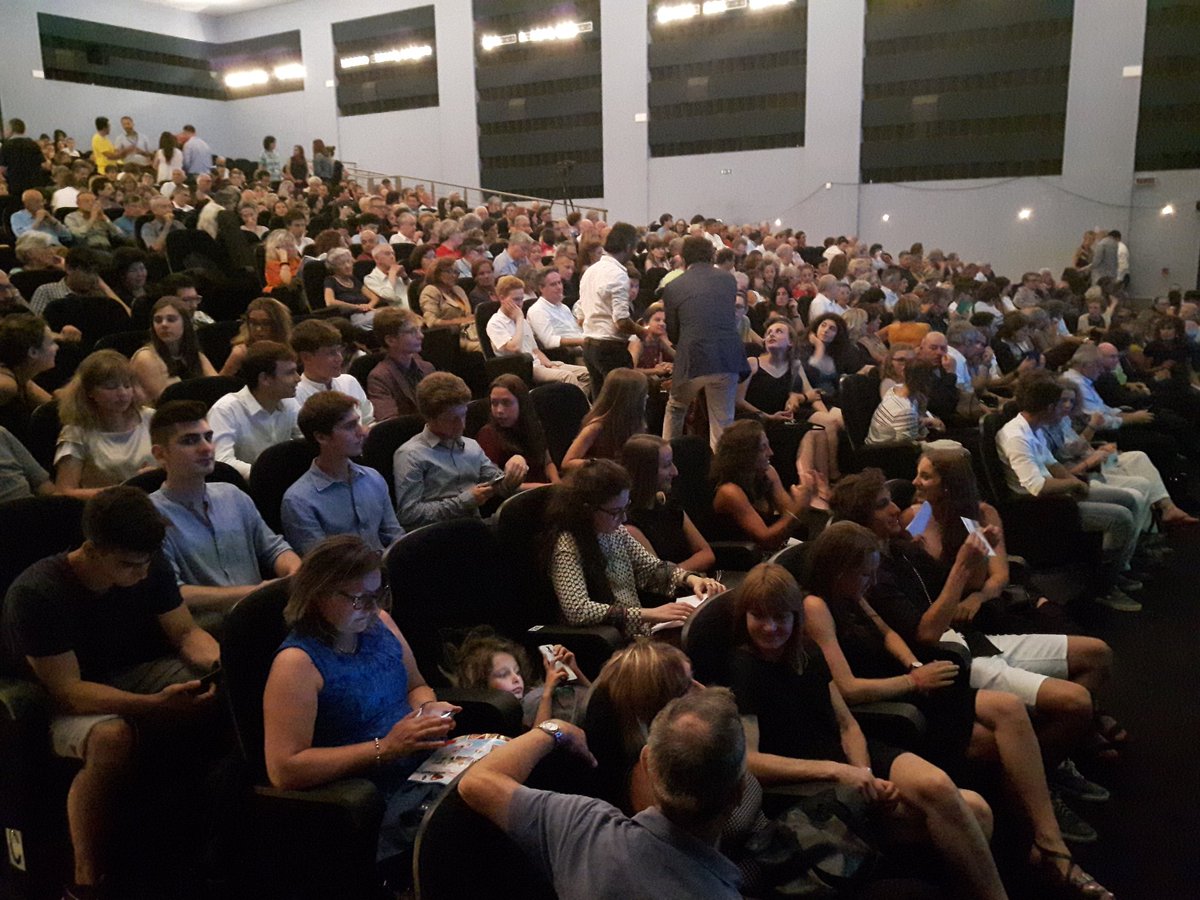 The audience before the start 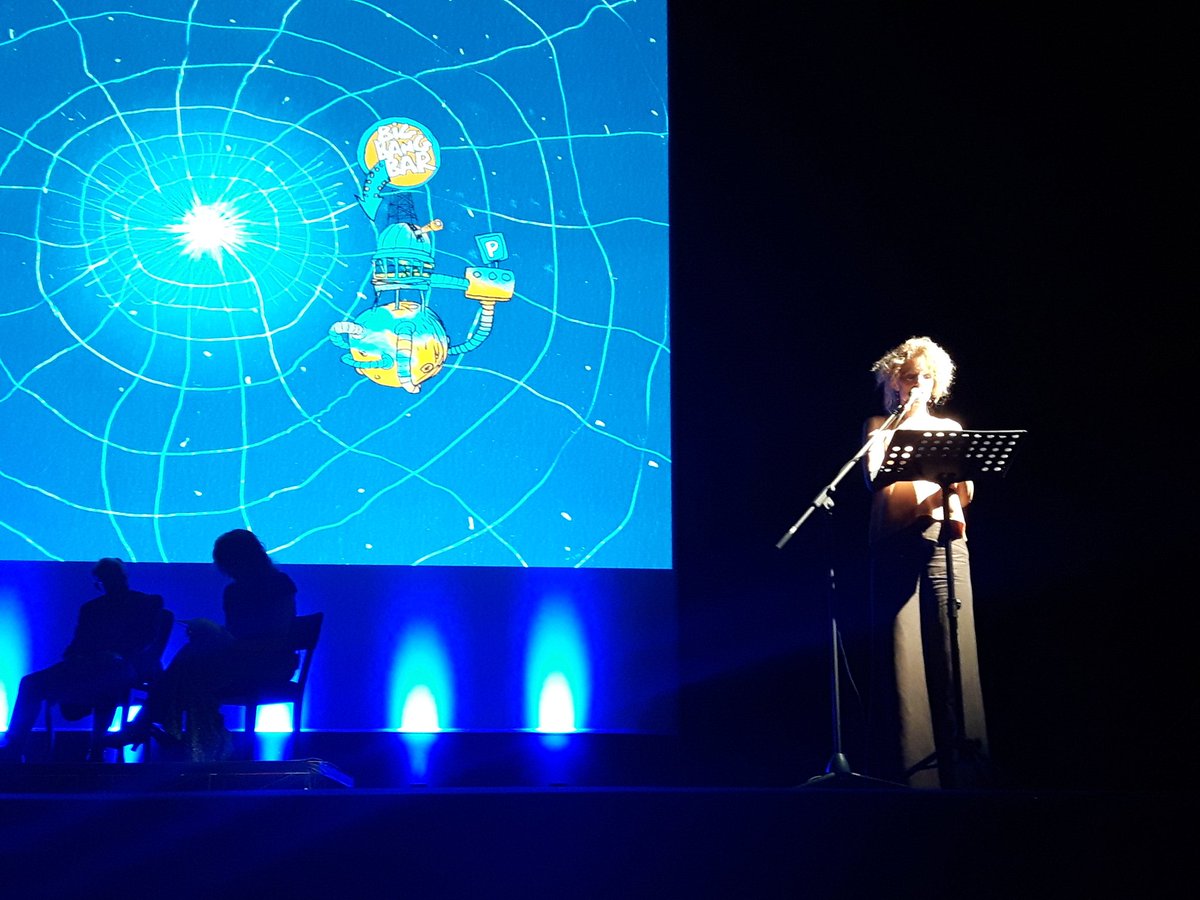