Tommaso Dorigo
I was very saddened the other day upon learning from a colleague that Teresa Rodrigo Anoro passed away. Teresa was a professor at IFCA, University of Cantabria in Santander, Spain, where she held the position since 1995. At the IFCA she led a strong team of experimental particle physicists who collaborate to the CMS experiment at the CERN LHC. Her premature loss leaves a very large void at her institution in particular, as well as in the development of Spanish particle physics in general, where she had a big role.

It is not my job nor my immediate wish to describe here the many ways in which Teresa contributed to our field of research - other more official and institutional sources will no doubt cover that better than I could. I rather chose to collect here a few notes which may portrait her for what she was - a charming, soft-spoken, insightful, intelligent human being.

I first met Teresa when I joined the CDF experiment at Fermilab, in 1992. Teresa had previously been a member of the UA1 experiment, the one which had discovered the W and Z bosons at CERN a decade earlier. In 1990 she joined CDF, where she became involved in the search for the top quark, which would get discovered a couple of years later. 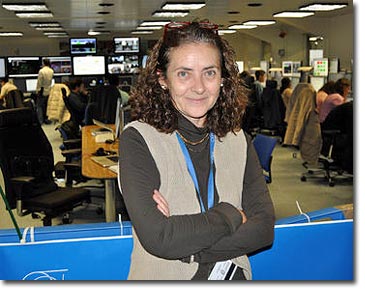 Above: Teresa at a CERN control room

Those were very exciting times for me, as I was still a student but I could live the hectic atmosphere of a 500-strong collaboration, internally competing but also cooperating in the attempt to finally observe that particle as soon as possible -the external competitor, the DZERO experiment, had just started collecting the same proton-antiproton collisions as CDF. I remember often meeting her at internal meetings of the "Heavy Flavour" CDF group, where analysis results were presented and discussed in detail.

I recall that Teresa was involved in the studies of the W+jets background as well as in the development of B-tagging algorithms. Both were pretty much the center pieces of the whole analysis. The way to construct a robust technique with which to prove the existence of the top quark in the data was the subject of endless, heated debates. I recall that Teresa made an exception to the general tense attitude of those meetings, bringing calm and insight in the discussions.

Eventually, CDF in 1994 saw the first evidence for top pair production, using data-driven estimates of the W+jets background and perusing two different methods to identify b-quark originated jets. Teresa was no doubt a big contributor to that scientific achievement.

Since 1992 we continued to be members of the same experiments - CDF, until its demise, and then CMS, where she gave important contributions to the muon system and held the chair of the Collaboration Board in the crucial years of the Higgs boson discovery. I realize it was invariably pleasant to speak with her, and now that this is not possible any more I do feel for her loss. 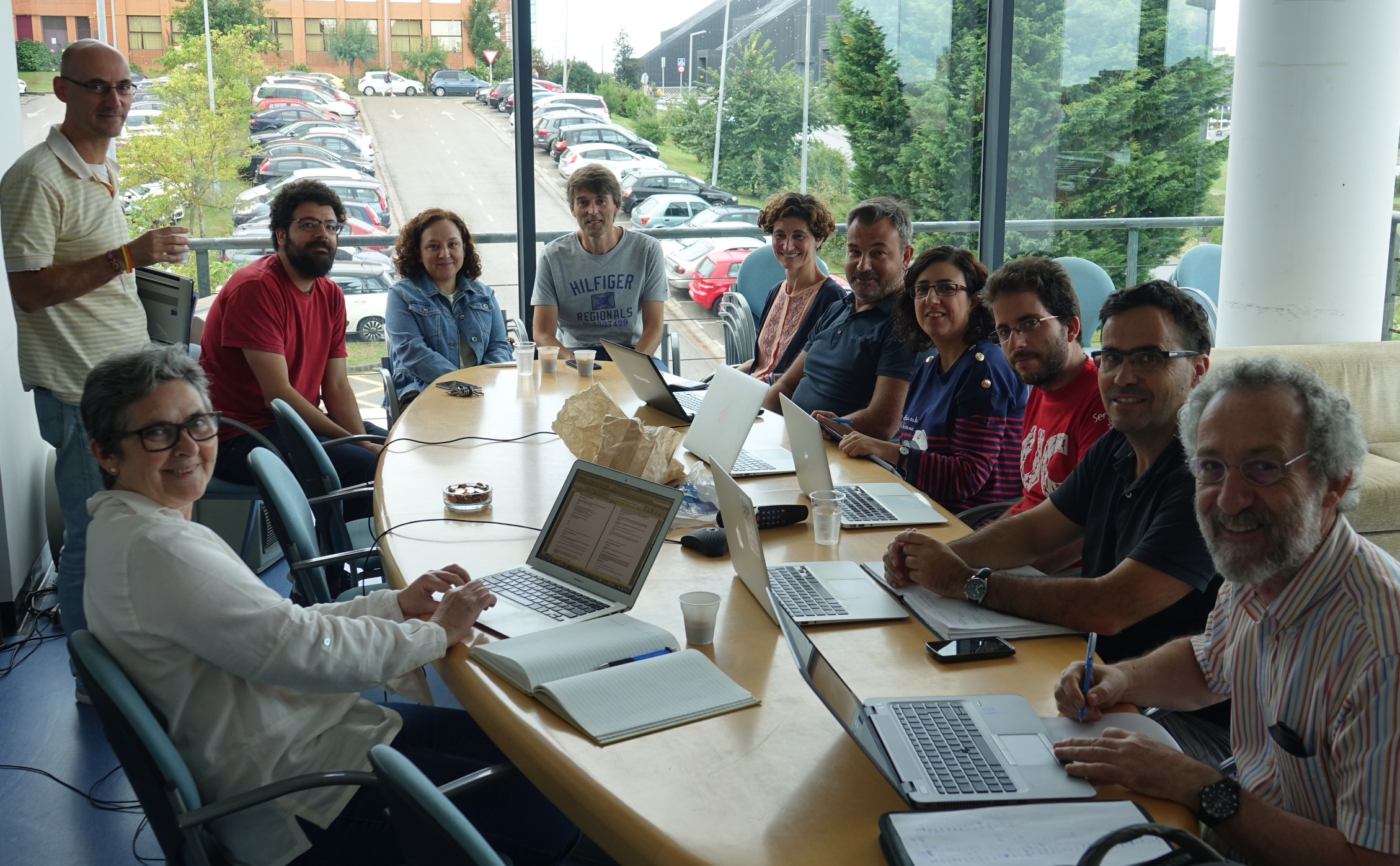 Above: a recent picture of Teresa during a meeting with her colleagues at Cantabria.

Despite we belonged for almost 30 years to the same scientific collaborations, I cannot say I knew Teresa very well. So I decided to ask a colleague of mine who knew her much better than me to share with us some impressions of her, as a physicist, as a mentor, and as a colleague. This is how Rebeca Gonzalez Suarez, a CMS collaborator from Uppsala University, remembers Teresa:

Teresa was the co-supervisor of my PhD thesis from 2006 to 2010. I remember how proud I felt, being in the audience when she presented her candidature to the CMS Collaboration Board; and every time I give a talk that mentions the Higgs boson I also proudly point at her sitting in the front rows of the main auditorium when the Higgs boson observation was presented.


Teresa was, and will remain, an inspirational figure to me and others. She was always working, competent, committed and indefatigable, with a no-nonsense attitude, and still always calm and polite. I think I have never seen her raising her voice in anger, but she did not need that. She was a natural leader and one of those people with clear scientific vision, somebody who understood how to coordinate and steer a large group, to make it become its best. I remember being impressed in my first trips to CERN, seeing her talk to other senior people. I knew nothing but still could see that she was respected, that her opinions were important, that she was somebody with an impact, and that was very powerful through her acknowledged competence and intelligence.


Teresa is leaving an empty space that will be really difficult to fill, and she will remain to me somebody to look up to.