Ashley Cox
A Gecko's ability to climb sheer walls has long caught the attention of scientists and they've been trying for years to duplicate this strange talent. Major universities such as UC Santa Barbara, Georgia Institute of Technology and the University of Dayton have recently come to grips with materials that mimic a gecko's ability to stick. Some new research in Science on this is referenced below but there have been a few others over the last year also. With this recent research, the structural composition of the zoological magic behind the gecko's sticky feet has nearly been reproduced, and then comes the possibility to make it available for human use. This technology may take humans to new heights, literally ... sound like Spiderman anyone? The Gecko's sticky nature is a result of a Velcro-like quality. Millions of little hairs  on the underside of the foot are split into hundreds of even smaller spatula-shaped hairs or "pillars". The interaction between these small hairs (see picture below) and the surface allows the gecko to access the Van Der Waals force and enabling adhesion. 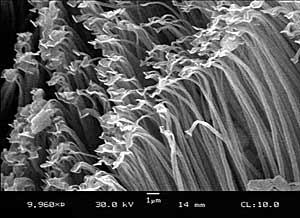 The Van Der Waals force is the attraction of like particles due to the atom's polarity. These interactions are not merely limited to atomic bonding, but that of molecular and surface bonding. This force is what keeps the gecko attached to a wall. The adhesiveness works best when paired with a parallel force, allowing the hairs to grab a maximum surface area. This process is better known as shear adhesion and is the force that keeps geckos stable on a wall.

Obviously, geckos do not only stick to walls, they run around on them. Their mobility on vertical surfaces is incredible and is made possible without falling by 'un-sticking' themselves with each step. 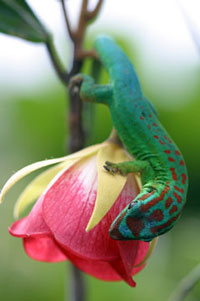 Much like how adhesion works best with parallel pressure, perpendicular pressure allows the hairs to easily unstick. By pulling at a perpendicular angle the force of grasp between the surface and the foot is nearly ten times weaker. A breakthrough understanding of this technique allows scientists to duplicate and apply the concept in an attempt to replicate it.

The new adhesive was made out of two layers of multi-walled carbon nanotubes: a layer of vertically-aligned carbon nanotubes, and a second segment made with curly tubes acting as a mass of suction on the surface it's applied to.

The adhesiveness of this gecko-like substance is ten times stronger than the gecko's own, at about 100 newtons per square centimeter, opening up a world of possibilities for upside down climbing and whatever else scientists may find use for ... like the best Halloween Spider-Man costume ever, since they could literally climb the walls. 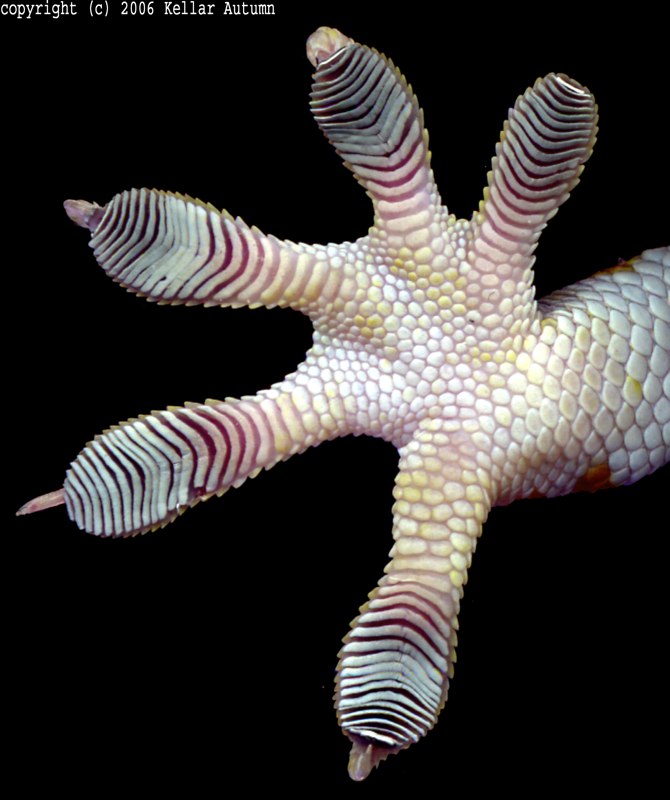