Ashley Cox
We all know that feeling of the Midnight Munchies, when you're watching your favorite movie on late night HBO and you suddenly feel starving, even just a few hours past dinner. Instead of sleeping with the growing you sneak into the kitchen for a little snack, I'm guilty of this too so don't be ashamed. It's normal, and the culprit is actually your own tiny hormones, sparking late night signals tricking your mind into eating.

This might sound like a one time only occurrence, but as more information on these hormones are revealed, a link between sleep deprivation and obesity can sound major alarms within usually peaceful houses. Even poor sleep habits among children can lead to obesity in adulthood. 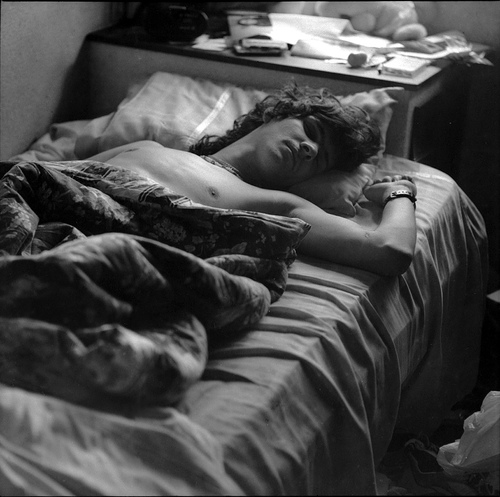 Obviously sleep isn't the only factor involved in determining obesity, exercise, food intake and genes all play together into this concept, but sleep is the most likely to be underestimated. There are two main hormones involved with food consumption and appetite regulation, and they both dramatically change while the body is at rest.

The hormone leptin is immediately involved in the regulation of appetite and metabolism as well as the burning of calories. Put simply, leptin is the chemical that tells the brain when you're full, when it should burn calories and when it should create energy for the body to use. While asleep, leptin levels increase, signaling to the brain that there is enough energy available for use and there's no need for more food. When the body is sleep deprived though, the presence of leptin may have decreased significantly enough for the brain to think there's not enough energy present. This signals as the feeling of hunger, even though the need for food is not actually prevalent at that time. As a side effect, the calories ingested are stored as fat so that there will be energy when you next need it.

Ghrelin is a known appetite suppressor and is almost the complete opposite of leptin, telling your brain when to eat, when to stop burning calories, and when the body should store energy as fat. Unlike leptin, ghrelin levels decrease because sleeping exerts much less energy than being awake (unless you are one of those that like to sleepwalk I guess). A lack of sleep causes the buildup of too much ghrelin, and the body thinks it's hungry. If you act on this hunger, the body stops burning the calories and stores them as fat because it thinks there is an energy shortage.

"When we sleep less, our stomach secretes more of the hormone that stimulates appetite," Montplaisir explains. "And we also produce less of the hormone whose function is to reduce the intake of food."

The secretion of these hormones occur during various points of the day, though most prevalent at night, and the relationship between sleep and weight could be explained by a change in the secretion of hormones that's brought on by lack of sleep.

All in all, sleep deprivation is a major buzz kill for the body, triggering the body to increase food intake and up the storage of fat. So even if you're not participating in those midnight munchies, you're most likely to overindulge in morning breakfast.

Jacques Montplaisir, a professor in the Department of Psychiatry and director of Sleep Disorders Center at Sacré-Coeur Hospital said that 26 percent of children that sleep fewer than 10 hours a night between two and half years and six years are overweight.

Researchers analyzed 1,138 children and found that 26 percent of kids who didn't sleep enough were overweight, 18.5 percent carried extra weight or a body mass index of 25 to 30 and 7.4 percent were obese with a body mass index greater than 30.

In an unrelated study, the National Health and Nutrition Examination Survey I (NHANES I) has put out data between sleep and obesity since 1982 with observations and recordings from nearly 17,000 participants.

If 60 extra minutes of sleep per night can lead to better weight management, isn't that enough cause to turn off the t.v. just one episode of House earlier? It's a hard decision, I know, but sleep duration has not only been linked to obesity, but to coronary artery disease and diabetes as well.