Scientists from Britain's University of York have discovered what they're calling a 'Chemical Equator' that separates the Southern and Northern Hemispheres. This band, which lies in the Western Pacific, is estimated to be 50 km wide and acts as a divider, keeping the pollutants of the northern hemisphere from contaminating that of the hemisphere below. 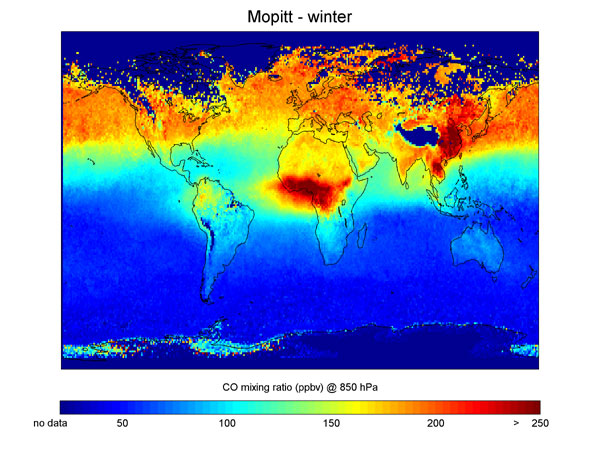 Although atmospheric pollution has been recorded for some time, the difference in pollution levels within each hemisphere was unexpected; and the number is vast.

A study conducted by the University's Department of Chemistry shows the level of carbon monoxide being four times greater in the Northern Hemisphere verses the Southern. This finding, along with other conclusive evidence obtained, will be published in the Journal of Geophysical Research- Atmospheres.

The vast difference between the documented levels are predicted to be the result of the many wildfires that have taken place within the northern region.

The discovery of this 'Chemical Equator' will allow scientists to more accurately model movements of atmospheric pollution levels and provides a better footing for future climate predictions. This newly revealed chemical separation also influences the scientific understanding of how pollutants influence global climate; something that the Natural Environment Research Counsel is hoping to prove with their newest ACTIVE project.

ACTIVE (Aerosol and Chemical Transportation in Tropical Convention) is searching for the answer to what makes up the composition of the upper tropical troposphere in hopes of directly formulating how pollutants can alter the rate of climate change.

Prior to finding this direct chemical equator, scientists based calculations on the ITCZ or Intertropical Convergence Zone. This zone is specified between the two hemispheres, where the trade winds come together. The collision of these strong winds result in a low pressure system leading to excessive rainfall and vertical uplifts, creating a barrier in which pollutants cannot cross.

Hence the finding of the Chemical Equator.