Michael White
This is what your next doctor's visit will sound like after you get your genome sequenced:

"Analysis of 2·6 million single nucleotide polymorphisms and 752 copy number variations showed increased genetic risk for myocardial infarction, type 2 diabetes, and some cancers. We discovered rare variants in three genes that are clinically associated with sudden cardiac death—TMEM43, DSP, and MYBPC3. A variant in LPA was consistent with a family history of coronary artery disease. The patient had a heterozygous null mutation in CYP2C19 suggesting probable clopidogrel resistance, several variants associated with a positive response to lipid-lowering therapy, and variants in CYP4F2 and VKORC1 that suggest he might have a low initial dosing requirement for warfarin. Many variants of uncertain importance were reported...." 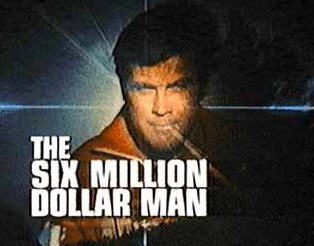 It's been obvious for some time that cost will soon be no obstacle to getting your genome sequenced as part of a routine clinical workup. What's been less clear is just how useful that is going to be, and how physicians should go about incorporating a patient's genome sequence into routine clinical decisions. (Check out a discussion of where costs are now here.)

We can argue over how to go about bringing sequence data into the clinic, but perhaps the best way to get started is to just give it a try - which is exactly what a group of researchers at Harvard and Stanford have done. In The Lancet, they're reporting their trial run of a first whole genome clinical workup:

We assessed a patient with a family history of vascular disease and early sudden death. Clinical assessment included analysis of this patient’s full genome sequence, risk prediction for coronary artery disease, screening for causes of sudden cardiac death, and genetic counselling. Genetic analysis included the development of novel methods for the integration of whole genome and clinical risk. Disease and risk analysis focused on prediction of genetic risk of variants associated with mendelian disease, recognised drug responses, and pathogenicity for novel variants. We queried disease-specific mutation databases and pharmacogenomics databases to identify genes and mutations with known associations with disease and drug response. We estimated post-test probabilities of disease by applying likelihood ratios derived from integration of multiple common variants to age-appropriate and sex-appropriate pre- test probabilities. We also accounted for gene-environment interactions and conditionally dependent risks.

They gave this guy the full treatment - a large battery of clinical tests, and exhaustive family history, and a thorough analysis of his genome. So what does he actually get out of this? How does he change his lifestyle? How are future treatments affected?

The paper offers more grounds for optimism about the prospects of actionable genetic information than I had expected - which isn't saying much. Most useful here seem to be genetic predictions about the patient's potential response to some drugs, like warfarin and beta-blockers. Should he ever have to go on warfarin, his physicians will know to reduce the dose.

A lot of the most informative genome data, however, doesn't really add much to the traditional clinical picture at this point. The patient's genetic data suggest that his risk is elevated for heart disease and high cholesterol, something which he already knew from his family history. In the end, after considering the results, his physician recommended a lipid-lowering drug and discussed taking asprin as a preventative treatment against heart disease. It's unclear whether all of the effort that goes into genome sequencing and analysis will lead to clinical decisions that make a significant impact on patient outcomes any time soon.

One thing that's difficult to take stock of is the patient's psychological response. He's been allowed a peek at his tech specs, and, even though he knew about his family's heart disease risk, the genetic results might prove to be a strong motivator for him to be especially proactive about watching his heart health.

The other significant aspect of this study was the analysis strategy. If whole genome sequencing is ever going to be a routine part of your medical workup, we need standardized ways to analyze the data and to communicate it to physicians and patients. It's a daunting task:

Important limitations remain in our ability to comprehensively integrate genetic information into clinical care. For example, a comprehensive database of rare mutations is needed. Since risk estimates change as studies are completed, a continually updated pipeline is necessary. There are imperfections in all human genomes published to date—false positive and false negative SNP calls, incomplete measurement of structural variation, and little direct haplotype data. Finally, gene-environment interactions are challenging to quantify and have been little studied.

And here is the infodump the patient got:

During genetic counselling, we discussed the possibility that clinical assessment incorporating a personal genome might uncover high risk of a serious disease, including some for which there is no treatment. Additionally, we described the reproductive implications of heterozygous status for autosomal recessive diseases such as cystic fibrosis, which might not be predictable from family history (table 2, figure 1). We also warned of increases or decreases in genetic risk for common diseases. We noted that most of the sequence information is difficult to interpret, and discussed error rates and validation processes. Additionally, we discussed that risk alleles might be discovered that have reproductive or familial importance rather than personal importance (such as those for breast or ovarian cancer). We addressed the possibility of discrimination on the basis of genetics. Although a specialised physician can provide information for a patient seeking a genetic test for a specific disease, patients with whole genome sequence data need information about more diseases with a wide clinical range (table 2). For this reason, we offered extended access to clinical geneticists, genetic counsellors, and clinical lab directors to interpret the information we presented.

As lukewarm as my enthusiasm is for the results, I do think it's time to start more trial runs like this. If genome-based medicine is ever going to work, we have to start somewhere.