Labiaplasty involves “trimming” or reshaping the labia minora, usually to make them smaller or more symmetrical.

Labiaplasty is the second-fastest growing form of cosmetic surgery, according to the American Society for Aesthetic Plastic Surgery. The procedure was performed 5,070 times in 2013, a 44 percent increase over 2012. It's difficult to determine how many were performed prior to 2012; that was the first year ASAPS tabulated the surgery in its annual statistics. 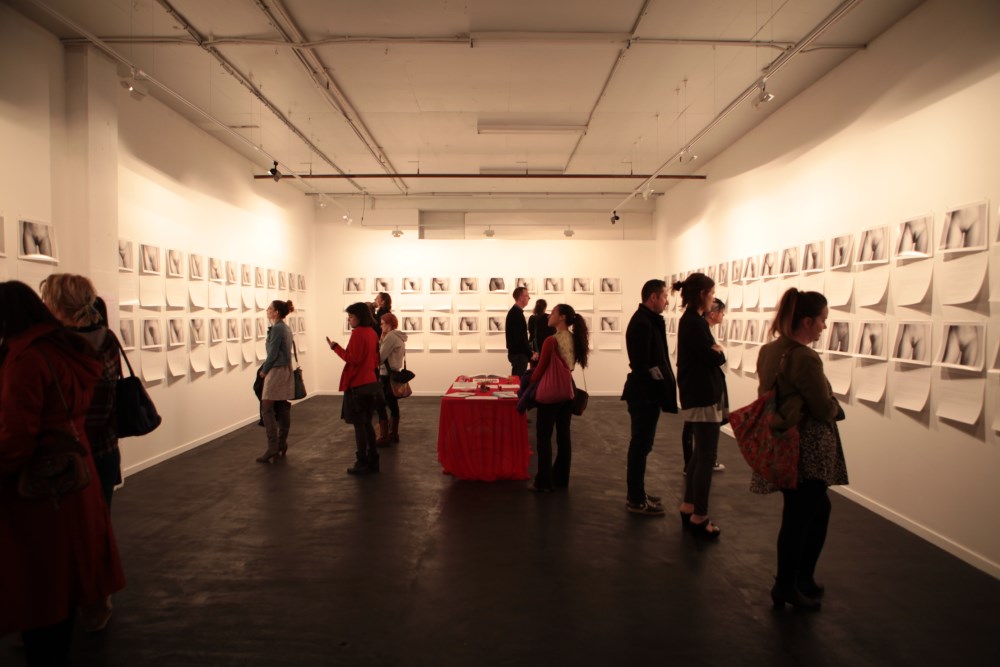 101 Vagina, an art exhibition and book, began touring North America April 5. Part of its mission is to counteract the negative body image accompanying the rise of labiaplasty and other cosmetic surgeries. Photo courtesy of 101 Vagina.

Labiaplasty is not new. It and other vaginal procedures have been used historically as forms of reconstructive surgery. It was, however, performed mainly when deemed medically necessary by the American College of Obstetricians and Gynecologists for conditions such as labia hypertrophy (a type of overgrowth), congenital conditions, or chronic irritation.

It is only within the last few years labiaplasty has been adopted – and advertised - by the cosmetic surgery community. And little formal training exists. Dr. Sean Rice, a Toronto-based plastic surgeon, told CBC News that he learned the procedure from conferences.

Research on labiaplasty is even less developed. Almost no studies have been done looking at long-term outcomes or complications, and a number of the studies that have been done focus mainly on patient satisfaction measures. In fact, when researchers at the University College London Elizabeth Garrett Anderson Institute of Women’s Health in the U.K. attempted in 2009 to conduct a systematic review of the literature, what they were able to find was “extremely rudimentary and precluded the use of the recommended methodology.” Even the rubric for patient satisfaction of extant studies “mostly reflected anecdotes or were based on providers questioning recipients as to how they felt about the intervention after it had taken place.”

The fact that labiaplasty is an elective surgery combined with the absence of research has led several major medical organizations to oppose the procedure, including the ACOG and the Society of Obstetricians and Gynecologists of Canada.

Some have gone farther, arguing that the desire for aesthetic vaginal surgeries is eerily reminiscent of the female genital mutilation crisis in other countries. One of the key factors the World Health Organization uses in defining FGM is its lack of health benefits – a feature FGM shares with many labiaplasties.

Nor does labiaplasty always produce satisfactory results. One case report from the Aesthetic Surgery Journal describes two women who sought corrective surgery after their labiaplasties because of deformities in their clitoral hoods they said had not been present prior to the procedure.

An important difference between labiaplasty and FGM is the matter of consent. But consent may not be free of societal considerations. The WHO points out that FGM tends to be perpetuated by cultural tradition where it is practiced, noting that “social pressure to conform to what others do and have been doing is a strong motivation to perpetuate the practice.”

Plastic surgeons certainly do their work with greater precision and care than is exhibited in most FGM rituals. And there is definitely less social pressure in North America regarding vaginal aesthetics.

But that could be changing, thanks in part to the increased availability of pornography. Reviews on sites such as RealSelf.com seem to confirm the correlation: Jennygirl wrote, for instance, "Now I look like a Playboy model down there."

Celebrities such as Sharon Osbourne have also admitted having vaginal surgery recently, adding to its cultural currency.

Plastic surgeons are using these pressures to conform in their own advertising. The Manhattan Center for Vaginal Surgery proclaims “Neatness Counts.” Even EHow has jumped on the bandwagon with an article explaining how men can suggest labiaplasty to their spouses.

There is extensive literature detailing various ways in which media exposure influence body image, but little work has been done specifically to investigate media effects on conceptions of female genitalia. In 2013, one experiment out of Australia’s University of Queensland School of Psychology suggested that images of altered vaginas could indeed influence women's beliefs about what's normal.

If labiaplasty is being spurred by exposure to an unrealistic ideal, how does one counteract it?

One effort is being headed by photographer Philip Werner, whose book and art project, 101 Vagina, seeks to break down “the taboo around vaginas and body image shame generally.”

For the moment, opportunities for women to be exposed to realistic examples of other vaginas remain few and far between. On this point, the promoters of labiaplasty have the advantage.