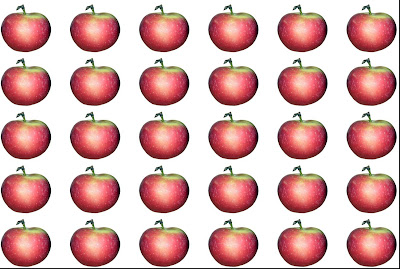 Cloned fruit is widely sold in grocery stores.  Some of it is even cloned mutant fruit.  None of these fruits are labeled as such.  They aren't even regulated. You can't avoid this kind of fruit by going to Whole Foods or Trader Joe's.  Should you be concerned?

Actually,  almost all fruit is cloned for good reasons that I will describe below.  I like to use this question as a way to show people how emotive language can be used to make something ordinary sound scary.  That is why a healthy dose of skepticism is needed as we encounter so many alarmist allegations about our food supply.  The danger is getting drawn into a conspiracy-theory mindset which leaves people unable to listen to reasoned explanation.

The Advance of the Clones

Yes, virtually all fruit is technically "cloned" because it is not grown from seed.  Cloning means the genetics of the offspring are identical to the parent.  For fruit, this has been the means of propagation for centuries. 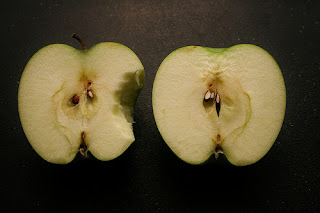 If you plant the seeds from say, an apple variety that you particularly enjoy - several years later you will be disappointed to find that the fruit is not at all like the one you originally ate.  It will probably be more like a crab apple.  People long ago discovered that desirable specimens must be propagated by rooting, grafting, or budding onto some other root stock, and all of those are means of cloning.  And yes, some fruit varieties were developed using mutation breeding. The Ruby Red Grapefruit is an example I enjoy on a regular basis.  Nectarines are a spontaneous mutant of a peach which lacked the fuzz.

But What About Johnny Apple Seed?

As children we all heard the mythologized story of Johnny Apple Seed who supposedly planted apple trees across the US for the benefit of little children.  As Michael Pollan so nicely explains in his book "The Botany of Desire," Johnny was just opportunistically starting apple tree nurseries at the front of Western settlement because of a provision in the Homestead Act which required each land recipient to cultivate 40 apple trees.  Johnny was there sell them what they needed.  The actual goal was to insure that the settlers would be able to make their own alcohol supply in the form of hard cider (how's that for a "nanny state!"). For cider, it didn't much matter what sort of fruit was produced, so the variable seedling trees were acceptable.  If the settler wanted a good eating apple they could graft a branch of it onto Johnny's seedlings.  Today, the rootstocks for most fruit trees are selected for specific dwarfing and/or pest resistance traits and also clonally propagated.

Cloning sounds creepy to us because it isn't something that happens naturally in mammals.  Among animals like insects, worms and some amphibians there is a fair amount of non-sexual reproduction we typically call parthenogenesis - but it is a form of cloning because the offspring are genetically identical to the parent.  Plants use clonal reproduction widely.  Bananas generate "sons" that bud off at the base of an existing trunk.  Grapevine canes on the ground or which get buried will sprout roots and generate a new, independent plant.  Whole groves of aspen trees can be clones that arise from the root system.

There is desert shrub called Guayule, which is being developed as a new, sustainable source of natural rubber.  It produces seed both through regular sexual reproduction and also through a process called apomixis.  The seed looks normal, but it is genetically identical to the mother plant (thus technically a clone).  Plant breeders would like to find a way to generate apomictic seed of major crops to avoid either expensive hybrid seed production or to avoid the extensive back-crossing needed to develop a line that will "breed true."

While cloning provides us with high quality fruit, it limits the germplasm in use for some crops. There may be plenty of genetic diversity where a crop originated, but breeding diversity into elite lines is a very slow process for perennial plants.  It would be far more efficient to move selected genes, such as those for disease resistance. Genes for disease resistance were moved from wild potatoes into commercial potatoes by a famous European public institution using genetic engineering.

This trait could be extremely helpful for European farmers, but it has predictably been opposed by anti-GMO activists. Yet, strangely, no one seems to worry about the crops developed decades ago by very clumsy methods of mutation breeding involving the use of radiation or toxic chemicals.  Although the track record of such crop improvements has been positive, there is a far more reasonable basis for concern with that method than with genetic engineering.

So, what is the purpose of this botany lesson?  I guess I'm trying to make the point that not everything that can be made to sound scary about food is really scary. Think about that the next time you enjoy some cloned fruit!