A Remarkable New Technology That Will Diminish A Global Cancer Threat
By Steve Savage | April 26th 2018 10:56 AM | Print | E-mail 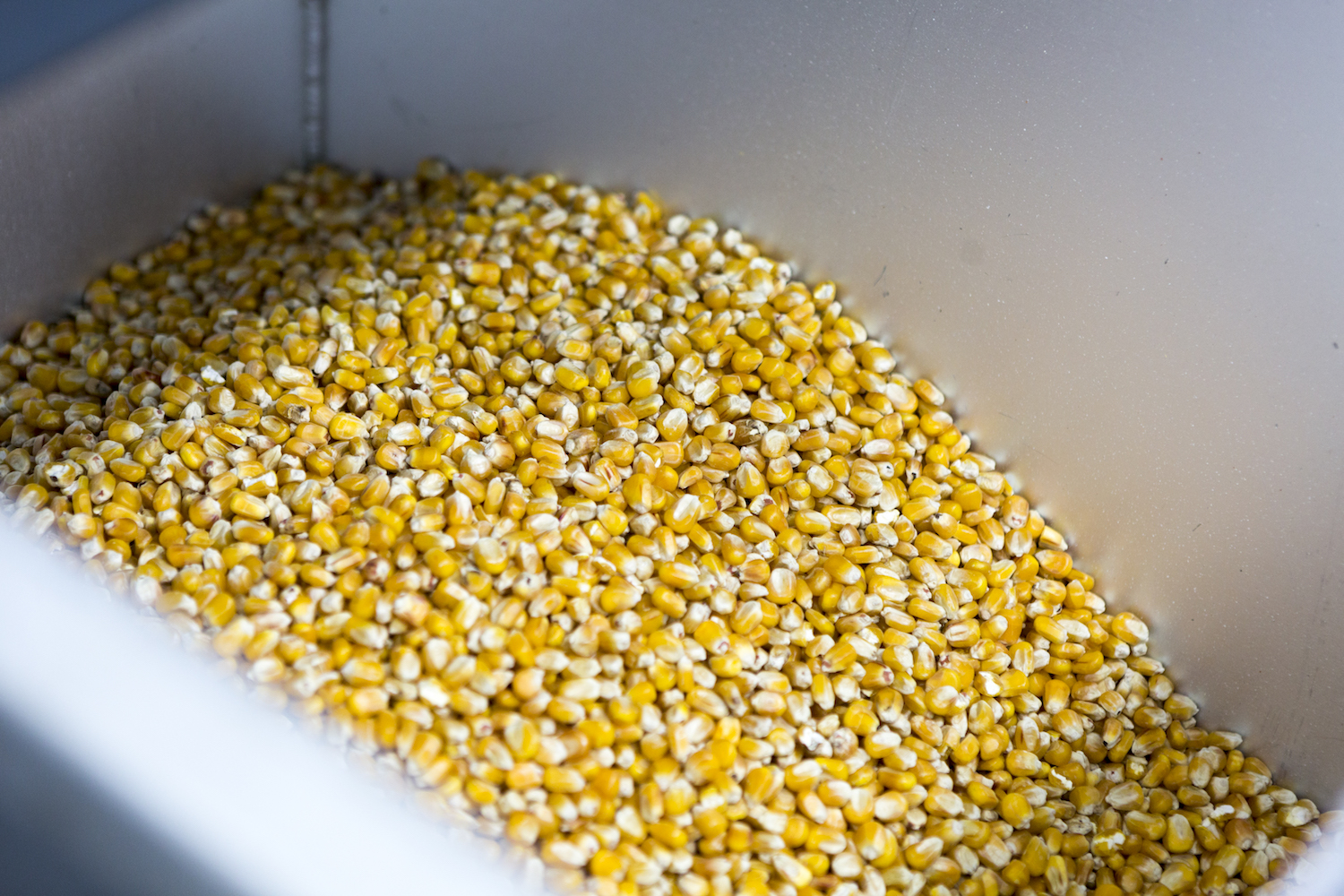 We in the rich societies of the world don’t hear a lot about aflatoxin. It is probably one of the single largest causes of cancer in the developing world – particularly in Africa. Around a half a billion people are at risk from this toxin in their diet. At high doses it can cause acute poisoning and death. It also causes cognitive stunting in children exposed to it. Aflatoxin is a natural chemical that is made by a fungus called Aspergillus that can infect crops like corn, peanuts and tree nuts particularly when there is damage by insects and/or stress from drought. People like Americans are well protected from this threat by farmers who exercise control measures for the insects and disease, by an advanced food system that monitors for the issue in the harvested crops, uses proper storage conditions, and excludes it from what is sold to us. For instance the EU standard for maize is that it must have less than five parts per billion of aflatoxin.  Unfortunately only 20% of the normal maize supply in Kenya meets that standard.

For high value crops like almonds and peanuts, there are not only concerted efforts to prevent this sort of contamination, there are also mechanisms to literally check each individual nut for the presence of the fungus and reject those that are suspect. That kind of detailed scrutiny has never been feasible for a lower value crop like corn (or Maize). But recently, a Swiss, family-owned grain handling equipment company called Bühler has cooperated with Microsoft to develop a system which can process corn at a rate of 15 metric tons per hour and reject any of the kernels that are contaminated with the nasty chemical aflatoxin. That is both amazing and very cool. 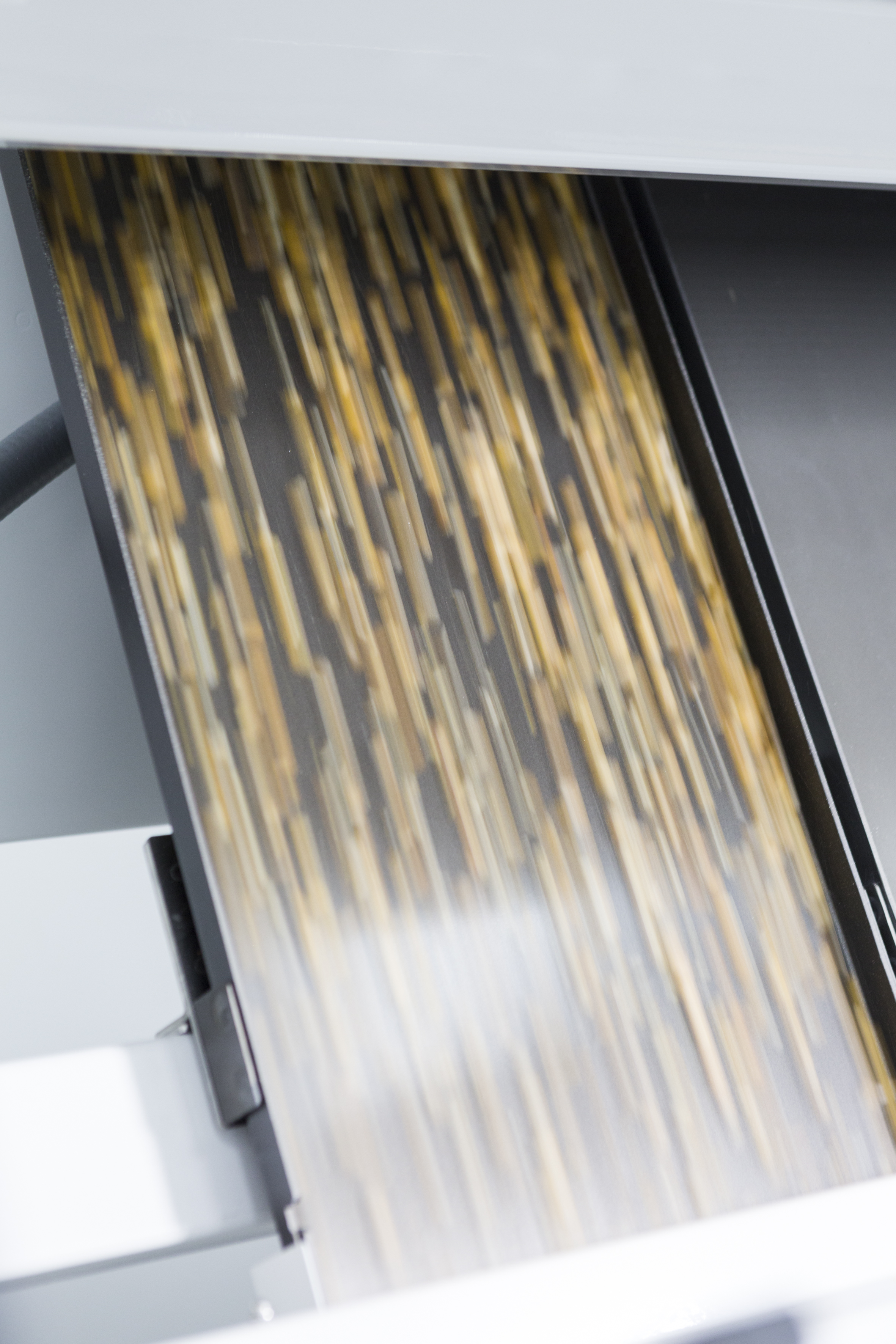 This remarkable system relies on very high speed imaging technology using LED lights to look for the florescence that suggests the presence of the fungus. It is applied to every single corn kernel even at that high rate of grain flow. The system uses Microsoft technology to pass all relevant data to the Azure cloud, where visualization of the data, tracking, and reporting are possible in real time. Bühler can also tap into Azure’s massive cloud infrastructure, available in 140 countries, to scale the solution globally.  A puff of air is used to knock the suspect grain out of the main flow and can achieve a 90% or better degree of contamination reduction with something like a 5% level of grain rejection.

This technology will have immediate applications in the feed grain industry in the developed world because instead of rejecting entire loads that have some contaminated grain, it will be possible to protect the animals that eat the grain while still using as much of the yield as possible – a food waste reduction success. Also, since aflatoxin can come through to milk, dairy product consumers will also get an even higher level of protection.

Moving this sort of technology into key areas like Africa will require some creative public/private partnership approaches particularly in areas where there are not really any sort of commercial grain handling systems at, say, a village level. The grain equipment company behind this, Bühler has been doing business in Africa for 100 years and runs a milling school in Nairobi, so they are positioned to find creative solutions to the implementation of this advance.

As revolutionary as this technology promises to be, it is a good thing that it isn’t the sole solution. One way to reduce the infection/contamination issue is to intentionally spread a strain of the culprit fungus that does not happen to make aflatoxin. It’s a biological control strategy that was first developed by USDA researchers and commercialized in the U.S., but which has since been re-developed in Africa. Insect resistant, “GMO” maize also significantly reduces the incidence of the problematic infections. There is also a “gene silencing” strategy proven by an Arizona State researchers that would prevent the fungus from making its toxin even if it was able to infect the plant.

There has also been a very creative, to design an enzyme that breaks down aflatoxin into harmless bits that was actually facilitated by an on-line, crowdsourced game effort led by a researcher at UC Davis with support from Mars, Inc. Such an enzyme might be able to turn the rejected, contaminated grain from this new sorting mechanism into more food/feed or feedstock for bio-based materials. The most robust and resilient anti-cancer strategy would be to combine all of these methods and finish off with the high speed sorting technology.

So there is new hope for the mental development status of African children and for a lower incidence of cancer there and elsewhere. I guess I just have to say that technology can achieve some really cool results and I hope that non-profits and governmental entities will join Bühler in extending this to the poorest and most vulnerable populations.

You can comment here and/or write me at savage.sd@gmail.com