As it turns out, there is a well-established relationship between pesticides, GMO crops, cancer and any number of other diseases, but it’s probably not the link that most people assume -- and certainly not what you read in the press these days.

For Europeans obsessed about “chemicals” and who willingly pay high premiums for “organic” foods, it may come as a shock to learn that the only real dangers in what they eat are 100% natural. One, in particular, is a lethal carcinogen.

It’s called aflatoxin. It’s one of a large family of toxic metabolites produced by molds (fungi) that infect food crops. Wet weather, insect damage and inadequate storage all enable the mold to contaminate plants and allow its deadly products to flourish.

Aflatoxins are frequently found in most staple crops, including corn, sorghum, wheat, rice; oilseeds such as soybeans, sunflower seeds and peanuts; spices such as chili peppers, black pepper, coriander, turmeric and ginger; and tree nuts. If cows eat infected feed, the toxins can end up in your milk. 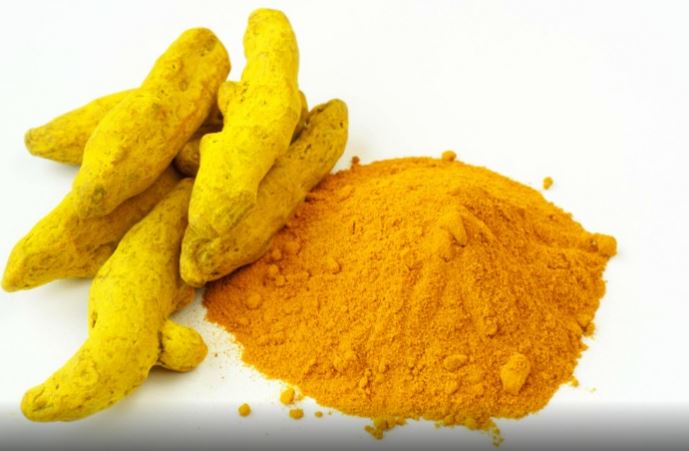 Turmeric is touted as a folk remedy, but without pesticides you can also get a large dose of natural toxins. Image: istock


Just how poisonous are aflatoxins? For Aflatoxin B1, the LD50 (the amount that kills half a population of test animals) is somewhere between 0.3 and 17.9 mg/kg, depending on the animal. That makes it about as toxic as Mercury Chloride, Hydrogen Cyanide and Chlorotoxin (the poison in a scorpion’s sting).

Carcinogens, mutagens and teratogens…oh my!

Even very low level Aflatoxin B1exposures can give you cancer, most often liver and gallbladder cancers. It’s a known mutagen (causing damage to your DNA) and teratogen (causing birth defects). It’s also an immunosuppressant that can leave you vulnerable to innumerable other diseases. Even if you avoid eating it, the toxin can permeate your skin.

Aflatoxins are just one of a large family of fungi-produced poisons, which are collectively known as mycotoxins. Globally, mycotoxins scare the hell out of food and health authorities. The UN’s Codex Alimentarius, or "Food Code," sets maximum aflatoxins levels at 0.5 to 15 parts per billion in grains, nuts and other foods. Countries in the developed world extensively monitor the food supply and maintain very tight controls on toxin levels. Internationally, most countries check for mycotoxin contamination of imported, high risk foods and destroy contaminated products immediately.

Pesticides and GMOs: the first line of defense

The first line of defense, however, is always in the field, and a key part of that defense is the use of the modern, synthetic pesticides Europeans love to hate, particularly fungicides that kill toxin producing molds and insecticides that prevent insect damage to the crops (damaged plants being more susceptible to molds). GMO crops engineered to express the natural Bt insecticides (deadly to insects, harmless to humans) also provide protection, typically reducing aflatoxin contamination by 50 to 90 percent, and often bringing levels below concentrations that pose any risk to humans.

For chemophobic anti-GMO Europeans, this presents a certain irony. The very pesticides and technologies they want banned are helping to save their lives while the “nature” they so idolize is trying to kill them. A recent study of mycotoxin contamination around the world described Europe as a “severe risk” region, with more than half of tested samples above risk threshold limits. DON (deoxynivalenol), some of the deadliest mycotoxins, were found in 65% of samples, with the average level detected, 555 parts per billion, well over 250% above risk thresholds.

Europe has the wealth and technical ability to closely monitor its food supply and that keeps it relatively safe -- at least for now. But Africa and the less developed nations of Asia have no such ability, which is why is why the situation there is not so much ironic as tragic.

More than 5 billion sub-Saharan Africans and South Asians, according to a 2017 study, are exposed to uncontrolled levels of aflatoxins. That’s nearly 2 billion people consuming aflatoxins at levels far above European standards. This hits low‐income countries lacking the resources to monitor and control high aflatoxin levels in food and animal feeds especially hard.

Across Africa more people are exposed to potentially deadly aflatoxin contamination than to common deadly diseases like malaria and tuberculosis. Hundreds of direct deaths in countries including Kenya and Tanzania are the result. Indeed, just last summer, Tanzania experienced eight new direct deaths from contaminated maize.

But the deadly and often lingering diseases fueled by aflatoxins cause an even higher death toll. The FAO reports, for example, a high correlation between mycotoxin exposure and liver cancer in countries including Kenya, Mozambique and Swaziland. With more than 26,000 sub-Saharan Africans dying annually of liver cancer often associated with aflatoxin exposure, this represents an enormous human toll for already over-taxed and under-supported African health care systems.

Of course, mycotoxins are also a major threat to farm economies and African food security. According to The Partnership for Aflatoxin Control in Africa (PACA), crop losses from aflatoxin contamination alone exceed $670 million annually.

When you add the mycotoxin threat to the growing crop destruction across Africa caused by the invasive Fall Army Worm (first detected in Nigeria in 2016 and now spreading in almost every sub-Saharan African nation) that exposes over 300 million people to starvation, and the near biblical plague of locusts that descended on Africa this last winter, you get a good picture of the real costs of the organic, back-to-nature life-style.

In the Western Hemisphere, the Fall Army Worm is largely controlled by a combination of pesticides and GMO Bt crops. While constantly complaining about this, the EU depends on pesticide-protected, GMO crops from the US, Canada, Argentina and Brazil to feed the livestock that feeds its First World appetite for fine dining.

All the while [as I pointed out in an earlier article] EU bureaucrats and their like-minded allies in international development organizations are pressuring African governments to forgo the only proven defenses against these natural scourges -- GMOs and pesticides.

Africa’s neo-colonialist EU masters, in short, appear intent on keeping African agriculture in a primitive “state of nature” -- i.e. unable to feed its own people -- so Europeans can stock their bursting markets with “organic” produce which they fool themselves into believing doesn’t contain chemical pesticides (anyone paying attention knows that it does - lots of them).

And thus does European irony become an African tragedy.

James was born in Kenya and is currently a communications consultant based in Seattle, Washington, USA. He has a Master of Arts in Communication...