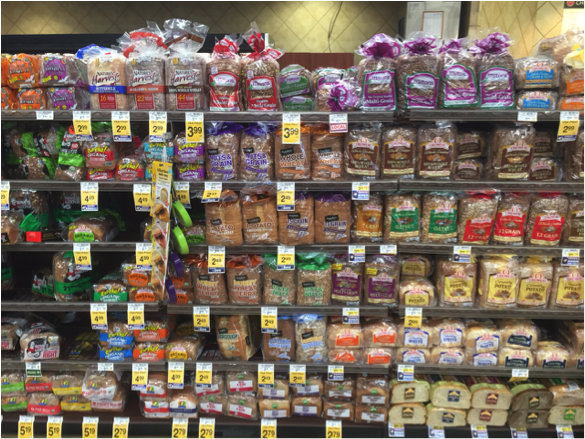 Do you buy bagged bread in the grocery store?  There are usually several options including bread made with whole grains or containing several different kinds of grain.

You have probably noticed that such breads stay nice and soft for quite a while.  Some people are even suspicious about that imagining that the bread might be “loaded with preservatives.”

If you buy the freshly “baked in thes tore” options like baguettes, or get those at a bakery, they are really tasty,but they rather quickly become stale. They become candidates for making French Toast or maybe croûtons.

That kind of short-lived bread is a major source of food waste and some have even found creative ways to collect stale bread from bakeries and turnit into beer. 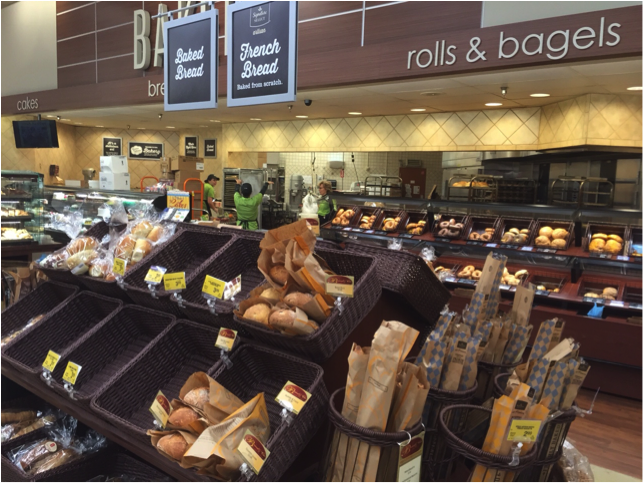 The bagged bread on the other hand can remain good and usable for a week or more.  If you don’t get through using the loaf for a long time it might get moldy, but in general each loaf can keep a family fed with morning toast or lunch sandwiches for quite a while. That didn’t used to be the case.  Back in the 1960s the bread aisle was restocked almost everyday and you could buy “Day Old Bread” at a discount - but it wasn’t very good.

So what changed? Its an interesting story that involves crystals and enzymes.  We think of stale bread as being “dried out,” but that isn’t the real issue. Staling occurs when the starch changes toa crystalline form in the finished bread. The solution to the food waste problem of stale bread is a type of enzyme called “amylase” that can modify the bread’s starches during baking and keep that crystalline structure from forming after the bread is baked. To unpack that, I’ll go into some background on enzymes and on starch.

OK, flash back to high school biology class.  Do you remember learning about enzymes?  Those are proteins and if you do the 23andme analysis of your DNA, a good deal of it codes for the enzymes that make your body function. These very cool proteins “catalyze” chemical reactions, serving functions like digesting our food, or turning it into the energy that keeps usgoing.  There are also enzymes in our liver that protect of from certain toxins.

Bread is made from mostly wheat grains that contain starch.  Starch is a really big molecule that is a long and branched chain built from many units of the simple sugar glucose linked together. The reason that a wheat plant makes starch is so the germinating seed can use it as a source of energy to start growing a new wheat plant.  About 10,000 years ago, we humans started growing wheat as a crop and it has been a major source of our food since then.  We get both energy and protein from eating wheat.

When we eat bread, there is an enzyme in our saliva called amylase that starts breaking the starch into simple sugars and the process continues in our digestive system. There is a similar enzyme in the wheat itself because that seed needs to be able to tap into the energy stored in the kernel when it starts to grow.  The yeast we add to make bread also has various enzymes including amylase and there are even more enzymes from various organisms in something like sourdough bread.  Bread “rises” because the wheat and yeast amylase enzymes make some of the starch into simple sugars that the yeast then ferments to grow.

In the process the yeast makes carbon dioxide gas that makes bubbles in the dough that make the bread rise.  So in the enjoyment of bread there are already three different kinds of amylase enzymes involved- from the wheat, from the yeast and later from ourselves.

But after the bread is baked, thestarch that is still mostly undigested can “re-crystalize” into forms that make the bread taste “stale” to us. We think of it as “dry” but that isn’t really the issue. It’s a texture thing based on those starch crystals. What the baking industry discovered in 1990 is that they could add a different kind of amylase enzyme to the dough that would control the starch in baked bread and slow down the formation of the crystalline structure that makes the bread taste/feel stale.

So if you look at the ingredient list of the bread in the store, it could list “enzymes.”  The one that keeps the starch from crystallizing is an amylase. Not only does that reduce the amount of bread waste generated by stores and in customer’s homes, it also has dramatically reduced the number of trips that bread trucks need to make from the bakeries to the stores, thereby reducing the amount of CO2 released into the atmosphere 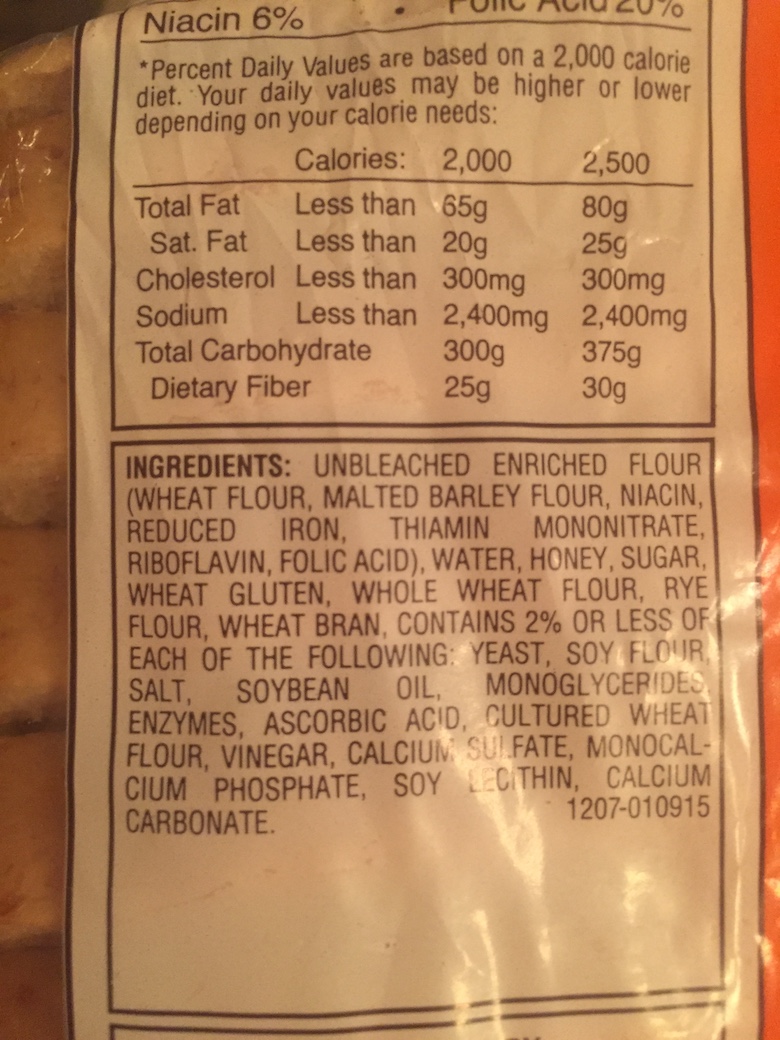 When we eat the bread, that tiny amount of enzyme is just a protein that our own digestive enzymes easily break down into the amino acidsthat we need as a part of our diet.

So the next time that you pull a loaf of supermarket bread out of your breadbox and find it still soft and tasty, you can appreciate thisrobust, enzyme solution to the food waste issue of stale bread!

Note: I am writing this article as part of a partnership with the enzyme producing company, Novozymes. This gives me the time to delve into the technical details about specific enzymes and then try to explain those in ways that make sense to as many readers as possible. Science 2.0 receives no funding or any compensation from any company.