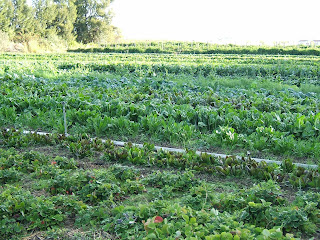 Researchers affiliated with the Institute of Organic Agriculture in Switzerland and the Institute of Agricultural Sciences in Germany published a meta-study in which they conclude that organic farming methods lead to higher rates of carbon sequestration in soils.  This work was well done and published in a well respected journal, PNAS.  Unfortunately the ramifications of the paper are being badly misinterpreted by environmental and food bloggers who are organic advocates.  The scientific authors make no claim that their analysis is a full, net carbon footprint measurement, but it is being interpreted that way by others.  Building up soil carbon is a very good thing to do, and organic methods were the state-of-the-art method for doing that from around the 1920s to the 1960s.  However there are newer and better ways to improve soil quality on farms, and they don't have the huge carbon footprint problem that is common in organic - emissions of the potent greenhouse gases methane and nitrous oxide which have 21 and 295 times as much greenhouse gas effect as carbon dioxide respectively. 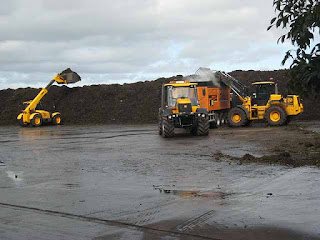 All forms of farming including organic can lead to soil emissions of these gases, particularly the nitrous oxide.  Those are best managed by the new farming methods I mentioned above.  The issue that is problematic for organic are emissions of those gases associated with composting.  To borrow a line from Al Gore - this is "an inconvenient truth" about organic.  This inconvenient truth is that any significant adoption of the compost-use feature of organic farming would be an environmental disaster.

I have written about this a few times before, but because of the misinterpretation of this study I want to reiterate that this is a clear-cut issue where organic is problematic. The common failure to recognize this very important issue leads to misguided policies and people believing that they are doing something very "green" when in fact the opposite is true.

I have done quite a bit of carbon footprint analysis regarding agriculture over the years as part of my paying job as a consultant.  That has given me the opportunity to read extensively from the scientific literature on this topic and on life cycle assessments (LCAs) in general.  From that work I came across a body of literature concerning greenhouse gas emissions during composting (I'll put a list of papers at the end of the post).  The goal of composting is to keep things aerobic (with oxygen), but inevitably, even in the best managed composts there are micro-sites that are anaerobic (no oxygen) and under those conditions some microbes generate methane or nitrous oxide.  The numbers are not small.  In one typical study of this type the carbon footprint of the finished compost ranged from 1,769 to 2,167 pounds of CO2 equivalents per ton.  Since compost is applied at rates such as 4 to 10 tons per acre, that means 7-22,000 lbs of CO2 equivalents for each organic acre.  The middle of that range is like driving a 25 mpg car 13,982 miles or fertilizing 12.9 acres of corn at 200 lbs of synthetic nitrogen/acre.  It would be equivalent to growing, handling and transporting 9,641 lbs of bananas from Costa Rica to Germany.  This is a major reason that it is a good thing that organic remains such a small part of agriculture.

The false assertion that organic is better from a climate change perspective keeps coming up over and over again.  In this case it was through misinterpretation of a good paper.  The more problematic examples have been claims from generally credible organic groups - the US's Rodale Institute and the UK's Soil Association.  Each organization has published white papers claiming that organic is a solution to climate change.  In both analyses, the authors completely ignore the issue of greenhouse gas emissions from composting as well as other parts of organic farming (e.g. there are even more emissions once the compost or manure is incorporated in the field).  I've corresponded with the authors in both cases and they have not been able to dispute my points.

Why Does This Matter?

So, what sort of policy and thinking problems arise from the promotion of this false impression about organic?  One example would be the US government spending money to encourage more farmers to adopt organic practices.  Another would be the many consumers who spend more believing that they are doing the green thing by buying organic (There are also several other reasons that is not true).  Another would be other consumers who unnecessarily feel guilty because the don't want to spend so much.

I think the most absurd example is San Francisco's much touted food waste recycling program .  Sending food waste to a landfill is definitely bad, but the best solution is for people to grind it up in their disposal, send it into the sewage system, and for the treatment plant to convert it to renewable, carbon-neutral energy using an anaerobic digester (most advanced sewage treatment districts do this now).  But perhaps the San Francisco sewage system can't handle that volume.  In any case, what they do is to drive heavy trucks up and down the famously steep hills of the city collecting the scraps.  Then they drive the heavy loads 50 miles to a composting facility in Vacaville.  There they generate the trace gases in the process I've described above.  Then they load the heavy compost back into trucks and haul it 50 to 100 miles to organic vineyards who then claim to be doing something sustainable.  That is pretty absurd.

•Hellebrand, H.1998. Emission of nitrous oxide and other trace gases during composting of grass and green waste. Agric. Engng Res. 69:365-375