Teenager Raped To Death And Doughnuts In The Surgery Room
By Alison Van Eenennaam | December 22nd 2016 09:56 AM | Print | E-mail 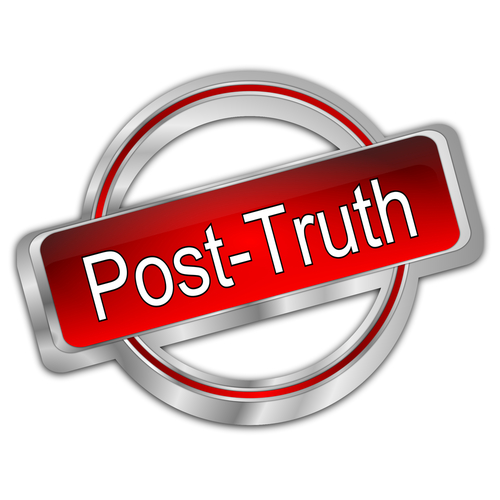 If I wanted to create a fake news story – I would lead with a sensational headline. Something that would incense and shock the readers and be extra “clickbaity”. Perhaps a hook about a teenager getting raped to death. That should get some serious traffic.

That seemed to be the approach taken by New York Time’s journalist Michael Moss back in in January 2015 when he wrote “Research Lab Lets Livestock Suffer in Quest for Profit” skewering the US Meat Animal Research Center (US MARC).

Moss began investigating the USDA-research facility after being contacted by Dr. James Keen, a disgruntled ex-employee who is prohibited from setting foot in the center. In the article Keen is quoted as saying that in 1989, “There was a young cow, a teenager, with as many as six bulls,”…”the bulls were being studied for their sexual libido, and normally you would do that by putting a single bull in with a cow for 15 minutes. But these bulls has been in there for hours mounting her”…”Her back legs were broken. Her body was torn up.” According to the article a few hours later the (teenager) cow died.

That is a gut-wrenching image! I have never heard a heifer referred to as a teenager, but that one compelling anecdote was enough for me. If true, this was egregious and unacceptable animal cruelty. However, the scenario did not ring true. I know the protocol for libido testing bulls, and it never involves multiple animals. There would be no reason to EVER put six bulls in with a single heifer for 5 minutes, let alone for hours.

There were numerous other horrific claims in the article. Moss quoted another source, Robert A. Downey, the executive director of the Capital Humane Society, in Lincoln, NE as saying “Experimental surgery is being performed in some (not all) cases by untrained, unskilled and unsupervised staff. This has resulted in the suffering of animals and in some cases the subsequent death of all animals.” During a visit, he said, he saw animals headed to surgery that fell from carts or were pushed to the floor by their handlers, while two other workers in the operating room ate doughnuts.

Again that infuriated me – as an animal scientist I know the very strict animal care protocols we have to comply with to undertake any animal research at UC Davis, even routine herd management is strictly monitored. However, again the scenario did not ring true given what I know of the character of the researchers at US MARC, not to mention the senselessness and research futility of doing a surgery if all the animals subsequently died. That does not pass the common sense smell test. And surgeries do not mix with doughnuts. For obvious reasons.

As I wrote in 2015 “As an animal geneticist, I have worked with the researchers in the Genetics, Breeding and Animal Health research unit at MARC, and personally visited the center on several occasions over the past decade. The story published by The New York Times does not reflect my knowledge of the current research that is being conducted at the center. Nor does it in any way align with my observations as it relates to the handling and treatment of animals at the center.”

Even back then I challenged Micheal Moss’ statement that “the center has one overarching mission: helping producers of beef, pork and lamb turn a higher profit” It is unclear where that demonstrably incorrect statement originated. Moss’ personal opinion perhaps. MARC’s publicly-available mission statement is to develop “scientific information and new technology to solve high priority problems for the U.S. beef, sheep, and swine industries.” Even the article itself then goes on to state that since MARC was founded 50 years ago, it “has fought the spread of disease, fostered food safety, and helped American ranchers compete in a global marketplace.”

However it was the allegations of the death raping of the teenage cow and experimental surgery being undertaken by untrained, unskilled and unsupervised staff that really stuck in my mind. I was therefore glad when the USDA Office of the Inspector General (OIG) announced it was going to investigate and audit the allegations made in the New York Times article. Specifically they stated they were going to investigate “33 statements from the article to evaluate and attempt to determine their veracity”.

I watched with interest as the interim report came out in 2015 to see which 33 statements were going to be investigated, and was satisfied to see that the two most egregious statements about the teenage cow (Statement 14), and that untrained staff performing experimental surgery (Statement 15) were going to be thoroughly investigated. At the time the interim report was released in September 2015, it stated with specific reference to these two statements, “We have no observations on this statement at the current time.”

So imagine my surprise when the OIG final report was released Friday December 16, 2016 and I was none the wiser. The OIG report stated that of the 33 statements made by the New York Times, “we determined that only 7 were materially accurate — 26 were inaccurate, lacked sufficient context or were uncorroborated”. New York Times that is a 21% material accuracy rate – also known as an F in my classes. The OIG report further clarified that “Overall, we did not note evidence indicating a systemic problem with animal welfare at US MARC”

Wait - death raping of a teenage cow and experimental surgery being undertaken by unskilled staff – is that not the definition of an animal welfare problem? So I looked to see what the report specifically said about Statement 14 and 15. It said nothing. Because the entire text was redacted. Both the statements and the findings – blacked out. Even the statement text that was in the interim report was inexplicably redacted.

So of the 26 statements in the New York Times article that were determined to be “inaccurate, lacked sufficient context or were uncorroborated” which was which? How many were inaccurate? There is a HUGE difference between inaccurate (i.e. fake news), and lacking sufficient context. And hopefully any journalist worth their salt would corroborate statements from a disgruntled employee and an executive director of a Humane Society in an article about animal welfare at an animal research facility with at least one independent source. Isn’t that how journalism works? Only two of the statements were listed as inaccurate in the OIG report, but the OIG conclusions on several others was bizarrely redacted. So your guess is as good as mine.

In its 12/20/2016 article about the report “U.S. Animal Research Center Needs More Oversight, Audit Says”, the New York Times explained that “The Times did not answer questions from the auditors, telling the inspector general’s office that the article spoke for itself.” Actually it didn’t, that is why there was an OIG investigation and audit which found only about one in five statements were correct. Nary a mention of that failing grade in material accuracy.

And in perhaps the ultimate piece of irony, the OIG report concluded that US MARC “could make its research more transparent to the public”. I might say the same to the OIG in its report! What are the privacy concerns that required the redaction of a simple conclusion of either materially accurate, inaccurate, lacked sufficient context or uncorroborated? Those sensational allegations and emotive images are out there now – right or wrong – unchallenged.

At the end of the day we will never know if the bull libido test heifer incident ever happened, or if untrained, staff performed experimental surgeries. All we have is OIG report conclusion that they “did not note evidence indicating a systemic problem with animal welfare at US MARC.” The OIG investigators said the Pulitzer Prize-winning reporter Michael Moss did not agree to be interviewed for their audit of the veracity of his article’s statements.

Rather than being shamed by his failing grade, in a recent email Moss doubled down his assertion that US MARC pushes the biology of livestock for profit, a statement that was graded plain “incorrect” in the OIG report. Repeating something does not make it true. Once again the facts are that US MARC develops “scientific information and new technology to solve high priority problems for the U.S. beef, sheep, and swine industries.”

But as has been evidenced repeatedly in recent months perception soon becomes reality and the truth gets left in the dust. And policy based on perception ensues which seems to have been the article’s original objective. Facts be damned.

Alison Van Eenennaam is an animal geneticist and Cooperative Extension specialist in the Department of Animal Science at the University of California, Davis.