Why do people congratulate somebody? Asperger’s sufferers often do not understand this. I asked myself:

“I’ve won the lottery, so why additionally congratulate me? If congratulation is something positive, why give it to someone who has just been lucky already?”

Hence, we feel awkward and perhaps even annoyed and disturbed by being congratulated, because it is a social interaction that we feel uncomfortable with and that feels like an ‘unfair distribution of niceties’. Congratulations are especially stressful because they usually occur close together in time, like on birthdays for example, a day that many of us dislike partially for that reason.

After many years, something helped me to understand what congratulations really are. As an active established academic, I am not at liberty to disclose what that something was, since we do not live in a free society, but I should however stress that it was crucially my own rational analysis that revealed it to me; no therapist or friend told me, no teacher or parent. I will now tell you more about how rationality often fails to make up for the “lack” of a more natural, unquestioning adoption of social norms and various “deficits” in affective or cognitive empathy that may or may not be the true problematic of Asperger’s syndrome.

It is not true that a congratulation is simply an expression of respect, or a confirmation about that the one who congratulates me on my achievement or accomplishment has noticed my success, which is a socially important proof for how intelligent or hard working I may be, how valuable. That is only part of it, but exchange of status information cannot be the essence of congratulating behavior, because as such it would often be indeed embarrassingly silly:

“Why would a colleague congratulate me on my promotion when the new title is right there on the office door?”

Notice that this interpretation in terms of a ‘confirmation of status-change’ is a second way of approaching this particular social interaction rationally, and it is much better, more sophisticated than the ‘unfair distribution of niceties’ above. Indeed, it is perhaps already beyond the grasp of surprisingly many people. Nevertheless, although this description points to an evolutionary source of the behavior, the hypothesis easily fails to go on and grasp any “deeper feeling” that might be correlated with a sincere congratulation. That is an intellectual failure because feelings can be described as evolved, too. The social is not trivial.

What is still absent here is something that we on the autistic scale have a problem with: Love. Yes, I mean the strong word “love”, as I mean precisely that irrational, hard to justify feeling that makes sincere love to be love and thus difficult for the rational, rationalizing, justifying mind. A sincere congratulation is an expression of love, a gesture that is supposed to tell me that the person is “happy for me” and does not envy my good fortune; that the congratulating coworker for example is still on my side. Perhaps he thinks that he deserved that promotion more than me. However, he cares about me as a person that he knows and enjoys working with, desires to reaffirm this protective bond without doing so driven by mere calculation, and this love, although it is not as strongly coupled such as the love of a mother to her child, is still stronger than the fact of his being upset with the situation. This is what the sincere congratulation really means, because without this aspect, it is in too many situations quite inexplicable, especially with congratulations on mere luck that cannot count as an achievement. Missing the sincerity, they feel insincere.

Without that love of friendship, congratulations are insincere, a mere acting out of good manners, but I here emphasize the sincere congratulation, because that is what I want to render acceptable to the Asperger’s mind. How much congratulating is hypocritical or insincere? This is hard to quantify and measure. However, many people with Asperger’s syndrome may think that almost all or even all of it is. Again, this is an opinion, a feeling, because there is no agreed upon measure for sincerity. This negative feeling is another reason why they do not like these social dances. Many despise insincere behavior, because such is yet more difficult to understand than honest gestures, and perhaps because insincerity hurts especially Asperger’s people more often.

Asperger’s moralist dislike for insincerity does not imply that we are incapable of being insincere. On the autism spectrum, one often seems more sincere or frank, even blunt and insensitive, because one may not apply insincerity where society demands that insincerity be applied, such as when answering “Do I look old honey?” or congratulating the superior. Whether that makes Asperger’s more sincere is questionable, and quantifying such should include any insincerity that they apply elsewhere. Those instances may simply be missed by the observer, especially with the high functioning, intelligent cases.

I am focusing on the sincere congratulations, partially in order to emphasize that I feel that such do exist. I have perhaps underestimated the importance or predominance of sincere congratulations, perhaps even due to a dismissal of sincerity as a reaction to having failed to perform this function sincerely myself, a face-keeping rationalization if you will. The reader may well be able to notice strongly now how my own thinking is symptomatic for that label “Asperger’s”: In absence of a reliable quantitative measure, a clear mutually agreed upon definition of “sincerity”, an assessment is not made confidently. This can be described as a failure and suffering a shortcoming, namely that of successfully reaching for a socially endorsed norm and going on with life. In my case, I choose questioning and postmodern paralysis, while a campus shooter succumbed to revenge for what he feels is insincerity all around, disregarding and finding excuses for his own insincerity.

“You congratulate me, but this is no achievement, and you treating it as one, especially if perhaps feeling obliged to congratulate me because you feel that I mistakenly think it is my own accomplishment, that means you think I am naïve. But I am not one of those who pride themselves for windfalls, who inherited riches yet look down upon the poor, or despise the slow of mind as if anybody earned their own IQ!”

And here you see again that the Asperger’s sufferer, who often is called blunt and without feeling, is actually sensitive, hypersensitive! He may be asocial in certain ways, but often not in the sense of being unconcerned with the social. Often, he is obsessed with the social, that source of his most terrible pains.

As said, because it is to do with love, namely a person expressing that she “is happy for me”, the issue is difficult to understand. I did not understand what “happy for me” could possibly mean:

“How can somebody be happy for me at all, how can anything feel ‘for me’? My feeling is mine, his is his – I can never feel his, except in the sense of affective empathy. Empathy is feeling ‘with me’, not ‘for me’. And why would he be happy about my promotion ‘for me’ if not for himself?!”

So what does it mean that he is happy for me? It is misleading language but most likely has the following positive interpretation: It means that the person signals that he wishes me well rather than bad, and quite generally wants to express thus that he is a friend on my side. He expresses that he is happy ‘for my happiness’, because I am, because that makes him happy – and this precisely is ‘love’ in its apparent uselessness, in all its threatening irrationality, in all its uncontrollability whether outside or inside of me. Because if sincere, there is no intention necessary about that your congratulating behavior strengthens a useful social bond, us. And so, I can congratulate my colleague on his retirement, although his retirement even means that he no longer collaborates with us.

You congratulate me now after my lucky win, this may mean partially that there is no envy in you, because envy quickly turns into wishing something bad should happen to me, in order to compensate for your relative loss or to punish me. This would be the opposite of love, as ‘love’ implies that one wishes well for the loved, and basically for no good reason, for no other immediate gain but the reward that loving itself can give in terms of feeling good – that is why I use the word “love” here, because that is what love is for, that is its evolved function also in case of strong motherly love. But moreover, now after my lucky win, this timing is simply a good opportunity to show love. After all, and an Asperger’s sufferer can feel empathy with this aspect for sure, it is always and for almost everybody a somewhat embarrassing social interaction to congratulate, even although there is an opportunity as an excuse. You should neither smile too little nor too much, else it may come across as insincere, and so on. Surely one cannot blame anybody for feeling completely out of place by simply going up to a coworker at some random time and saying:

“Hey, I just wanted to tell you that I am on your side and got your back, you know, I think we have a positive relation going here buddy.”

That indeed would be precisely something that an autistic caricature like Sheldon of “The Big Bang Theory” would come up with, in order to settle the timing of such expressions of love. I could well imagine Sheldon dropping a line like:

“And by the way, I told you before that my scheduling calls for this friendship confirmation session every first of the month, so you should not have taken your day off yesterday!” 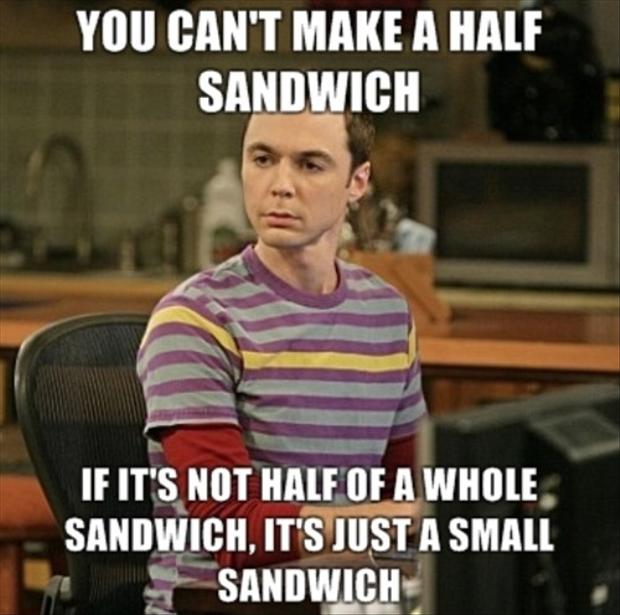 I conclude that especially the ‘upon-mere-luck congratulation’ offers an excuse and has thus become the opportunity to effectively do a “friendship confirmation”. It possibly evolved from a mere exchange of status information about merited achievement, because it is usually anyways fuzzy how much achievement there was actually involved and how much sheer luck or even cheating participated.

Extroverts have few problems with any of this, because they simply behave in these situations and feel ok doing so. There is less difficulty experienced with expressing love and interpreting expressions of love through the behavior of others. Persons on the high functioning, weakly autistic spectrum, such as those being labeled with Asperger’s, have difficulty precisely with the correct expression and interpretation of what is expressed by others. It is very wrong to say that they do not love. In my estimation, they love their coworkers more than the coworkers ever love them back, because they often do have a place in their heart for their coworkers for example, which often are the few people they interact with, but the coworkers also misinterpret and think that the Asperger’s sufferer knows no love, and so it is the people around us who indeed give less and less love back in return.

And so we are indeed the loveless, but in the sense of that we are the unloved lovers.