What kind of funeral should one as a semi rational person insist on? My immediate reflexive answer is “don’t give a something, stuff me in the thrash chute if you must”. However, a burial or cremation is not about the deceased but about those left behind. I thought something up, but before writing a post, one better searches the internet - surely somebody has covered this already much better.

What I found searching for “Atheist Funeral” and similar however was a bunch of crap, like replacing religious themes with 'spiritual' ones. Toss the bible out to roll the crystal ball in – great. Cameroon, West Africa. A chimp died of heart failure in her late 40s. The Chimpanzees console one another. Your funeral isn’t about you.

The funeral parlors are threatened with a rising number of godless cheapskates. Undertakers hold that an atheist funeral must net at least as much money as the usual rip-offs, otherwise the religious Joneses would win: How could baby eaters possibly lose out against the Christians being on place two or three in terms of expenses? No way dude! Let's rot in diamond crusted gold boxes. Go atheism!

Internet search is my confidence booster. Whenever I am lacking confidence, uncertain whether what I wrote is good enough to escape deletion, I hit ‘the internets’ and look at what is written on the issue. Usually, all my worries disappear, replaced with quite different ones about the state of the human mind.

The following is what I suggest as somebody who has basically only one person who would notice my absence – so, take away the message and adapt to your own situation. My dear loved one; here is how the removal of my bodily remains is going to go down:

Look at the most expensive Christian funeral that you would possibly be successfully pressured into if I were a grumpy old Torah thumping Moslem. Did I just mix something up? Well who gives, can’t be anything important.

Say that funeral or cremation or dissolving in holy acid plus ceremony and golden shrine add up to ten kilo bucks (read:expensive). This is how much my funeral will cost you! No chance of guilty feelings about having dishonored me via a cheap funeral. Now you get rid of my stinking remains the cheapest way possible: Donate me to research, pay a few bucks to have me dumped in a pit, pretend not to know me and let the cops deal with it, whatever. So, say this sets you back 400 bucks.

Now you put the 10 grand minus 400 bucks into a savings account or some such, maybe buy a piece of gold, too. Why? Because graves or urns are there not to contain my matter but for you to have some place, some object that relates to my spirit. Spirit? Yes, just as much as the true spirit of the wasteful religious is actually present, presented by that wasteful tomb, so my rational spirit will be in fact present with you, presented by an object you can touch to be touched by. 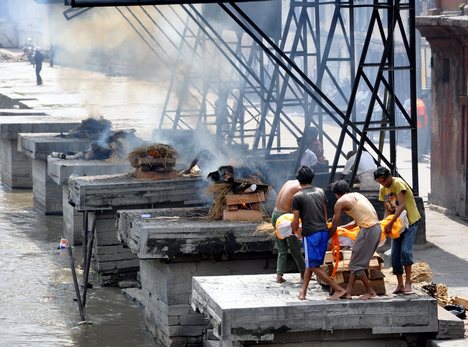 Without some object left, nothing left at all but some of my possessions maybe, transporting an eerie emptiness rather than my spirit, you may regret having thrown my body into the dumpster; you may get the feeling of having or having been abandoned. That’s how we humans are. But you can hold that account book, and the remains of my rational spirit are right there, what made me me comes back to you.

When you get sick and need that money to get the medicine, when disaster strikes and that piece of gold maybe saves your behind, my spirit will be there with you as a matter of fact rather than some obscure ‘spirituality’. I will be right by your side.