This from the BBC:

“Germany has been named as the most supportive country for overseas students, in an international league table.”

If you are a student looking for international experience, you should go to Germany. Why the hell go to the US and pay huge fees for worse education, mostly confined in the culturally impoverished, numbing atmosphere of US cities with one of the few exciting aspects being the fear of getting shot at? (I was shot at in LA!)

Well, the language of course! Guess what – the new reason for studying in Germany instead of the US or UK is: German lecturers speak better English!  ROFL 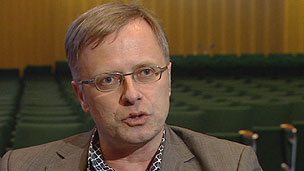 Herbert Grieshop says international English might be easier to understand than a Yorkshire or some weird American accent.


So what is the reason for not attending the Free University of Berlin for example? Well, once you leave your dorm and get drawn into the crazy scenes in Berlin, there remains little time left for coursework. If distraction is your problem, you should study at Cambridge. Cambridge university has bought up the whole of Cambridge making sure nothing exciting may distract the students.

Part of the ranking seems to have been how many Germans study abroad, and they do so in huge numbers. German history books were written by the Allies and so Germans suffer from guilt trips about being the worst nationalistic vermin in the universe. So the enthusiastic good little German kids try hard to make up for it. Many leave the ruins of the third Reich to learn from the better people out there, only to discover what racism actually looks like. It is a strange world.
Alpha Meme
More Articles All Articles
About