Alternative Title: The 1 CC = 50 FF or FFF Theorem or One Concealed Carry saves Fifty Feely Faggots in a parallel universe under Donaldo Trumpovich. 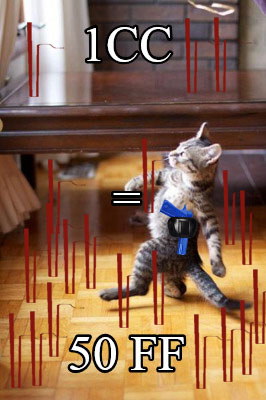 1) If “free will” is illusion, all we ever do is finding ourselves with our pasts. There is then no “real ethics,” because we cannot do anything about it whatsoever.

2) Therefore, in order to be meaningful as well as moral, ethics must(!) hope that “free will” is absolute after all. This hope may be grounded in the inexplicable absoluteness of how the redness of red feels. [The hope may sit on the Zen insight of absolutely given existence as such. Once any such absoluteness is allowed, it may demand others. For example, “flow of time” may be metaphysically necessary for experienced story, and thus causal dynamic time is anyway in this sense absolute in the to us accessible physical, which is provided to be existing (by metaphysical necessity under “I think, therefore I am”) in precisely as far as necessary, all as a strict implication of the “realm of logic” (the implied physical is thus implied to be and never insufficiently “real” on grounds of being “merely implied”).]

3) “Free will” would imply that “will” decreases the plenitude of all available futures. For example, if “everything is possible” and there is no “free will,” there may be civilizations that for some reasons annihilate all surrounding life in their region and local galaxies (or severely decrease procreation of competing races on their planet). If there is “free will” however, it means that many of such conceivable futures are instead impossible (never taken in any galaxy or universe), because they are decided against and guarded against in all possible histories. [The illusion of free will may already, via the “logical realm,” cut down what would otherwise conceivably be possible in a “free ranging quantum physics.” However, a true “free will” must cut down even further in order to be more than illusion. In other words: There is a compromise between the freedom of will and the freedom of the plenitude principle. One constrains the other. That there is conceivably a range of more or less freedom for one or the other underlies our distinction between merely illusive and “true freedom”.]

4) Ethical decisions like these cannot just lower a probability (or the number of histories in some considered ensemble of possible futures). Why? Because the restricted plenitude principle still delivers an infinite amount of copies in the quantum physical part (quantum logic), and so every of the still possible futures is at least once (otherwise, it would not be possible). Being once is all an experienced mind is anyway in the subjective perspective. The suffering is real in the timeless eternity of totality – regardless there is one or infinite repetitions inside our model or theory!

5) Therefore, ethical decisions are about completely annihilating all possibility of an unwanted future, rendering it impossible (probability = zero), and allowing at least a slight non-zero probability for any desired future.

6) For example, more than 106 years on Andromeda’s time line up to the present cosmological time after the big bang are outside of our determined past (the determined past relative to us is in our past light cone). Therefore, 106 years of Andromeda are relative to us still in a superposition of all possible states consistent with our determined past. That includes histories where by accident there are no civilizations in Andromeda. Perhaps some histories have civilizations developed very early, and maybe they found ways to destruct everything surrounding them, including our galaxy – the wave of destruction may come over us at any second, or, if it is as fast as light, it may destroy 90% of all futures every second for all we know and is conceivable. The implication is of course that our own decision to supply a diverse set of futures combines with all surrounding superpositions in all possible combinations, so we do not need to worry about killing any alive states.

Question: Given all of the above and assuming that the adopted doctrine is to ensure the diversity of totality (rather than, for example, minimal diversity of suffering, which may lead to ‘Global Suicide’ consistent with the ‘Fermi paradox’ [see "Rational Suicide and Global Suicide in the amor fati of Modal Totality" in: "Death and Anti-Death, Vol 11," 229-268, Ria University Press (2013)]). What is the morally correct ethical decision on suppressing competing civilizations?

Answer: Total war does not increase diversity of civilizations because certain mixture populations would be absent from totality. On the other hand, refusing supremacy may destroy all those histories! The correct maximum diversity decision is therefore to randomly decide. For example, one could let a photon pass through a polarizing beam splitter and destroy all competing civilizations in the medium cosmic environment if the photon arrives in the horizontally polarized output, otherwise just wait or even seek “enrichment” through contact with other civilizations.

What is wrong with the above? Everything 100 Ps correct except for one arbitrary input – the doctrine of diversity! There should be no such unjustifiable doctrine that leads to so much suffering – not if there is any free will against bio-sociological constraints such as those of humans being socially evolved, aggressive apes with predictable collective behavior. So let us set aside PC bollocks-pussy-flaps-theories (BPFT) of intellectuals defending their privileges. With a "reasonable" mindset instead, we look out for ourselves and avoid impending dangers, be they comets or sub-populations that for whatever reason, intended or unintended, bring suffering. This “doctrine” is not paradoxical and self-destroying like the previously assumed one. On the contrary, it is self-consistent and thus consistent with stability and harmonious social systems rather than instability for diversity’s sake: Without those capable of culture and compassion, morally correct decisions are taken less – some can perhaps never be taken. 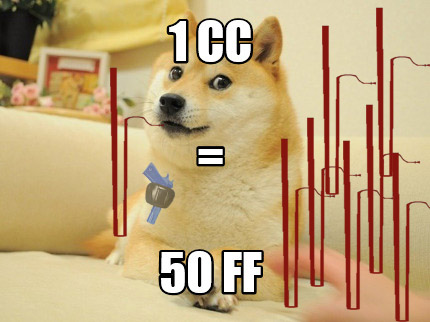