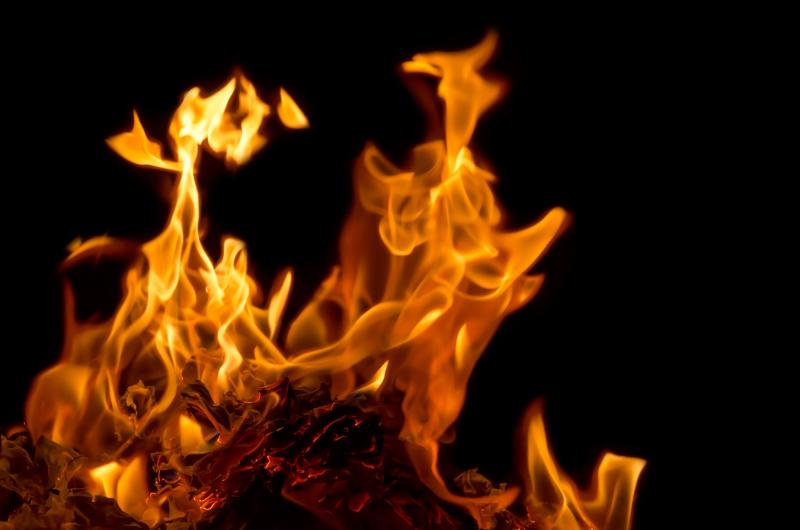 Learning from history should keep us from repeating our mistakes. Yet when it comes to environmental politics, the opposite seems to be true. History and improved scientific understanding fail to inform, while alarmism and irrational fears drive policy.

“I didn’t want to put my kids in these pajamas [which were treated with chemical flame retardants], so we bought their pajamas in Europe when we were there,” he recalls in a 2014 interview.  In 1977, Ames and Arlene Blum published an article in Science that advocated banning of tris(2,3-dibromopropyl)phosphate, commonly known as “tris,” for use in pajamas. At the time, tris was applied to sleepwear in order to meet federal flammability standards set by CPSC.

That same year, CPSC banned the use of tris in sleepwear, even as it admitted in the Federal Register that it had: “no conclusive data that establish TRIS has caused cancer in humans.” CPSC banned the chemical solely because it caused tumors in rodents exposed to very high levels. At the time, scientists believed that was enough to demonstrate cancer risk in humans.  After all, CPSC noted, “all known human carcinogens have been shown to be carcinogenic in laboratory animals.”

However, Ames did not continue to advocate bans. Instead, he and his colleague Lois Swirsky Gold decided to critically evaluate the prevailing wisdom about rodent tests. Ironically, within a decade, Ames’s research thoroughly debunked claims that such trace chemicals pose a significant cancer risk, which invalidated his own fears about tris.

Ames and Gold found that it wasn’t the chemicals themselves that caused cancer in rodents, but the high doses. “High doses can cause chronic wounding of tissues, cell death, and consequent chronic cell division of neighboring cells, which is a risk factor for cancer,” Ames and Gold explained in a 1997 research article.

In fact, Ames and Gold found that these tests caused tumors in rodents even when the chemical tested were naturally occurring chemicals found in many healthy foods, such as apples, carrots, and other fruits and veggies. They concluded: “There is no convincing evidence that synthetic chemical pollutants are important as a cause of human cancer.”

Yet the facts don’t seem to matter much in this debate. Even today, faulty rodent tests are being used as the basis for banning flame retardant chemicals.

Consider the evolution of policy regarding three Polybrominated Diphenyl Ethers (PBDEs) flame retardants: penta-BDE (used for foam furniture) and octa-BDE (used in plastics for business equipment), and deca-BDE (used in electronics such as television sets). These chemicals are not dangerous when used in consumer products. Activists are targeting them for the same faulty reason they targeted tris—they are rodent carcinogens. But again, so are chemicals that are naturally found in carrots, apples, and plums.

Green activists have been able to generate enough scary headlines to press manufacturers to voluntarily phase out these chemicals. The Chemtura Corporation (then called Great Lakes Chemical Corporation) was among the first, deciding in 2004 to phase out penta-BDE and octa-BDE.

The EPA took this opportunity to essentially ban these chemicals without any scientific justification. As the only U.S. manufacturer of these two chemicals, Chemtura eliminated the only legal domestic uses. The agency then quickly issued a rule that bars any new significant uses without first gaining EPA approval under the Toxic Substances Control Act (TSCA).

EPA admits it had no health risk justification for its action. “EPA has not concluded that PBDEs pose an unreasonable risk to human health or the environment,” the agency explained on its website. “However, due to growing concerns, EPA believes that the phase out and the regulatory action taken in this announcement are useful steps to minimize and ultimately help prevent further exposure to these chemicals.” As a result, these chemicals are now effectively banned.

In 2009, the EPA pressured two U.S. producers (Chemtura and Albemarle) and one importer (Israel’s ICL Industrial Products) of deca-BDE to “voluntarily” phase it out as well, ending production and importation by 2013.

Now activists - including Arlene Blum, who unlike her 1977 co-author Bruce Ames continues to believe that if it's carcinogenic in rats it should be banned in humans - want to ban potential replacement products for the PBDEs, petitioning CPSC to ban all organohalogen flame retardants without any real scientific justification.

And there you have it: Old and faulty science coupled with activist generated fear is driving this debate. Banning flame retardants simply because they may kill rats in labs is absurd given the fact that fires actually kill people in their homes. If we continue to eliminate flame retardants, we can expect that fires will burn hotter and move faster, and more people will die as a result.

Angela Logomasini is a Senior Fellow at the Competitive Enterprise Institute and the author of Fanning the Flames: How Banning Flame Retardant Chemicals Puts Consumers at Risk.