Recently on Real Clear Science, Ross Pomeroy published an article Why Nothing Can Be Truly ‘Unnatural’, in which he denounces attempts to oppose homosexuality on scientific grounds.  However, after reading it, I am left with the feeling that he is not simply reporting science, but perhaps being a little bit like an old-fashioned nanny telling her charges what is or is not proper.  If so, he will be firing a shot in

I say Western, because we have the same sort of stuff over this side of the Atlantic.  So here, for starters, is a picture representing one aspect of the culture wars, namely two monsters which I will call Homophobia and Homophilia. 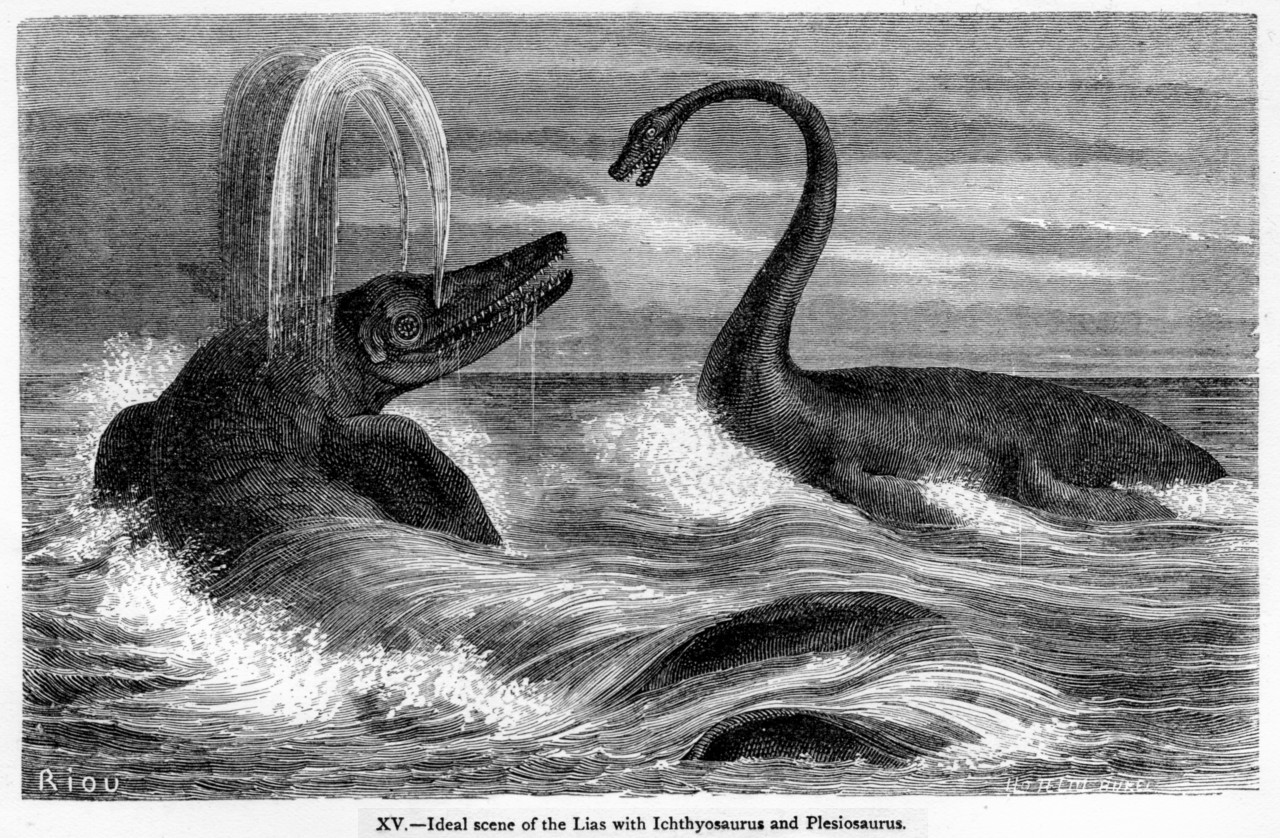 In 1936 after our king Edward VIII abdicated in order to marry Wallis Simpson, the then Archbishop of Canterbury, Cosmo Gordon Laing, went on air to deliver a pompous ‘victory’ speech which some regard as having delivered a major blow to the popularity and authority of the Church of England.  But these days it is, one might say, the ‘antichurch’ which is increasingly coming over as smug and self-righteous.  Polite society would call this a complete somersault, but that is not a good description, because unless one is considering electron spin, one comes around the same way up.  There is a somewhat more anatomical military expression, but perhaps not suitable for these pages.

I recently read in Consenting to a kiss, an online article from Egypt

The sex guru claims that she has a cure for homosexuality and that some of her “patients” have been “cured” in four or five sessions. “Others take up to 20 sessions,” she says.

It may well be that this is what I call “quacktology”, but the way things are going in the West, it seems that even if an effective therapy could be developed, offering it would be treated as criminal and even suggesting it regarded as heretical and sinful.

How has this situation come about?  In delving back into history, one has to be careful.  As Owen Barfield once remarked of Max Müller:

he seems to have gone out of his way to seek for impossibly modem and abstract concepts to project into that luckless dustbin of pseudo-scientific fantasies — the mind of primitive man.

But one may at least imagine oneself back in Neolithic Europe, where there may well have been the practice of fertility rites.  Did people, come spring, ‘frolic in the furrows’ to ensure a good harvest?  Maybe, maybe not, but if so, inclusion of same-sex coupling would likely have been regarded as throwing a spanner in the works.

I will race over the classical and mediaeval periods, which were entertainingly covered recently in a three-part series Sex and the Church by Diarmaid MacCulloch, Professor of the History of the Church at the University of Oxford and a founder member of the Lesbian and Gay Christian Movement.  Much of interest came out from his series, in particular how the attitude of the Mediaeval church to homosexuality owed much to Greek thought which came into the church during the early centuries.  The Classical Greeks, as we all know, were not infrequently involved in man-man coupling: but it was always the superior man (by rank or age) who was the active partner and the inferior man the passive one.  However, although women were regarded as grossly inferior, if any young Greek man were not to grow up into a sexual interest in women this was not regarded as right, and Aristotle in particular classified biological as opposed to cultural homosexuality as unnatural.

I disagree with him to a certain extent, where he draws the conclusion that it was the church’s interest in details of sexual behaviour is what led to Western society becoming so sex-obsessed as compared with other cultures.  In spite of his Scottish name, he comes across as so very typically English, unlike myself who almost certainly has a much closer appreciation of non-European cultures.  I think it is prosperity, rather, which has provided the fertile ground for this — one has only to see the change that has comes over the Times of India in recent years to see what I mean.

He does note that when homosexuality was decriminalized in Britain, the Church of England played a surprisingly positive role in this.  To me, though, it is not so strange.  The 19th Century law under which Oscar Wilde and Alan Turing were prosecuted was the Labouchere Amendment, brought into force by a man described as a crypto-agnostic and who was a close associate of Charles Bradlaugh, one of the most prominent atheists of that time.  (In 1880 they became Members of Parliament for Northampton and Nottingham respectively.)  Our parliamentarians of that time would mostly have been to what we call public schools, but which Americans would regard as expensive private ones.  In such an all-male environment, they would have known about, or even been subjected to what someone has called “Greek sex”.  Americans please note: over this side of the Atlantic “fagging” refers to a system in such schools where younger boys acted as servants to older ones.

Britain is, of course, very different from America.  Voltaire, on his visit to England, was gratified to see how comparatively little religion had to do with the making of public policy, and by 1909 G.K.Chesterton wrote of

the absurd pretence that modern England is Christian.

So there are two basic senses in which one can interpret the term “homophobia”: one, a hatred of homosexual people, but the other, fear of being subjected against one’s will to homosexual practices and customs.

According to The Strange Death of Moral Britain, in the early 19th century hostility to homosexuality was based on two premises: one, that it was bad for military virtue, and two, that it was a French practice.  The latter may be based on a false premise, but the development from it is still very logical.

The Amazon summary of this book goes:

The culture wars about abortion, capital punishment, and homosexuality that have convulsed the United States have little meaning in Britain, where there is neither a moral majority nor an indigenous emphasis on rights. In the period when Britain had a strong national and religious identity, defense of this identity led to legal persecution of male homosexuals. As Britain’s identity crumbled, homosexuality ceased to be an important issue for most people. Similarly, all the pressing questions on abortion, capital punishment, and homosexuality were settled permanently on a purely utilitarian basis in Britain, where all sources of moral argument are weak. The ending of the death penalty marked the decline of the influence of the official hierarchies of church and state, the Church of England, the armed forces, and their representative, the Conservative Party.

At present, America is awaiting a certain decision, with headlines like Supremes to rule on same-sex marriage: which way, I wonder, will Diana Ross vote?  Which brings me to another classical Greek phenomenon: the disagreement of Plato and Aristotle.  In mediaeval times, this resolved itself into a dispute between Realists and Nominalists.  The Stanford Encyclopaedia of Philosophy says:

According to History in English Words by Owen Barfield, the evolution of our language itself shows that we have changed from being thinkers to observers, from being Realist to becoming Nominalist.

This to me indicates a shift from thinking about What is right? to What are my rights? which manifests itself in this present contretemps: Baywatch beach row over topless sunbathing.  Apparently, some ladies are arguing that if men can sunbathe topless, so can they.  But is this a matter of rights as being common to both, simply because (as Dorothy L. Sayers says in Are Woman Human?) we are people first, and wo/men second?  Or are fe/male rights different over this matter?  If they are different, some might argue from this that showing the female breast is indecent, but there is also the logical possibility that men showing their “flop’n’dangle” is indecent in a way not found in female nudity.

D.H.Lawrence wrote of ‘the gladness of a man in contact with the unknown in the female, which gives him a sense of richness and oneness with all life’.  Here he is talking of life as a Platonic eidos (no Latin or English equivalent can do the word justice.)  From a Nominalist viewpoint, that would make no sense: would the couple feel at one with all the soil bacteria that are being disturbed by their activity?

So can one treat male and female as being an eidos or eidoses?  (I can’t do the Greek plural off the top of my head.)  The LGC movement criticized Pope Benedict XVI has over his statement that gender theory could lead to the “self-destruction” of humanity, and I am sure they don’t like Pope Francis’s reference to it as a nuclear bomb.  In a certain way I think the two popes are right: if gender theory – which strikes me as Nominalist in the extreme – rules the roost, might we not be better off like the people on Planet Winter in Ursula K. LeGuin’s story The Left Hand of Darkness?

One of today’s Supremes is, I understand, Justice Anthony Kennedy, of Planned Parenthood vs. Casey (1992), who wrote around that time that at the core of liberty is “the right to define one’s own concept of existence, of meaning, of the universe, and of the mystery of human life.”  That is Nominalist in the extreme.

But certainly, in an almost Barfieldian way, the understanding of marriage — in general — seems to have changed.  In I’m Gay, And I Oppose Same-Sex Marriage, an author writers:

It seems as though most people view marriage as little more than a love contract. Two people fall in love, agree to stick together (for a while, at least), then sign on the dotted line.

which is very different from the sex-based original (sex as in male and female, rather than what Sheldon Cooper refers to as coitus.)  The transformation seems almost as complete as that which occurs during the larval development of starfish.  To quote from Living Invertebrates:

The final stages of metamorphosis are completed rather rapidly.  A new mouth breaks through on the larval left side through the middle of the ring canal, while a new anus opens on the larval right side, thus producing an adult axis at right angles to the larval axis.  The 5 radial canals grow out and develop tube feet, the body takes on the adult shape, and the young sea star crawls away to a new life.