Carlos Peres
Not so long ago it was thought that Amazonian forests and other tropical rainforest regions were completely immune to fires, thanks to the high moisture content of the undergrowth beneath the protection of the canopy tree cover. But the severe droughts of 1997-98, 2005, 2010, and currently a large number of wildfires across northern Brazil have forever changed this perception.

These severe ‘mega-droughts’ in the Amazon were most likely driven by interacting large-scale climatic events, with the warming of the Atlantic increasingly outweighing the drying effects of El Niño Southern Oscillation (ENSO) events in the Pacific.

These droughts are clearly becoming far more frequent and more severe and are generating the conditions conducive for either man-made or natural wildfires that affect vast areas of previously unburnt Amazonian rainforests, which represent half of the world’s remaining tropical forests and are home to 25 million people in Brazil alone. It is a wake-up call of worse things to come as the climate changes to exacerbate extreme rainfall conditions, and test the flammability threshold of some of the highest biomass terrestrial biomes on Earth. 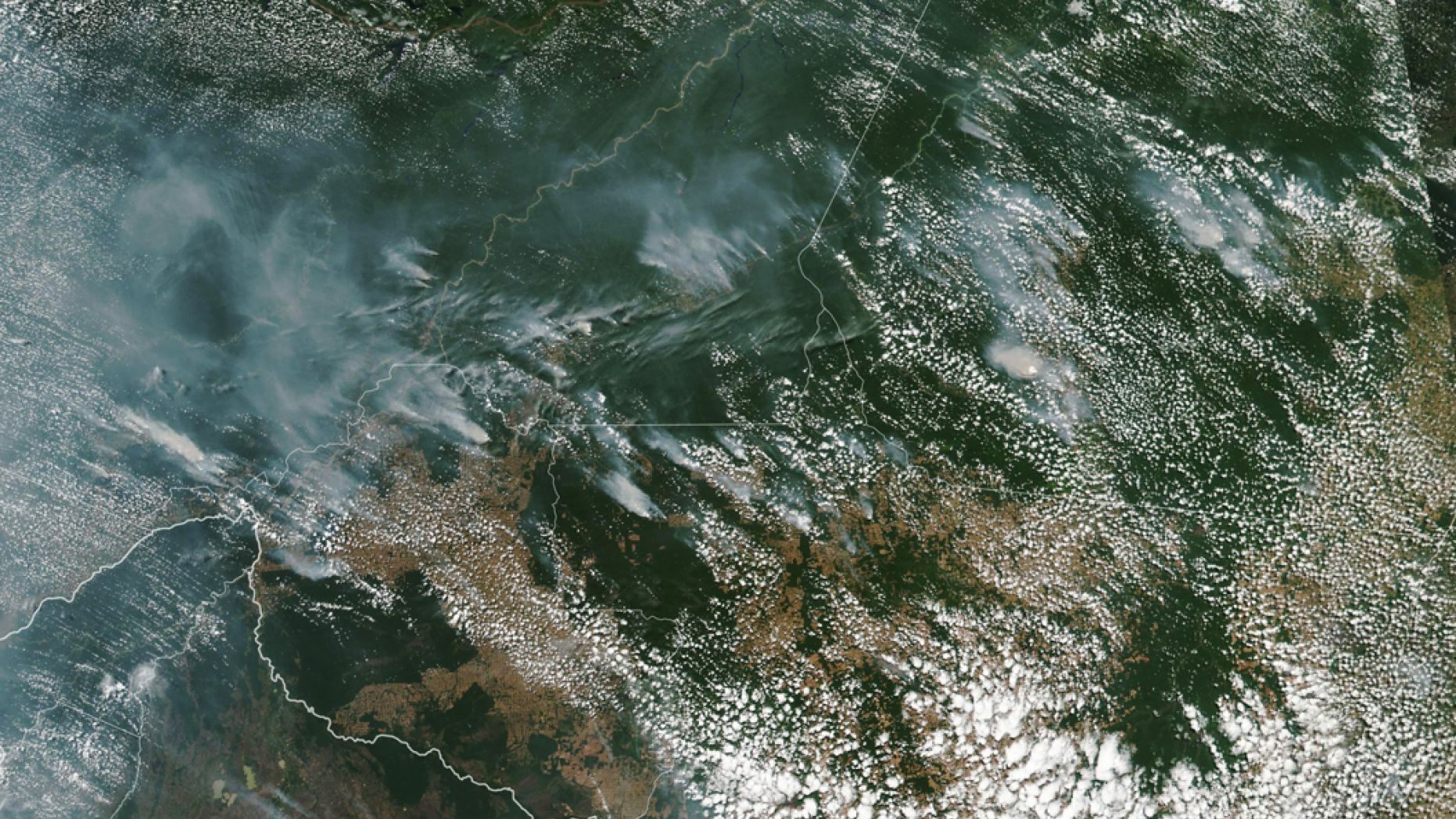 This has been manifested yet again this month, leading to thousands of wildfire conflagrations across all states of the Brazilian Amazon including some 60% of Brazil’s territory in Acre, Amapá, Amazonas, Pará, Rondônia, Roraima, Tocantins, Mato Grosso and portions of Maranhão. Many are now witnessing the worst fires in living memory, following long periods of consecutive days without rain. Major fires have also caused severe losses, burning dozens of houses, shops, churches and schools to the ground. In the last 48 hours or so, 1373 discrete fires have been recorded, about half of all fires detected over the same period throughout Brazil.

The big difference between these and previous burning seasons is that this one is largely motivated by a presidential administration in Brazil that is severely hostile to virtually any forest conservation issue, clearly the worst anti-environment political climate in my lifetime. The newly elected Bolsonaro administration in Brazil has rapidly dismantled Brazil’s institutional capacity to confront any threat against wild nature, while unleashing a widespread sentiment of impunity to thousands of landowners as haphazard agricultural frontiers continue to expand.

Curiously, it has been shown that the current widespread fires are taking place despite the fact that current levels of atmospheric moisture are far less severe than during previous droughts. Widespread international alarm against the current environmental mismanagement of the Brazilian federal executive is entirely warranted. Yet President Bolsonaro and his cabinet continue to “shoot the messenger” of bad news and even blame environmental NGOs for setting fire to the forest, without a shred of evidence.

Few people consider the hydrological ecosystem services of tropical forest cover in buffering extreme climatic conditions, and fighting dangerous run-away climate change. In terms of their very hydrological viability, tropical rainforests sit on a tight-rope. Depending on local soil conditions, extreme droughts can rapidly breach their fire immunity threshold, setting in motion a process in which unprecedented local fires lead to much larger and more intensive fires. Very little in the evolutionary history of these great forest ecosystems has prepared them for the massive levels of tree mortality to which they will likely succumb.

As we have shown in our research work, these fires lead to wholesale irreversible changes in the structure and composition of forest ecosystems, impoverishing both their biodiversity capital and capacity to generate critical forest ecosystem services, such as carbon retention and water cycling. They also severely degrade the livelihoods of local people who depend on these forests for a number of extractive assets.

Confirming my worst fears, this year's burning season across the Brazilian Amazon is yet another vivid reminder. The threats to the Amazon have never been louder and clearer, and Brazil should honor its national to global responsibility to ensure the effective protection of the world’s largest tropical forest. The predicament of the Amazon and other major tropical forest regions has never been so uncertain. The last thing we needed in these difficult times was a stupefying short-sighted presidential administration that is hostile to all things related to a sustainable environment.
Carlos Peres
More Articles All Articles
About

Born in Belém, Brazil, University of East Anglia Professor Carlos Peres was exposed to Amazonian natural history from age seven and his father's...