I've written this post to address some of the issues raised in the comments to my first post on the evolution versus creationism debate.

(1) A major reason that Biblical creationism thrives in certain parts of America is because -- unlike every other highly developed country in the world -- we do not have a national science curriculum.  America has a very strong tradition of "home rule" which means that state and local school boards can choose, if they wish, to exclude any discussion of evolutionary mechanisms in biology classes.  (I was elected to my own local school board in Princeton, NJ, where the teaching of evolution has never been disputed.)  Children who go to public schools (or Catholic schools) in western Europe and Asia learn biology (life sciences) in a complete sense, which incorporates evolutionary thinking at every level of analysis from genes to cells to whole organisms, populations, and ecosystems.  These educated children have opportunities to pursue scientific careers that creationists don't even know exist.  This is why the exclusion of 50% of America's children from knowing about evolution diminishes our country's competitiveness.

(2) To "do" science of any kind, you must learn what has been done previously and what the state of the field is at the present time. I am not ashamed of the fact that I needed to take three years of college courses in physics and math (16 courses in all) before I was able to understand quantum mechanics and general relativity to a degree where I could actually use these concepts to investigate unknowns. However, even with a Master's degree in physics (I switched to biophysics for my Ph.D.), I don't have the capacity to critique modern ideas like string theory -- but I am not ashamed of this either.  Unfortunately for students today, you can't even begin to take in-depth courses in modern molecular biology without first completing college-level courses in physics, chemistry (organic and inorganic), and math.  Then you'll need to study formal genetics, population genetics, biochemistry, cell biology etc. before you can truly understand the modern synthesis of evolution-genetics-developmental biology that is driving the biomedical enterprise.   This is not an insult against anyone's beliefs or knowledge.  It is simply a fact of the depth and breadth of modern science.

(3) I think the following quote from Natalie Angier (a science journalist for the New York Times) explains what good science is, and why not all scientists are good scientists:  "“Scientists try—not all of them, but the good ones—to be their own worst enemy. They try to disprove their own pet theories .  .  . [Like everyone else, scientists] have a lot of pre-conceived notions, and [they] have to fight against them all the time. Really good scientists will do that. It's an ideal; obviously hard to reach.”

(4) One reader asked me to respond to the three questions first posed by Josh.  I don't expect any creationists to be convinced by my short answers, but here they are for those with an open mind:

Statement 1:  All living things on earth today can be traced back to a single cell.

The best evidence comes from comparisons of DNA sequences.  Actually, your DNA and mine still retains traces of genetic information (which no longer functions) from that original cell.  Go to the human genome project website to see the details. Here's a link to a gene associated with Alzheimer Disease (when mutated) that shows its homologues in 7 distant species.  You can tool around the site to see any gene you like.

Statement 2: The earth is over three billion years old.

Take a look at the picture below that I took in Corsica, France. The geological strata were either placed there over hundreds of millions of years, or they were placed there by a God to trick us.  Not only is there no evidence for the latter hypothesis, but if it were correct, the entire foundation of modern science would be wrong, and airplanes would fall out of the sky (unless God holds them up.)  I can't disprove the God theory -- which is exactly why it is not a scientific theory. 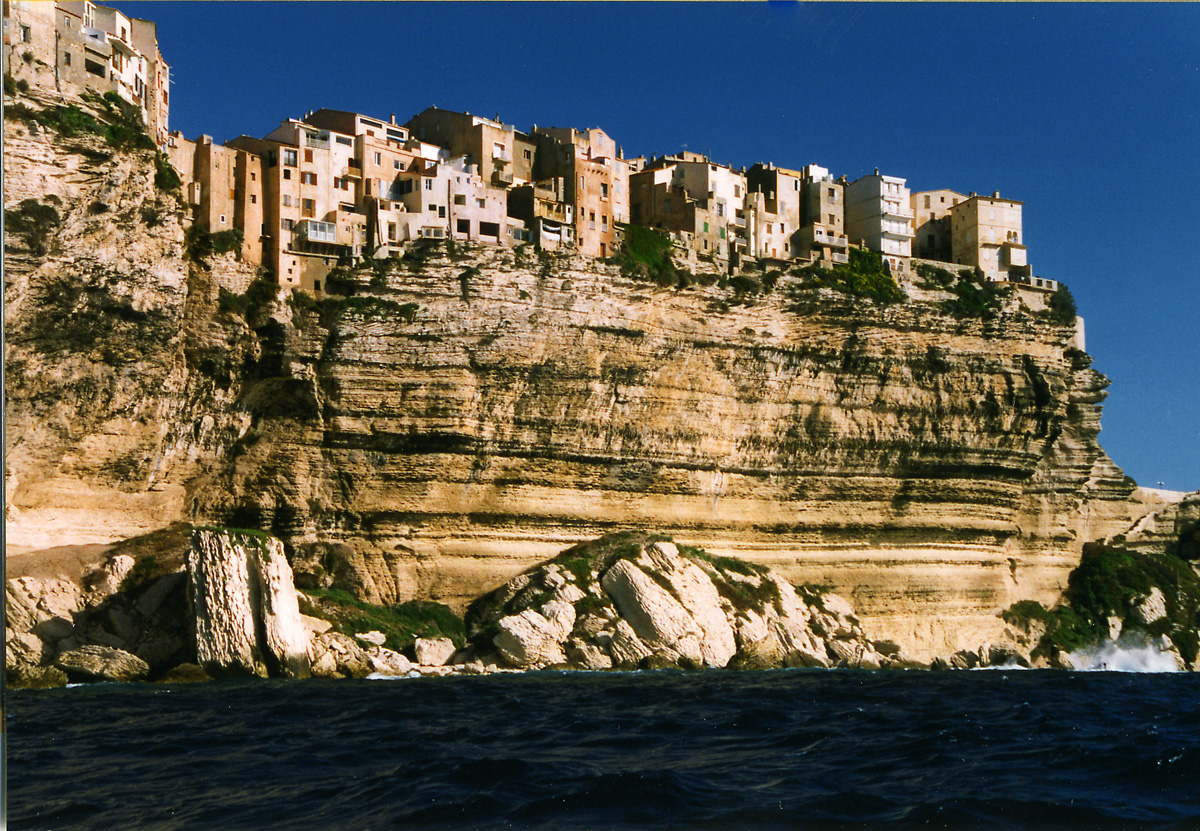 Question from Josh (#3): Evidence for a common ancestor: see answer to statement #1.

Professor of molecular biology and public policy at Princeton University , Silver has a Ph.D. in