In 1984 Prince Charles provoked controversy when he called a proposed extension to London's National Gallery a "monstrous carbuncle".

What is good and what is bad about architecture?  Science and engineering can tell us how strong a building is, but not how beautiful or ugly.  Psychology might help, but should we have regard to science when we design a building ?

...  there is one prize that the profession does its best to avoid winning. The Carbuncle Cup, for the ugliest building of the year, was launched by Building Design magazine in 2006, "for crimes against architecture".

For me, Redcar's helter-skelter gone wrong is a "crime against architecture". 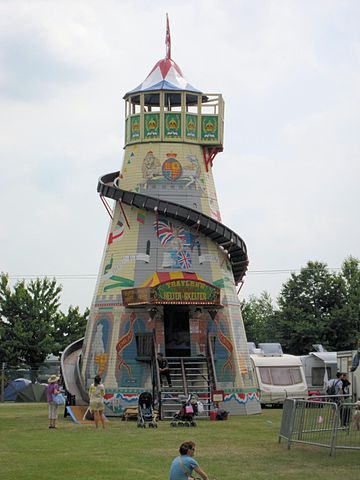 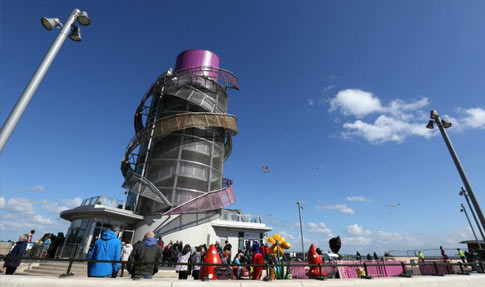 Call me old-fashioned, but I think the Palace of Westminster is an example of good architecture, and there really is no sound better than the chimes of Big Ben - 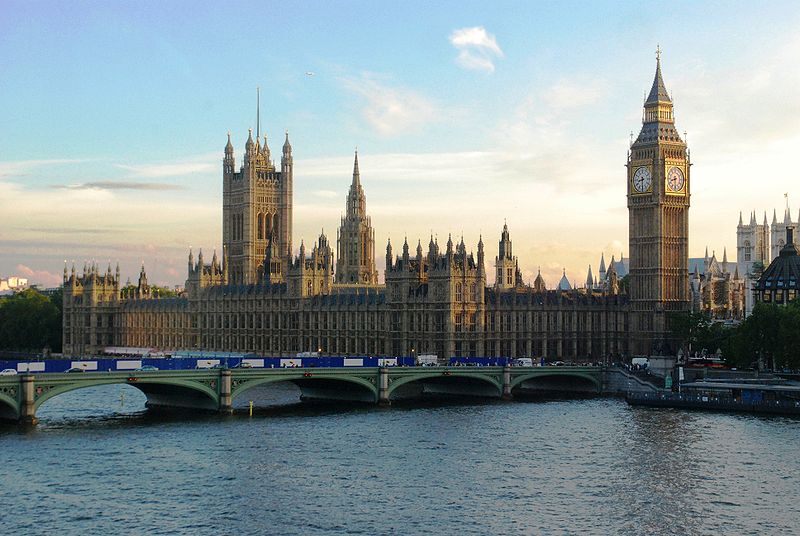 As for the building itself, it was almost a disgrace to the architecture of the metropolis.  Looked at from one point of view, it had the appearance of a home for lost dogs, with its gargoyles, corbels, and mastiffs; from another, it reminded one of a cattle-market; while any person seeing it from the rear would imagine it was a railway station.
Mr. E. Jenkins, Commons Hansard, June 07, 1878

Mr. Ayrton said ...  from beginning to end the whole building was nothing but a piece of mediæval folly. It carried them back 400 or 500 years with no other end than to deprive them of all the advantages which science had since placed at their disposal. Instead of ample light there was obscure glass, in order to imitate a period when the manufacture of glass was in its infancy; and although our manufacturers now produced the most beautiful crystal, the House was full of little trumpery pieces of glass a few inches square, inserted in lead casing, and dignified by the name of windows. What could have possessed the mind of any man, or any set of men, to insist that everything about the Houses of Parliament should accord with the ignorance of some hundreds of years ago, rather than with the advanced intelligence of to-day! And this was called the perfection of art! Why, ornaments of the most trumpery kind stared you in the face at every turn. Look at the absurd paintings within the House, which led many Members to attend very little to what was being done, while some could hardly rise to speak without having their thoughts distracted by the lions and the dragons, and the rest of it. This trumpery was repeated from one end of the building to the other. If some man at Birmingham had contracted to erect the Palace, one could have understood his reasons for casting the portcullis and the Tudor rose by the dozen, and for sticking them together afterwards, in all parts of the buildings; but that men should carve stone after stone with a repetition of the same design, that they should scribble the history of England in writing which nobody could read, so that the very policemen on duty had to say, "You must turn the other way, Sir, to look at that," passed all comprehension. Yet this was called decoration! It was a disgrace to the country to have erected such a building at all, and the ornamentation exhibited such an utter poverty of sentiment that if the matter had been left to a parcel of schoolboys they could not have devised anything more contemptible.

Mr. Alderman Salomons said, that as they were talking about the Houses of Parliament, he would beg leave to ask, to whom they were indebted for the funeral notes which every hour struck upon the ear of the House? He hoped that the First Commissioner of Works, or Mr. Denison, or Sir Charles Barry, or whoever it was that was responsible, would try to make some alteration in the tone of the bell. It was too bad that the Members of that House and the people should be condemned from hour to hour to hear that dreadful noise,
...
Mr. Fitzroy said, he believed the bell was constructed with the greatest possible care by a gentleman who was supposed to understand the manufacture of bells better than any man in England. The combination of the metal was such as was calculated to produce the most harmonious tones. He was not a judge as to whether it had had that effect, but if the sound were an infliction, he was afraid they were likely to remain under it for a considerable time.

Mr. Hankey asked, whether there was any chance of the bell sounding more like ordinary bells. At present it inflicted great annoyance upon the public and the House. He wished to know who was responsible?
...
Sir John Pakington said, he thought there was no hope that the bell would ever give forth any other sound
Commons Hansard, July 15, 1859