Patrick Lockerby
King Coal And The Heat Values Of Fuels


A Potted History Of The Human Use Of Coal

The term 'coal' covers many different materials with a common property: they are materials high in carbon which were formed from plant residues under pressure and over geologically long periods.

Newcomen's engine was designed specifically to pump water out of mines.  It was very inefficient and consumed excessive amounts of coal.  At coal mines the running cost in coal was ofset by the access afforded to coal galleries which would otherwise have been below the flood level.

Away from the coal-producing areas, a pumping engine presented significant costs in the purchase and transport of coal.  There was also the practical matter that this was still an age of generally poor roads, with limited carrying capacity.  Britain's transport infrastructure up to that time might well be described as mud and mules.

Improvements in steam engine design coincided with the development of Britains canal system between about 1600 and 1800.  From about 1770 onwards there was a series of dramatic improvements in steam engine efficiency.  Most notably, James Watt made a major design change.  The Newcomen engine condensed the steam which had been used to move the piston by injecting water.  The cooling and condensing caused atmospheric pressure to move the piston on its power stroke.  James Watt's improvement was a condenser external to the steam cylinder.

With improved efficiency came reduced coal consumption.  This economy led to the more widespread use of steam engines, so overall demand for coal continued to rise.  A major boost to the rise of steam engines, King Coal and the industrial revolution was Richard Trevithick's development of the high-pressure engine.  The power in previous engines had come from atmospheric pressure acting against a reduced pressure due to condensed steam.  Improvements in the technology allowed higher boiler pressures, in turn allowing steam pressure to be used for the power stroke.

The continual improvements in steam engine design led to the spread of steam power into mines and factories across the whole of Britain.  Engines were developed to power boats and ships, and the consequent improvements eventually gave rise to the establishment of the steam railway.  By rail and by sea, right through until the middle of the 20th century, steam engines consumed vast quantities of coal for rail and sea transport. 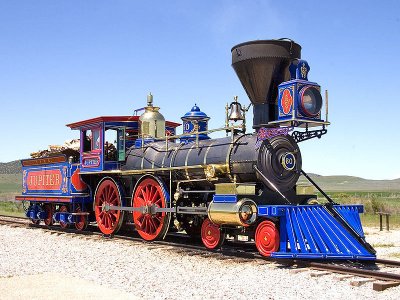 Although various other fuels were tried, throughout the age of the steam railway, coal was king.
The factory engine gave way to the power station turbine.  The internal cobustion engine was developed.  But still, coal was king.

Coal, Steam and the Laws Of Physics

The development of the steam engine and the later invention of the internal combustion engine owe a great debt to Nicolas Léonard Sadi Carnot. 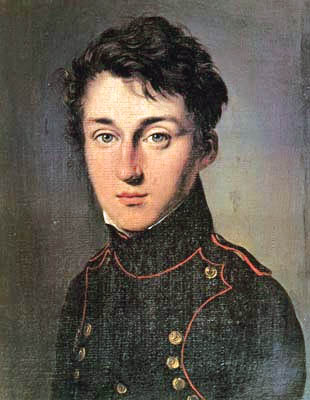 Carnot was not just a scientific investigator, he was a visionary who envisioned the then future rise of steam power and sought a scientific foundation for the design of generalised heat engines.  That foundation is the basis of the modern understanding of thermodynamics.

Here are a few quotes from Carnot's 1824 publication:  Reflections On The Motive Power Of Heat And On Machines Fitted To Develop That Power.

Everyone knows that heat can produce motion. That it possesses vast motive-power no one can doubt, in these days when the steam-engine is everywhere so well known.

To heat also are due the vast movements which take place on the earth. It causes the agitations of the atmosphere, the ascension of clouds, the fall of rain and of meteors, the currents of water which channel the surface of the globe, and of which man has thus far employed but a small portion. Even earthquakes and volcanic eruptions are the result of heat.

From this immense reservoir we may draw the moving force necessary for our purposes. Nature, in providing us with combustibles on all sides, has given us the power to produce, at all times and in all places, heat and the impelling power which is the result of it.
...
Already the steam-engine works our mines, impels our ships, excavates our ports and our rivers, forges iron, fashions wood, grinds grain, spins and weaves our cloths, transports the heaviest burdens, etc. It appears that it must some day serve as a universal motor, and be substituted for animal power, water-falls, and air currents.
...
The most signal service that the steam-engine has rendered to England is undoubtedly the revival of the working of the coalmines, which had declined, and threatened to cease entirely, in consequence of the continually increasing difficulty of drainage, and of raising the coal.
...
To take away to-day from England her steam-engines would be to take away at the same time her coal and iron. It would be to dry up all her sources of wealth, to ruin all on which her prosperity depends, in short, to annihilate that colossal power
...
The phenomenon of the production of motion by heat has not been considered from a sufficiently general point of view. We have considered it only in machines the nature and mode of action of which have not allowed us to take in the whole extent of application of which it is susceptible. In such machines the phenomenon is, in a way, incomplete. It becomes difficult to recognize its principles and study its laws. In order to consider in the most general way the principle of the production of motion by heat, it must be considered independently of any mechanism or any particular agent. It is necessary to establish principles applicable not only to steam-engines* but to all imaginable heat-engines, whatever the working substance and whatever the method by which it is operated.

Through the practical application of Carnot's scientific findings, heat engine design continues to improve into the present day.

The Heat Values Of Fuels

The heat values of fuels can be found expressed as HHV and LHV, respectively higher heating value and lower heating value.  Why have two values?  Recall that Newcomen's engine was a condensing engine.  Watt's improvement was an external condenser.  Once steam pressure could be raised well above atmospheric pressure a condenser was not necessary to the basic function of a steam engine.

Some later designs of steam engine used a condenser to recover waste steam.  This reduced the amount of water that a steam loco needed, useful where water was scarce.  It reduced the volume of steam emitted, useful in underground railway tunnels.

Even where waste steam is recovered, the basic steam engine will always waste energy.  Broadly speaking, steam is used to provide mechanical energy and is then exhausted.  The exhausted steam carries a heat equivalent of fuel which is wasted.

In the combustion processes of an internal combustion engine waste by products are created.  One of these is water.  The water is converted to steam which is ejected as part of the exhaust gases.  The heat used to convert the water to steam is lost in the exhaust and makes no contribution to the power of the engine.

Put quite simply, LHV represents the useful part of a fuel where heat energy is wasted as the latent heat of vaporization of water - the energy 'soaked up' by water in the process of turning into steam.

When comparing engines it does not matter which of LHV or HHV is selected to be used, provided of course that there is consistency of choice.  When comparing fuels, HHV should be used to maintain a comparison of like with like.

Discussion:
Building on Carnot's foundations we can show that the combustion of fuels can never be a 100% efficient process.  Quite apart from the emissions in exhaust gases, all fuel combustion engines inject heat into the environment.

Given the strong basis in physics of observations that the human combustion of fuels dramatically affects our shared planetary environment, and the fact of some seven billion humans all contributing to this, should we not be taking real, meaningful and honest steps to reduce our environmental impact?

All images obtained through Wikimedia Commons.