Tweet
Getting a Nobel Prize in science can be tough.(1) You have to do good work and be a little lucky, but here is a way to win one guaranteed.

You just need to go to Nate D. Sanders Auctions on July 29, 2021 and be the high bidder for the 1980 Nobel Prize in Physiology or Medicine awarded to George D. Snell.

Organ transplants began in 1954 with a kidney and by 1968 doctors could do hearts, but there was a high compatibility risk - a strong genetic match was needed. Dr. Snell's work on Human Leukocyte Antigen, the genetic foundation of a body's immunological response to tissue and organ transplants which determines whether it accepts an organ or rejects it, became foundational in transplantation immunology.

Thanks to understanding of the histocompatibility system, and that more antigens on the leukocytes they share mean less rejection, the big issue now is availability of organs, not rejection.

Go here for your chance to win a Nobel prize without 70-hour work weeks. All you have to do is be the high bidder. And since the starting bid is only $200,000 it's also far more affordable than every Nobel Prize of the last 60 years. 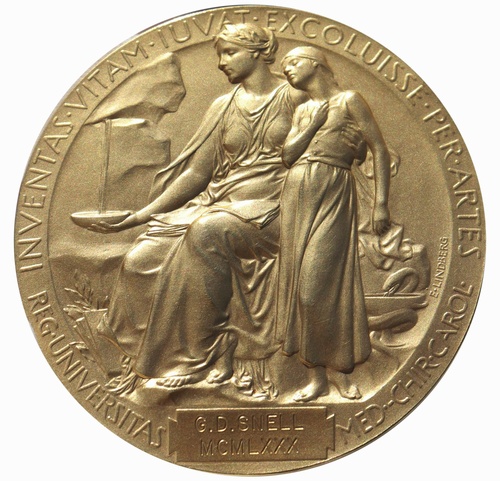 (1) Peace and Economics don't seem too difficult, though. President Obama got the former just for making an inauguration speech as a Democrat and economics just requires finding ways to endorse higher taxes academically, being a failure in actual economics, and waiting. Basically, be former Enron advisor Paul Krugman.