Tweet
Most people know that domesticated dogs and wolves share a common evolutionary tree, and that the branches were entangled for quite some time, but nothing drives that home more than a two-month-old canine puppy found in the permafrost of the Belaya Gora site in Siberia.

Is it a dog or a wolf? It was a male and radiocarbon dating gave the age range but DNA sequencing has been unable to determine the species.

Here is another amazing find from the Belaya Gora site!

Question: is it a #wolf cub, or possibly the oldest #dog ever found?

We are hoping to answer this by sequencing it's genome (it has 43% endogenous DNA).

But what do you think? pic.twitter.com/MTZ918GFBf

Named "Dogor" by the researchers (Yakutian for "friend") has been well preserved for the last 18,000 years, its fur, nose and teeth are all intact. If it is a dog, it would be the oldest discovered so far. Some estimate that dogs began to be domesticated as far back as 40,000 years ago but when they actually diverged is a mystery. A mystery that perhaps this "missing link" can help solve. 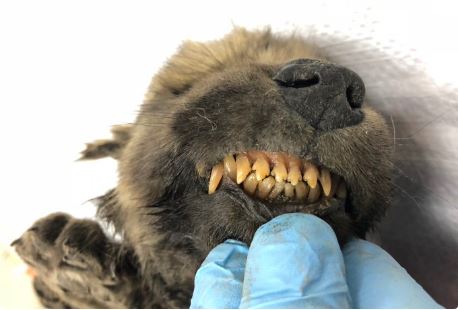