Tweet
In the summer of 2018, the Hayabusa 2 spacecraft arrived at the Ryugu asteroid and in October of that year sent out the Mobile Asteroid Surface Scout (MASCOT) lander to gather information about the surface.

Now the images taken during its 17 hour mission have revealed something interesting. The asteroid, just over half a mile in diameter, has rocks like carbonaceous chondrite meteorites but there seems to be no dust, like is on the moon. The rocks are instead "bright, with smooth faces and sharp edges, or dark, with a cauliflower-like, crumbly surface."

The rocks are instead "bright, with smooth faces and sharp edges, or dark, with a cauliflower-like, crumbly surface." 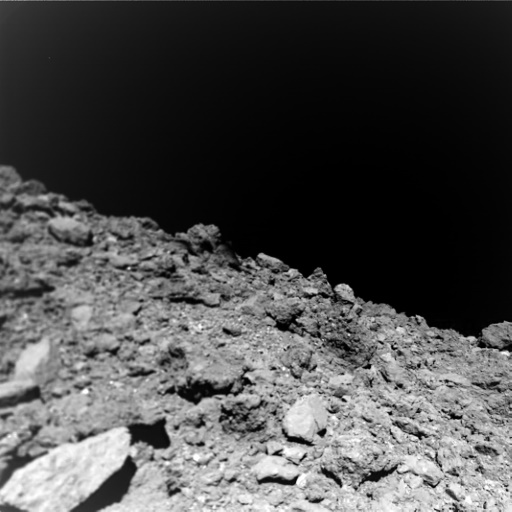 Ralf Jaumann at the German Aerospace Center’s Institute of Planetary Science in Berlin, who led the study, says there are three likely reasons. Fine dust particles become charged due to solar radiation and are removed by electrical forces, or the release of volatile gases from the surface might have blown the dust away, or just plain old physical motion busts it loose.