Tweet
Dr. Jed Rose has spent his entire career trying to get people to smoke fewer cigarettes, and to do so he invented the nicotine patch. He even invented an e-cigarette in the 1980s because he understood how people became addicted to a drug that "doesn't get people visibly high", even when the cigarette smoke that came with it could kill them.

But he has been around long enough to know that "anti-" forces, in business only because of money they got from the Big Tobacco Master Settlement related to cigarettes, a dwindling market, are going to look for new targets and are using a thousand illnesses related to bootleg vaping juice to suppress the legitimate smoking cessation and harm reduction fields. 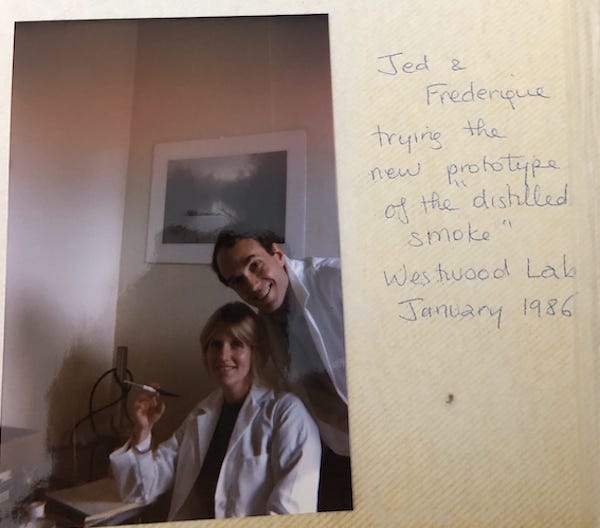 He says that public health institutions like the American Lung Association and the Campaign for Tobacco-Free Kids are overblowing fears about the potential health consequences of vaping in an attempt to "squelch an industry that has the potential to save millions of lives."

Rose invented the first nicotine patch in 1984 alongside his brother, Dr. Daniel Rose. Around that same time, he met Frederique Behm and they worked to develop a prototype e-cigarette (and they later married.)

"All this stuff, the really bad stuff that comes out of burning regular cigarettes, is something we always wanted to get away from, because it's really the culprit for all those diseases and cancer-causing agents in the burning tobacco," Behm-Rose told Hilary Brueck at Insider. "Nicotine replacement works to a certain extent. But that was never quite the solution for the true hard core smokers who really need to light up a cigarette in the morning, and go on to smoke a pack a day."