Tweet
Bioware has released the Mass Effect Legendary Edition, with graphical modernization and some gameplay improvements, but at nearly $60 it's not cheap.

Is the story still great? Yes it is, one of the best ever (dream sequences in Mass Effect 3 aside). Are the characters still compelling? Sure.

But it already was, so is it worth spending nearly $60 again?

That's a little trickier. If you already have the games, maybe not. If you don't, the story and characters won't be compelling enough to feel like you got value. While ME and certainly Mass Effect 2 made great advances in decision-driven story telling, they are not exceptional now.

Success will be about better graphics for existing players rather than hoping to get a new generation involved. New players to the IP that started with Andromeda likely hated Bioware's effort to put Skyrim in Space so if they buy this, it will be for $15 eight months from now. The big money today is in geezers like me who want better graphics, not just a fight with Saren that won't freeze up 50 percent of the time.

And it doesn't look all that good. It looks better, obviously, but in 2021 that is not enough. 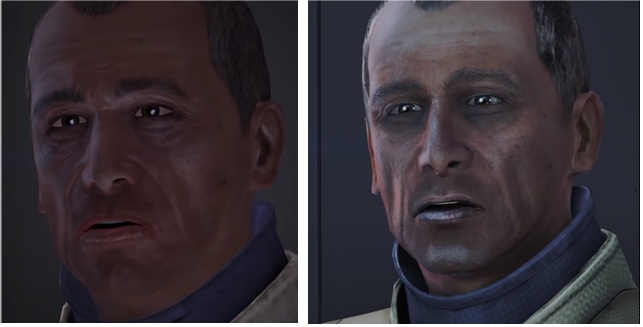 Let's look at another recent remake, Final Fantasy VII. This predated Mass Effect by a whole decade yet the the boost in graphics is not only far more substantial, it cost only $15.

Bioware note that they are including all three games plus the DLC, and that is great, but most players who liked the games also already had them. I not only have them on disc for the PS3, I have them digital on the Xbox. I played all three again in the runup to Andromeda...and haven't played them since. That is what huge mistakes do to gamers with money and time.

For us, the graphical update counts the most, not being able to play it on a newer machine.

And when it comes to the graphical update, it is a miss.